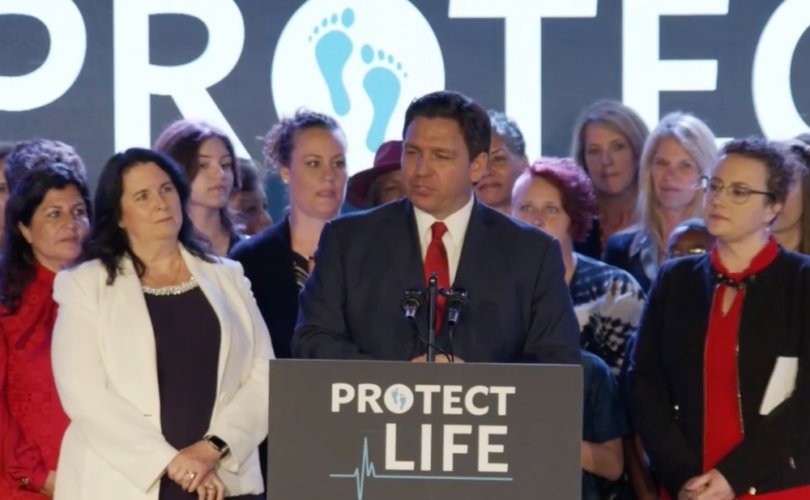 DeSantis said at a press conference on Florida’s “Improved Civics Literacy Rates” that his administration had been expecting this decision and will continue the “legal battle.”

“That was likely going to be what was decided in that case. We knew that we were going to have to move forward and continue the legal battle, and that’s something that was decided under state law,” DeSantis said.

“It was not of course something, you know, that we were happy to see,” he added.

The Florida law, which the governor signed in April, bans all abortions past 15 weeks with no exceptions for rape or incest.

However, the plaintiffs, including Planned Parenthood of Southwest and Central Florida, say that abortions are protected under the Florida constitution.

Cooper added in his ruling that Florida’s ban was “unconstitutional in that it violates the privacy provision of the Florida Constitution.”

“While we are disappointed with yesterday’s ruling, we know that the pro-life HB 5 will ultimately withstand all legal challenges,” a spokesperson for DeSantis’s office told the Hill.

The spokesperson added that DeSantis’s administration will appeal the ruling and ask the Florida Supreme Court to reverse its existing precedent regarding Florida’s right to privacy. “The struggle for life is not over.”

Florida is one of many states across the country that is facing a legal battle from abortion providers after the Supreme Court overturned Roe v. Wade a week ago, making abortion no longer protected under the U.S. Constitution.

Similar lawsuits have led to temporary blocks on abortion bans in states including Louisiana, Texas and Utah.