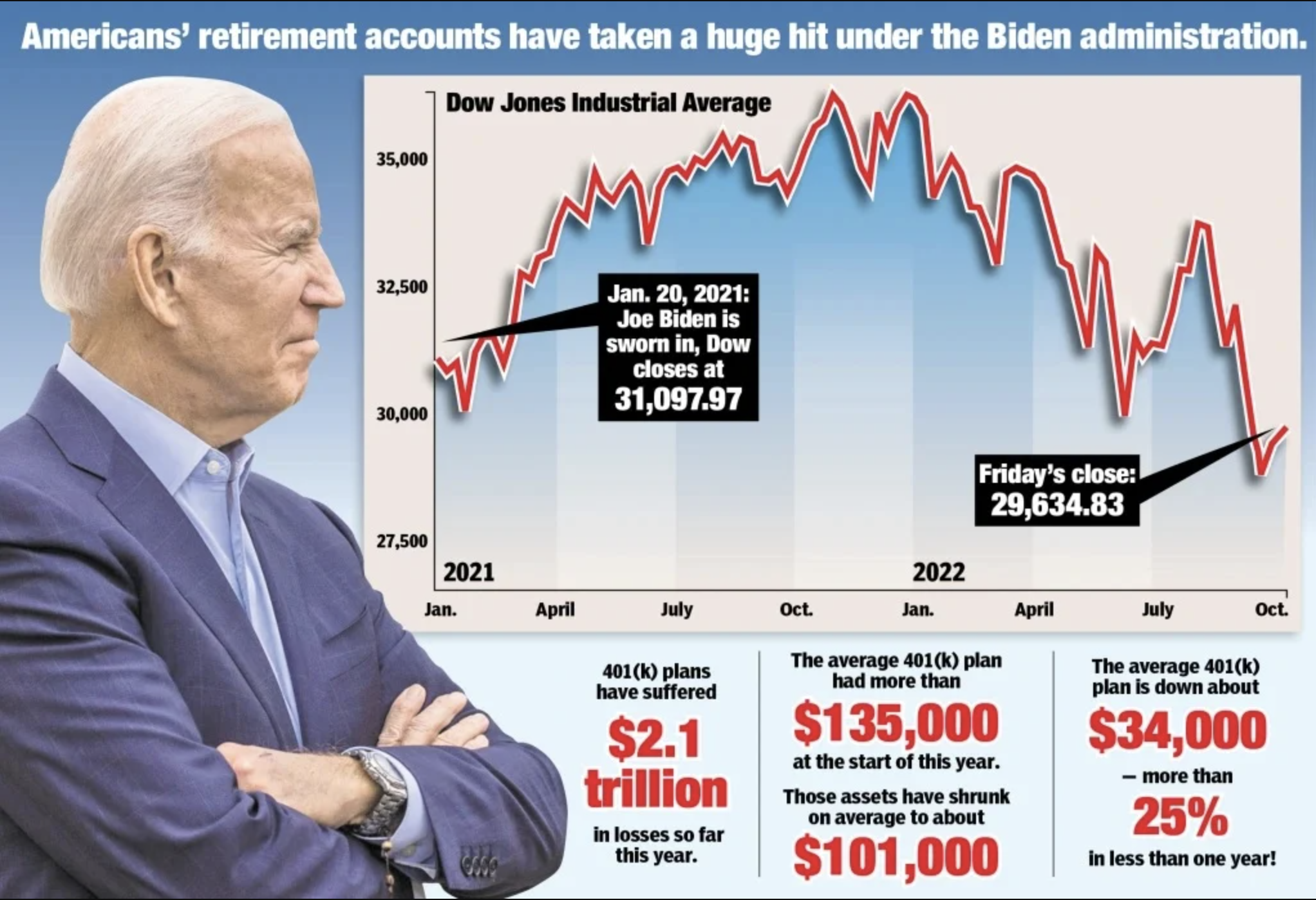 The Biden economy is crushing Americans’ savings and retirement accounts.

Trump economist Stephen Moore with E. J. Antoni write at the New York Post that Americans’ savings are being destroyed by the Biden economy.

Not surprisingly, since President Biden took office, monthly savings have collapsed, falling 83%. (We could never understand how Biden could say with a straight face that Americans are saving more. His “transformation” of the US economy has had just the opposite effect.) Many millions of Americans who are living paycheck to paycheck just don’t have the money after paying the inflated bills to save much.

But to add insult to injury, even what has been already saved and invested by older Americans over past years and even over several decades has been erased from these accounts.

Thanks to the thief of inflation.

When Joe Biden took over he was handed an excellent and growing economy.  But he blew it.

President Trump put in place the greatest economy in US history.

But Biden destroyed the Trump economy by killing the energy sector and spending like money grew on trees.

The worst year prior to this was 2008 when the DOW was down 4,488 points.  This is currently the worst year in US stock market history and Americans are seeing it in their 401ks.

This is the truth behind the Biden economy.

Now is the time to protect your retirements.

How to protect your wealth in times of uncertainty in the world?

Trump Responds After Jan. 6 Committee Votes To Subpoena Him