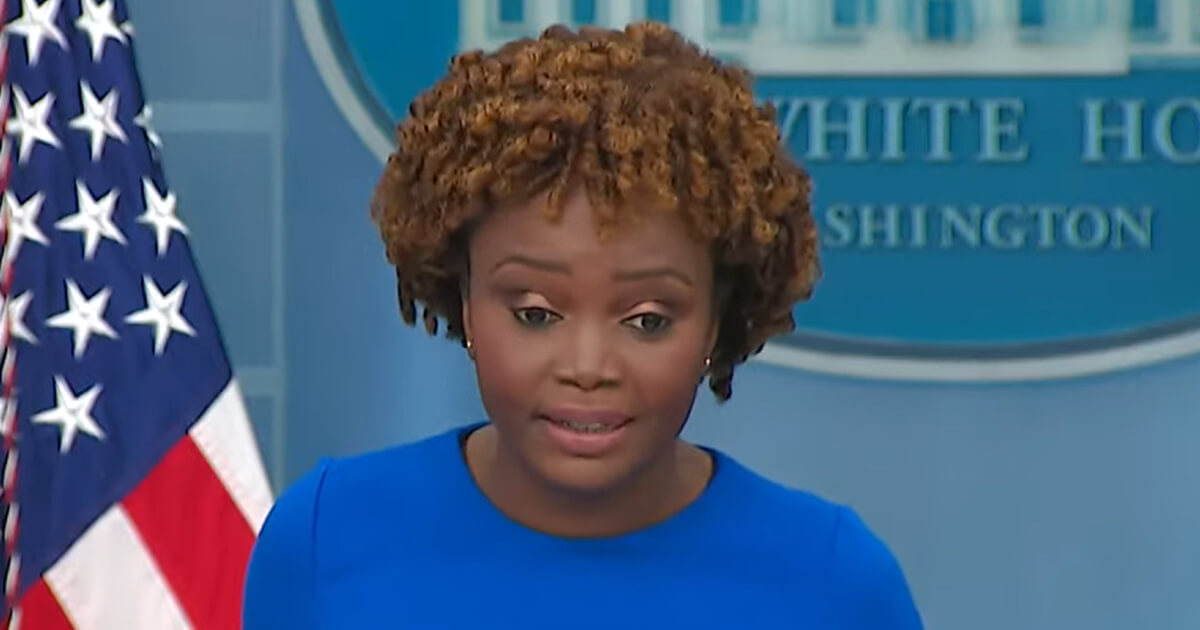 Biden tested positive a second time from his COVID illness on Saturday and began isolating. Another test came back positive on Monday. According to the White House physician, Biden isn’t feeling any new symptoms and “continues to feel quite well.”

A letter released from Dr. Kevin O’Connor on Monday did not mention that the president is experiencing “lingering symptoms.”

One White House reporter asked about the conflicting information, “One more on the president’s case, you have referred to the physician’s letter that says no reemergence of symptoms, but you also said lingering symptoms, so help us square that so we understand.”

Jean-Pierre responded, “Yeah, well, no recurring symptoms, uh, meaning like if you look at his original letter there’s nothing severe, because he feels fine, he feels good. But as we know, when all of us have had COVID, you do have a little bit of a lingering cough, right? You do have maybe a little bit of lingering sniffles. That’s not uncommon to have, and so that’s what we are talking about.”

“So he is not 100% symptom-free, he just didn’t have a fever return or something like that?” the reporter responded.

“Well, he never … I want to be careful because we went into this about if he had a fever or not, he never had a fever, so I want to be really clear that it was elevated but it was never a fever.” Jean-Pierre continued.

The reporter could be heard beginning to ask a follow-up question, but Jean-Pierre continued talking over her. “But remember we talked about a little fatigue, we had talked about aches, that he was, there was a little bit of discomfort. So that has not occurred, but all of us have had COVID before, right? We’ve had, well not all of us, many of us … I can only speak for myself, and there are some … well you still have a dry cough, you still have little sniffles that last for a little bit longer.”

This prompted several questions from the room asking if Jean-Pierre was talking about her own case or Biden’s.

The first reporter asked, “So the president is still experiencing some things related to his COVID course of illness?”

The exchange shows the press secretary’s tendency to repeat the same talking points without adding new information, sticking exclusively to the information in the binder. It’s a trait that some White House correspondents have taken issue with.

“If your M.O. is going to be reading prepared answers, you should have a lot of prepared answers so that you’re not just deferring to reporters constantly,” said one current White House reporter.

“She is poorly received as she isn’t taking time to answer questions or banter with reporters on the issues of the day,” said another. “A press secretary has to share some information, kind of a give and take, but she just doesn’t appear willing to do that yet … Too often, she is telling reporters that she ‘has nothing from the podium’ to say, which is a waste of everyone’s time.”

Iranian State Media Threatens to Nuke NY into ‘Heap of Rubble from Hell,’ Warns of ‘Nightmare’ for Israel, West