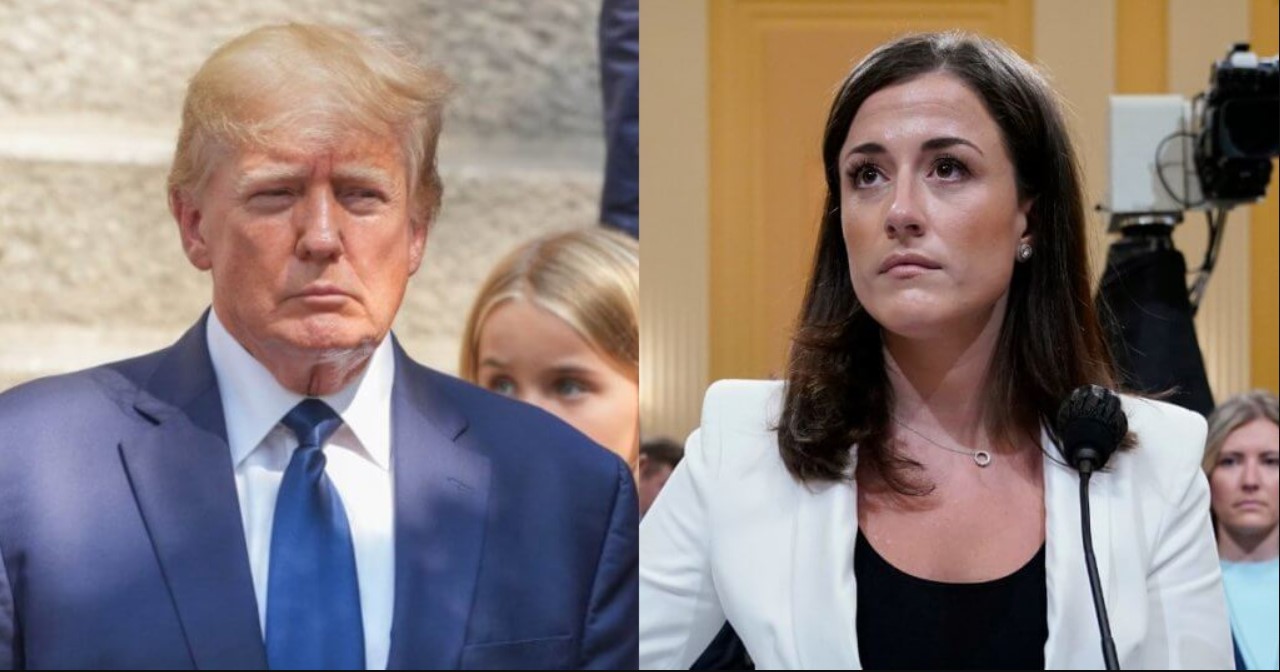 Cassidy Hutchinson, whose integrity and reliability as a witness was even questioned by Left-leaning NBC News, who noted multiple discrepancies in her testimony, has come under new scrutiny. The New York Post reports that though reportedly despising her boss, Hutchinson continued to work for former President Donald Trump “for nine weeks after he left the White House.”

Hutchinson, reportedly served as a coordinator for Trump, working as part of his post-presidential office staff. Reports show Hutchinson served in the position from January 20, 2021, until April 1, 2021, earning an annual salary of $90,000, the outlet reported.

Newsweek, however, disputes the report, noting that she expressed a desire to move to Mar-a-Lago and be a part of Trump’s team, but that request was rejected by Trump—hence, the bitterness now.

Hutchinson was labeled a “key witness” by the Jan. 6 Committee. Her testimony included several notable accusations, including a physical altercation between Trump and secret service personnel.

However, her accusations were not eye-witness accounts, are considered hearsay in a court of law, and have been disputed by secret service personnel. Her testimony further loses credibility with news of employment with Trump, whom she described to the Jan. 6 Committee as a violent and angry man, for months after the election.

Last month, Hutchinson told the Jan. 6 Committee that she was “disgusted” that Trump sent a tweet in the middle of the riot attacking former Vice President Mike Pence for not affirming the reported results of the 2020 election.

“It was unpatriotic and un-American, and we were watching the Capitol building get defaced over a lie,” Hutchinson said, adding, “I still struggle to work through the emotions of that.”

Many question why Hutchinson, who stated she “still struggle[d] to work through the emotions of” working with Trump, would request to relocate to another state to work for the man she deemed “unpatriotic” and “un-American.”

Trump raised the question himself on Truth Social. Newsmax tweeted:

“Why did she want to go with us if she felt we were so terrible? I understand that she was very upset and angry that I didn’t want her to go, or be a member of the team. She is bad news!”

Insider reports that Hutchinson worked from Arlington, Virginia, instead of in Palm Beach, Florida, to support the former President.

Insider also reports that neither Hutchinson nor her lawyers did not return messages seeking comment.