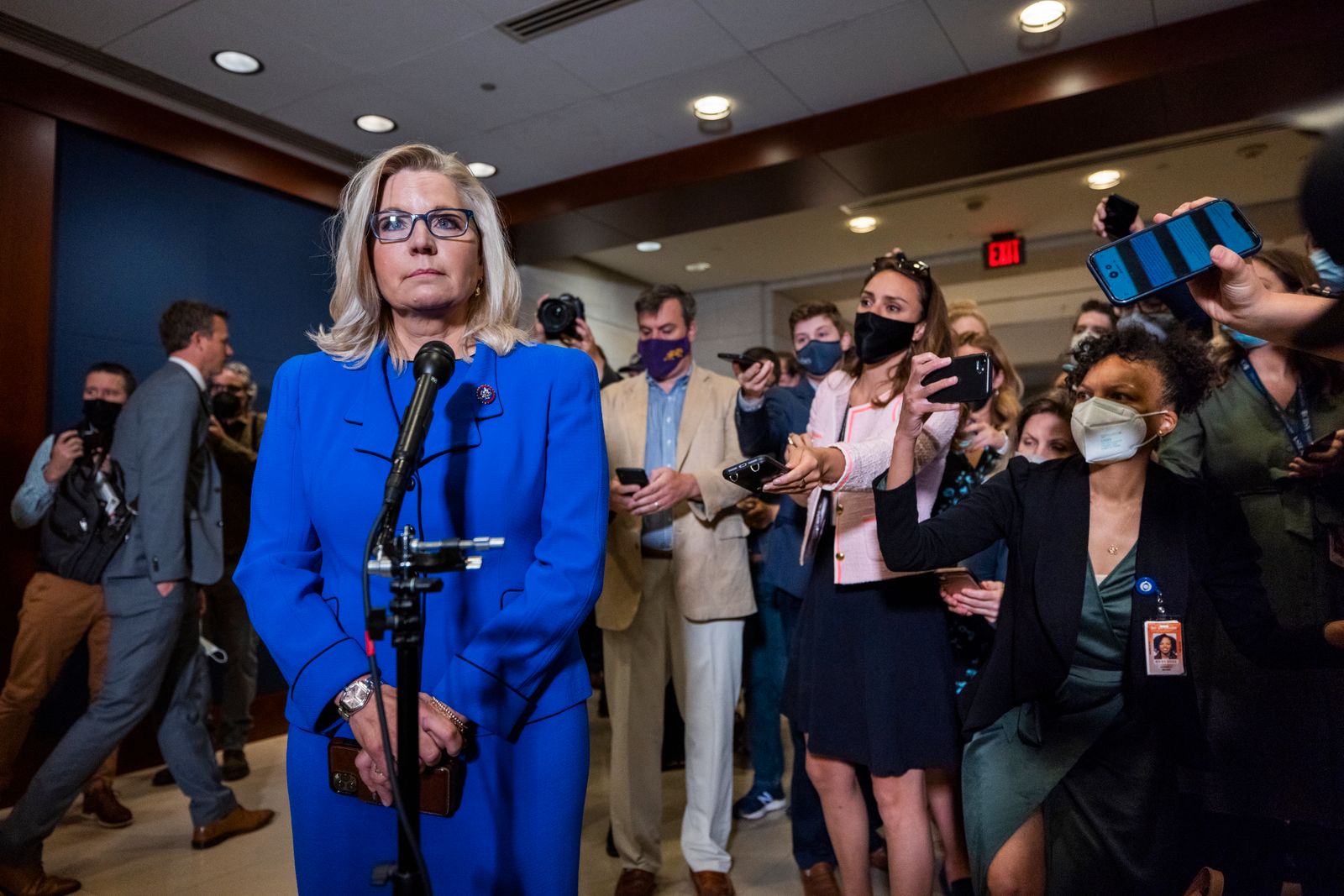 Before Liz Cheney claimed President Donald Trump took no action on the National Guard, she coordinated a campaign to prevent deployment.

Cheney has blamed Trump for not ordering the National Guard to defend the Capitol complex, even though multiple sources confirm that he authorized their deployment days prior to the Jan. 6 rally at the White House and riot at the Capitol. Security officials in charge of the Capitol declined to call up troops to protect it, government records show.

Yet Cheney herself seems to have orchestrated opposition to use of the military to quell election-related unrest, allegedly organizing a Washington Post op-ed on Jan. 3, 2021, signed by every living former defense secretary.

“All 10 living former defense secretaries: Involving the military in election disputes would cross into dangerous territory,” the headline read. It went on to threaten any military official who thought any use of the military might be a good idea. “Civilian and military officials who direct or carry out such measures would be accountable, including potentially facing criminal penalties, for the grave consequences of their actions on our republic,” the op-ed warned.

The op-ed was allegedly organized by Cheney, whose father was secretary of defense under President George H.W. Bush before serving as President George W. Bush’s vice president. Eric Edelman, a national security adviser to Dick Cheney, told the New Yorker the Wyoming lawmaker “was the one who generated” the piece for the Post.

Now Rep. Cheney has adopted Trump’s supposed inaction on the National Guard as a primary line of attack. On “Fox News Sunday,” Cheney again depicted Trump as an apathetic leader who dismissed pleas to deploy the National Guard while the Capitol was under siege.

“There are several witnesses who say they met with President Trump on January 4th,” said Bret Baier, “and he offered some 20,000 National Guardsmen to protect the Capitol building on January 6th but the offer was rejected. Is that true?”

“His own acting secretary of defense says that’s not true,” Cheney said, highlighting committee testimony from former Acting Secretary Christopher Miller who told the panel Trump made no order to deploy the National Guard. “So the notion that somehow he issued an order is not consistent with the facts.”

Except the president did issue authorization for D.C. leaders to call up the National Guard for pre-emptive reinforcements days before the Capitol riot. While Mayor Muriel Bowser took limited advantage of the extra troops, House Speaker Nancy Pelosi’s sergeant at arms rejected or stonewalled the offer six times, according to former Capitol Police Chief Steven Sund. Pelosi’s office was reportedly concerned the guard’s deployment was bad “optics” after having spent the prior summer decrying the use of federal law enforcement to put down left-wing insurrections.

The campaign to fight any use of troops to restore order during the left’s widespread and coordinated summer of rage was so effective that Gen. Mark Milley issued an abject apology for merely appearing in uniform at a site that had been ravaged by leftist arsonists.

“My presence in that moment, and in that environment, created a perception of the military involved in domestic politics,” Milley said about appearing in front of a historic church across the street from the White House. The night before, left-wing arsonists had targeted the church as part of a riot that besieged the White House and led to the injuring of dozens of Park Police and Secret Service officers.

Bowser’s use of guard troops on Jan. 6 extended to unarmed troops restricted to traffic control and removed from protests.

“[N]o DCNG personnel shall be armed during this mission, and at no time, will DCNG personnel or assets be engaged in domestic surveillance, searches, or seizures of [U.S.] persons,” she directed to law enforcement.

Although Cheney and her colleagues with the Select Committee have sought to indict Trump as responsible for a slow response from the National Guard on Jan. 6, the panel’s own findings have undermined the probe’s point. In December, the committee released a trove of private communications from former White House Chief of Staff Mark Meadows, who pledged the National Guard would be ready to maintain order.

“Mr. Meadows sent an email to an individual about the events on January 6 and said that the National Guard would be present to ‘protect pro Trump people’ and that many more would be available on standby,” the committee wrote, as if revealing some grand scandal to help their case.

In June, Miller and former Chief of Staff of the Department of Defense Kash Patel went on Sean Hannity’s program to dispel committee accusations that the president was indifferent to the National Guard.

“Mr. Trump unequivocally authorized up to 20,000 National Guardsmen and women for us to utilize,” Patel said.

VIDEO: Is She TRYING To Pull Us Into War?! Pelosi To Fly to Asia Despite Threats