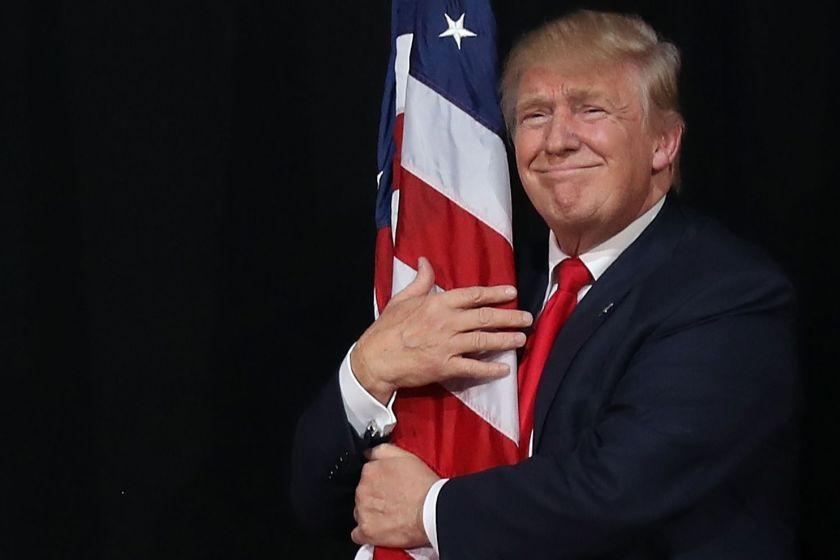 Former President Donald Trump said he has made his decision about whether to run in 2024.

In an interview with the New York Magazine published on July 14, the 45th president disclosed that he has already made up his mind on that issue, but the “big decision” is the timing of the announcement.

“I would say my big decision will be whether I go before or after,” Trump said, indicating that he is undecided on whether to announce before or after the 2022 midterm elections.

He said there were “certain assets” in announcing the decision before the midterms.

“Let people know. I think a lot of people would not even run [for 2024] if I did that because, if you look at the polls, they don’t even register. Most of these people. And I think that you would actually have a backlash against them if they ran. People want me to run,” Trump said.
“I feel very confident that, if I decide to run, I’ll win,” he added.

Trump’s comments come as the latest in a series of hints to the public about a 2024 run, despite not having officially announced his decision.

“I ran twice, I won twice … And now with the approval of the great people of Alaska, we may have to do it again,” Trump said in a July 9 rally in Alaska, noting that he received “many millions more votes” in 2020 than he did in 2016 when he defeated Hillary Clinton. The former president has maintained that substantial electoral fraud and irregularities had invalidated the result of the 2020 presidential election.

Despite concerns among GOP observers about what would happen if Florida Gov. Ron DeSantis also entered the race for 2024, a July poll conducted by The New York Times and Siena College shows Trump to be nearly doubling DeSantis in terms of support among Republican respondents.

Results from a Morning Consult/Politico survey conducted in late June also reflected the same sentiment among GOP voters, where 53 percent of the respondents said they would vote for Trump if the 2024 Republican primaries were to be held “today” and 22 percent said of DeSantis.

Trump has previously dismissed concerns about the possible threat posed by a DeSantis run.

“I don’t know if Ron is running, and I don’t ask him. It’s his prerogative … I think I would win.” Trump told The New Yorker in June.

The former president has more than 200 endorsements in the 2022 midterms, and has shown a generally strong track record with a more than 90 percent success rate so far.

Meanwhile, Republican figures have noted that Trump’s influence in the GOP is far from waning.

“I don’t delude myself into thinking I have a big swath of the Republican Party,” Trump critic Mitt Romney (R-Utah) told Politico in May about his thoughts on the former president, adding, “It’s hard to imagine anything that would derail his support.”

“So if he wants to become the nominee in [2024], I think he’s very likely to achieve that,” Romney said.

‘Back on the Right Track’

Trump’s comments about his decision on the presidential track were made public on the same day that the America First Policy Institute (AFPI) announced the former president’s participation in a high-profile event that will feature many elements of his 2016 platform.

The 45th president will deliver the keynote address on the second day of the American First Agenda Summit, a two-day event hosted by AFPI that is scheduled to start on July 25, according to a schedule published on the AFPI’s website.

Trump’s attendance at the event will be the first time the 45th president makes a public appearance in Washington since he left office in January 2021.

“The America First Policy Institute is excited to welcome President Donald Trump back to Washington, D.C. Our team will introduce a policy agenda that will get our country back on the right track. These policies worked before, and they will work again. America’s future is America First!” Brooke Rollins, president and CEO of AFPI and former director of the White House Domestic Policy Council under Trump, said in a press release on July 14.

The event will be closed to the general public but will be live-streamed and open to the press.

“It wasn’t that long ago that America was flourishing. Paychecks were growing. Poverty was shrinking. The price of gas was down. The stock market was up. And there were no new wars,” said Rollins.

“What a difference 16 months makes.”