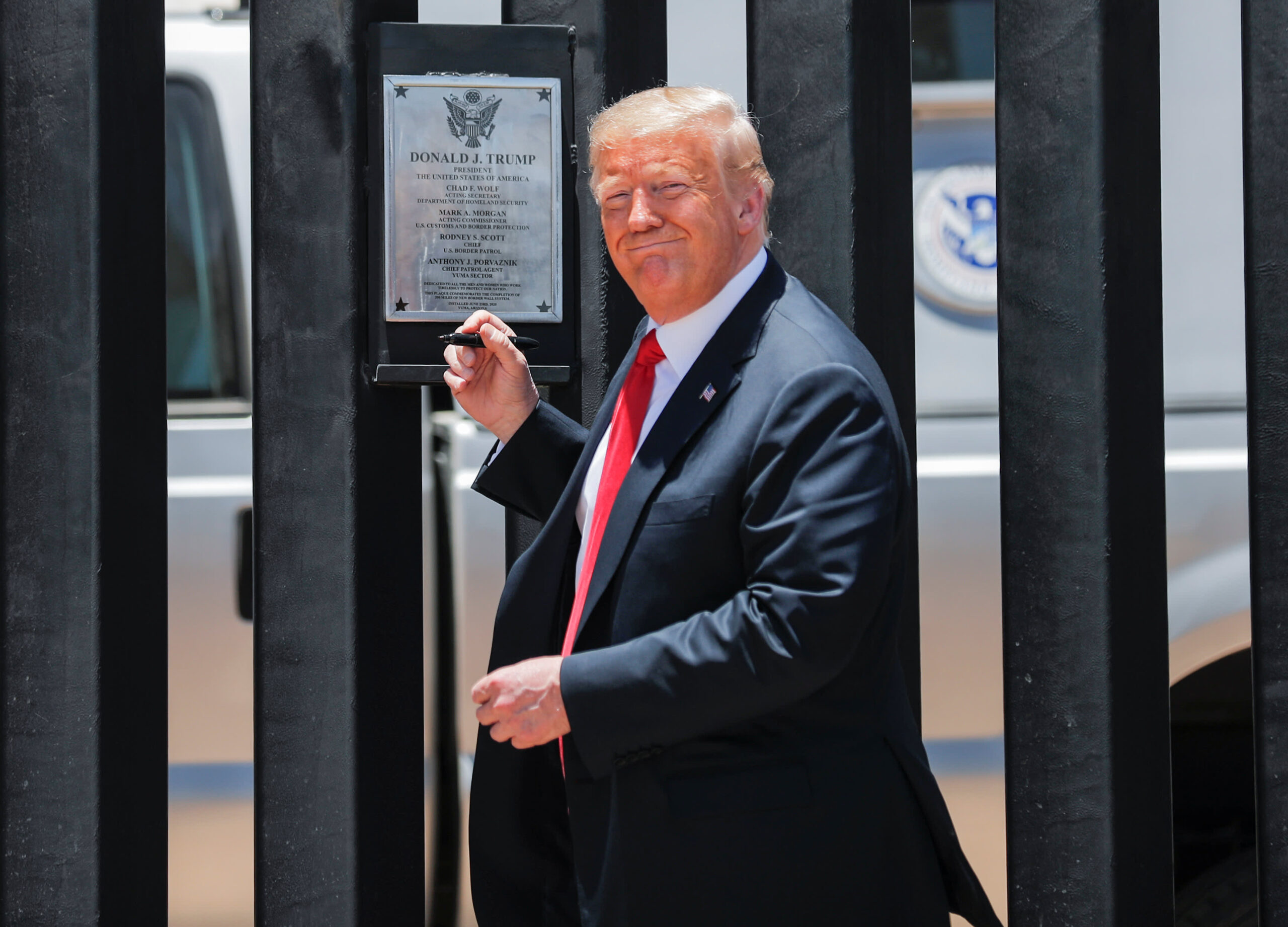 Former President Donald Trump wonders why the mayor of the nation’s capitol wants National Guard for a few thousand illegals.

“The Mayor of Washington, D.C., wants the National Guard to help with the thousands of Illegal Immigrants, coming from the insane Open Border, that are flooding the City, but refused National Guard help when it came to providing Security at the Capitol Building for a far larger crowd on January 6th,” the former president commented in a post to his Truth account.

“Figure that one out?” Trump questioned.

D.C. Mayor Muriel Bowser requested National Guard help to deal with an influx of illegal aliens bussed to her city by Texas and Arizona. In her letter to the Secretary of Defense, Mayor Bowser claimed 200 buses from the Southern cities had transported about 4,000 illegal aliens to the nation’s capitol. She claimed the city faced a humanitarian crisis as D.C. is at a tipping point in providing services for the border crossers dumped on her doorstep.

“Immigration is a federal issue, one that needs to be addressed by the federal government with federal resources,” Mayor Muriel Bowser said in a letter her office sent to the Secretary of Defense.

The Democratic mayor requested immediate federal assistance in the form of 150 National Guard troops per day to help handle illegal aliens bussed to the city. She further requested use of Guard vehicles and fuel to transport illegals sent from Texas and Arizona bus, from their D.C. drop off points to either the Guard Armory or Fort McNair.

She wants the illegal aliens transported and housed by Guard members until arrangements can be made to move them to their final destination.

The 45th president is not alone in deriding D.C.’s Democrat mayor for requesting troopers to handle a few thousand illegal aliens.

“D.C. is experiencing a fraction of the disastrous impact the border crisis has caused Texas, remarked Governor Greg Abbott (R-Texas) in a Thursday Twitter post. “Mayor Bowser should stop attacking Texas for securing the border & demand Joe Biden do his job.”

A Texas congressman seconded Abbott’s message, saying the capitol is sharing a small piece of the Lone Star State’s pain from illegal immigration.

“Mayor Bowser now understands what it feels like to be a border state,” commented Rep. Randy Weber (R-Texas) in a post to Twitter. “How do you think folks in Texas feel?”

“She should knock on Biden’s door and tell him that there is a crisis at our southern border and every state is a border state,” he added.

“Mayor Bowser should call the White House instead and tell them to secure the southern border,” Rep. Fred Keller (R-Pa.) remarked.

LOL! Adam Schiff Reportedly Wants To Take Over For Pelosi As Speaker Of The House