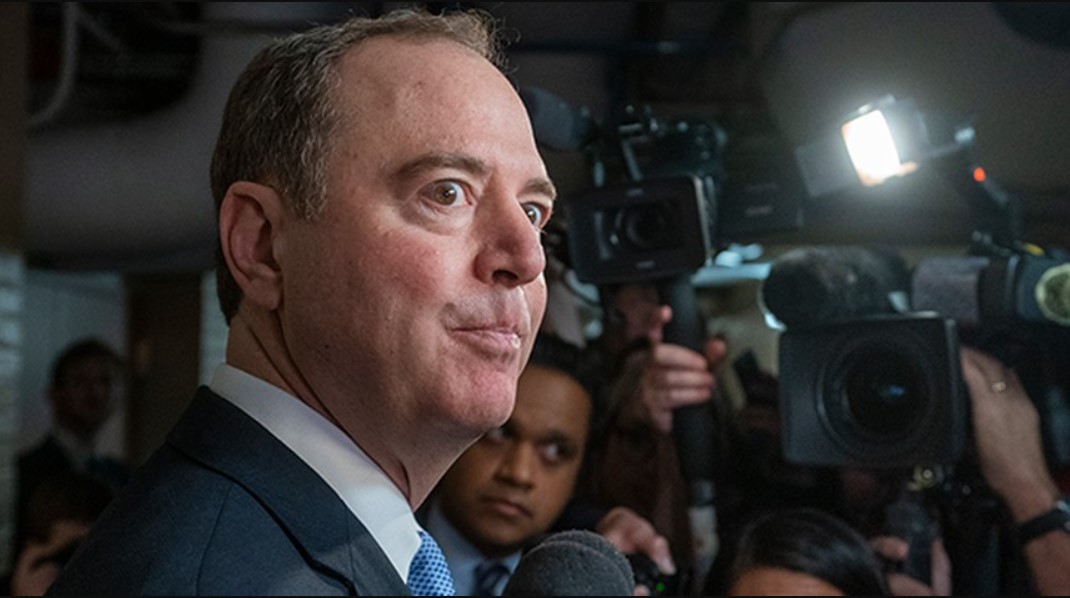 There’s a rumor floating around that Congressman Adam ‘Pencil Neck’ Schiff wants to take over from Nancy Pelosi as Speaker of the House.

It’s easy to believe, given that Schiff loves the spotlight and obviuosly craves power.

You have to wonder if he has looked at any of the polls as we get closer to the 2022 midterms. His party is probably not going to control the House for much longer.

While much of the political news out of Washington, D.C., these days is focused on the upcoming midterm elections and speculation about the 2024 presidential election (along with the never-ending disaster of the Biden presidency, of course), there’s another campaign going on, which is undoubtedly filled with more behind-the-scenes intrigue than anything else on Capitol Hill — the replacement of Nancy Pelosi.

A shadow campaign to lead House Democrats next year has been underway for months, as reported by The Washington Post in January, as speculation continues to grow over whether 82-year-old — and like Biden, mentally unfit —Pelosi will finally honor her word and step down as House Speaker.

While talk continues within the bowels of the Democrat Party [pun intended] about a “next-generation” leader who might energize the Democrat base — New York Rep. Hakeem Jeffries, for example — California serial liar Adam “Russia! Russia! Russia!” Schiff’s eleventh-hour push in recent weeks has taken Democrats by surprise, as reported by The Washington Post, raising questions about whether the Democrat caucus wants to mirror the diversity of its party’s base.

Does Schiff really think Dems are going to hold the House?

Schiff will be lucky if he gets to lead the Democrat minority.