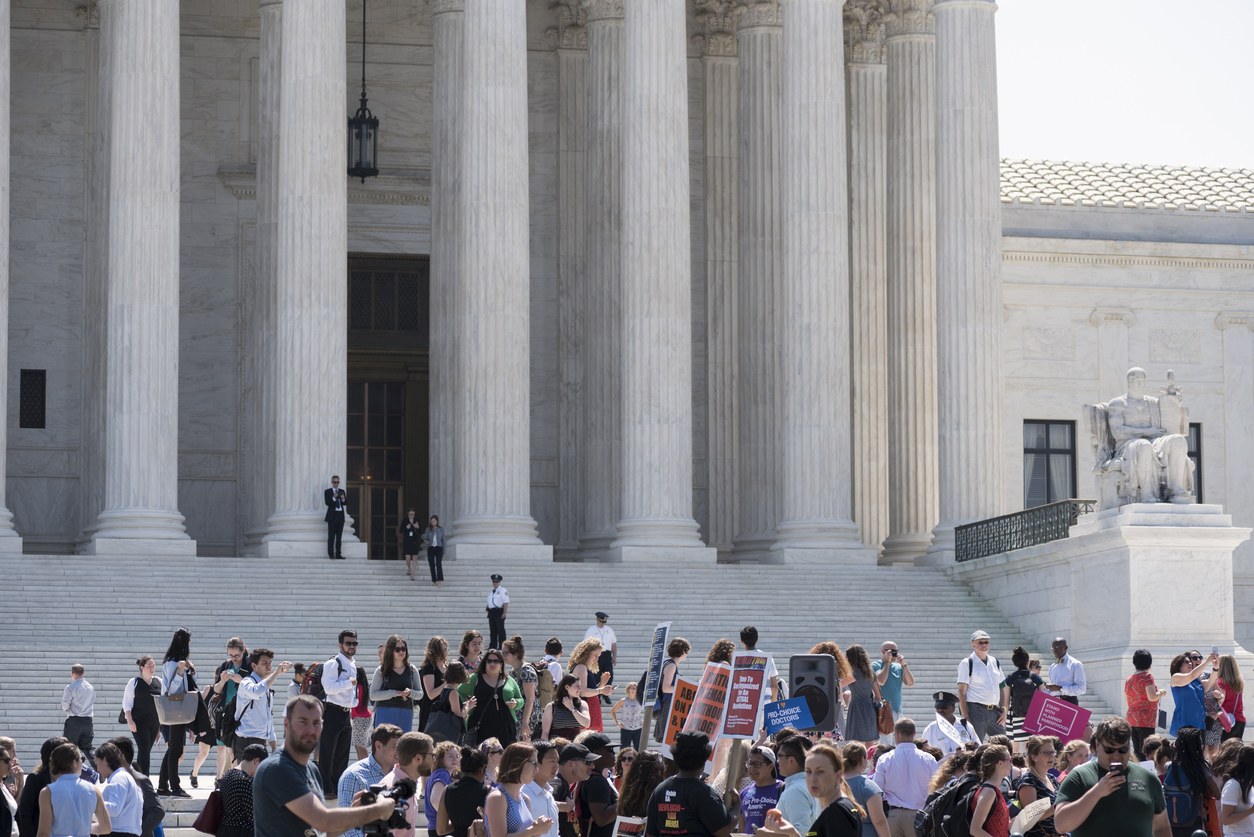 Rep. Marjorie Taylor Greene was outside the US Supreme Court when the ruling was announced.

RSBN had just reported that they did not think the decision would be announced today — THEN IT WAS ANNOUNCED!

The crowd outside the Supreme Court cheered with delight!

Marjorie told RSBN, “I’m overjoyed!… Everybody needs to understand it’s not entirely over.  We have people over here who are screaming, demanding to be able to murder babies.  But they still can do it.  So what they’re demanding hasn’t been taken away from them.  They can still kill a baby in the womb.  But what has happened is we can allow states to choose…  They (the left) have threatened real insurrection today Brian.  They have threatened to burn down the Supreme Court.  Jane’s Revenge, Ruth Sent Us, these are real domestic terrorists.”

The RSBN announcer Brian Glenn also stated that the police left the area before they announced the decision.

The Supreme Court has sided with the state of Mississippi and overturned Roe v. Wade.

The opinion was written by Justice Samuel Alito.

Alito asserted that Roe was “egregiously wrong” and “on a collision course with the Constitution from the day it was decided.”

“Roe was egregiously wrong from the start,” Justice Samuel Alito wrote. “Its reasoning was exceptionally weak, and the decision has had damaging consequences. And far from bringing about a national settlement of the abortion issue, Roe and Casey have enflamed debate and deepened division.”