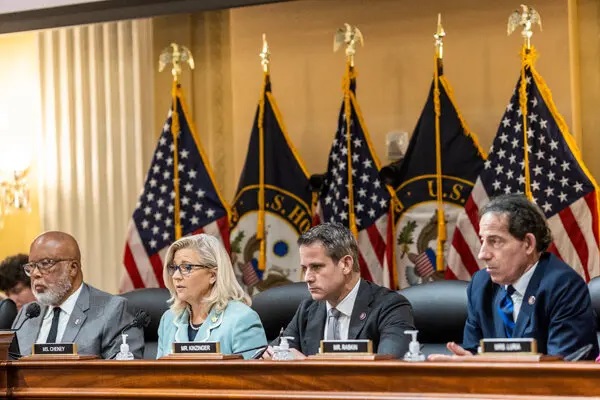 The chairman of the committee, Democratic Rep. Bennie Thompson of Mississippi, announced that the committee would hold off on its final two hearings that it had planned for June, The Hill reported.

The final hearing of the month will be on Thursday and will focus on former President Donald Trump’s alleged pressure on the Justice Department to intervene in the 2020 election, CNN reported.

But after Thursday’s hearing, the committee will break and pick back up in July.

The committee cited “new evidence” as a reason for the pausing.

“We’ve taken in some additional information that’s going to require additional work. So rather than present hearings that have not been the quality of the hearings in the past we made a decision to just move into sometime in July,” Thompson said, according to The Hill.

Democratic Rep. Zoe Lofgren of California also mentioned that there has been a “mountain of new information.”

“I don’t think we’ve established a date yet, but we have a mountain of new information that’s come in that we have to go through,” Lofgren told The Hill.

Some of the new evidence that committee members are referring to includes video footage from documentarian Alex Holder.

Formerly, Republican Rep. Liz Cheney of Wyoming said the committee’s final two hearings would look into Trump and his role in getting people to go to the Capitol.

Hearings would show “a moment-by-moment account of the hourslong attack from more than a half dozen White House staff, both live in the hearing room and via videotaped testimony,” Cheney said, NBC News reported.

Thus far, the hearings of the committee have included viewing footage, hearing testimony from witnesses and statements from lawmakers, The Wall Street Journal reported.

The schedule of the committee and hearings moving forward is still very fluid and could continue to change.

Along with citing new evidence as a reason to pause, the House is also set to be in recess after the Fourth of July holiday until the week of July 11.

One committee aide told CNN that the committee might provide more information on the schedule moving forward during Thursday’s hearing.

“The Select Committee continues to receive additional evidence relevant to our investigation into the violence of January 6th and its causes,” the aide said.

“Following tomorrow’s hearing, we will be holding additional hearings in the coming weeks. We will announce dates and times for those hearings soon.”