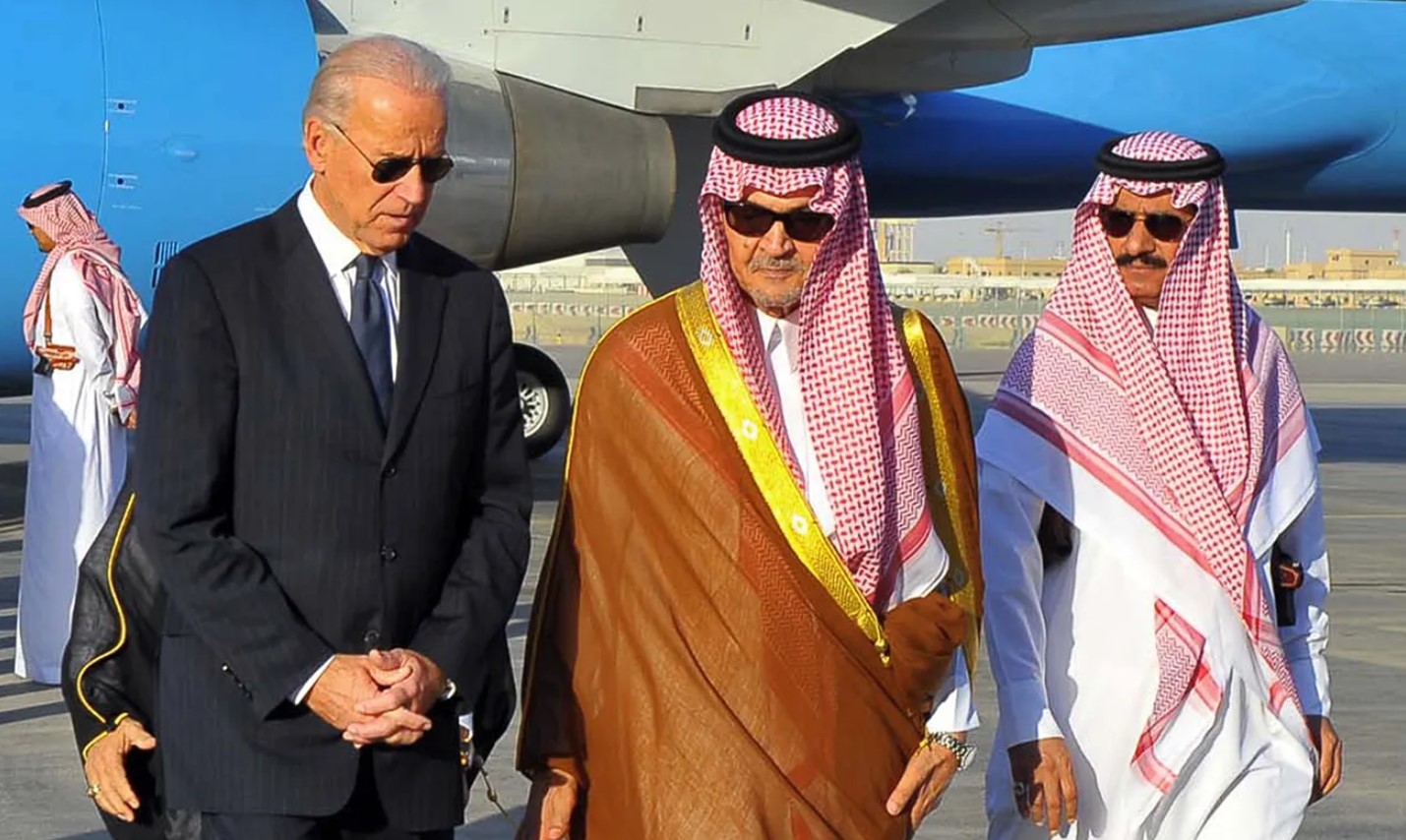 Joe Biden on Friday arrived in Jeddah, Saudi Arabia to beg the Saudis for oil.

Biden greeted the Crown Prince with a fist bump as he arrived to the Alsalam Royal Palace.

As TGP’s Kristinn Taylor reported, Joe Biden, who in 2019 vowed to make Saudi Arabia a “pariah” nation over the killing of Jamal Khashoggi, greeted Crown Prince Mohammed bin Salman with a fist bump in Jeddah Friday, despite a U.S. intelligence report that MBS was behind the 2018 murder of Khashoggi at a Saudi consulate in Turkey.

Joe Biden arrived to a fist bump, while Trump received a ceremonial sword dance when he arrived to Saudi Arabia with First Lady Melania in 2017.

The humiliation of Joe Biden continued after his initial meeting with the Crown Prince.

The Saudi delegation laughed as a reporter humiliated Joe Biden.

“President Biden, is Saudi Arabia still a pariah?” a reporter shouted as the Saudis laughed.

They’re laughing at us.