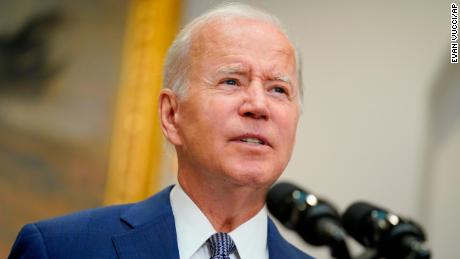 Stumbling through the Middle East this week, calling the Holocaust an “honor” and removing the Israeli flag from his limo to go visit Palestinian terrorists in East Jerusalem – the first American President to ever visit Arab-occupied East Jerusalem – may not be the worst crime Joe Biden committed this week.

Biden yesterday reaffirmed his commitment to returning to the 2015 JCPOA nuclear deal with Iran– a deal which saw the Obama government send $100 billion to Iran, including a C-130 Hercules carrying $400 million in cash on January 16, 2016, as CNN reported. The Islamist regime then used that money to wage war in Yemen, Lebanon, Iraq, Gaza and around the world, massively destablizing the world.

Now, Biden’s offer to the Ayatollahs threatens to dwarf even that gargantuan act of treason.

“Under the deal, Iran gets a financial package worth up to $275 billion in the first year and as much as $800 billion over the next five”, writes Richard Goldberg, Senior Advisor at the Foundation for Defense of Democracies. “With a trillion dollars available by 2030 for Iran’s missile program, sponsorship of terrorism and Revolutionary Guard, the agreement enables Tehran to set a dozen more fires around the Middle East that force a US response to defend American citizens, embassies and allies. And in the end, without demanding a full accounting of Iran’s nuclear activities or destroying a single centrifuge, the deal’s expiration dates all but guarantee Iran will still cross the nuclear threshold at a future time of its choosing.”

“To be sure, Russia and China would like nothing more than to see an America bogged down by never-ending Iranian nuclear extortion and escalation. That is why they are the strongest proponents of a nuclear deal with Iran. They know that the more money Iran has available for terrorism, missiles and nuclear expansion in the Middle East, the more American time and resources will consistently be diverted from Asia and Europe to mitigate the latest Iran-sponsored crisis. That, unfortunately, is a strategic reality supporters of an Iran nuclear deal fail to grasp”, Goldberg writes.

Pelosi *Accidentally* Trashes Democrat Governors For Their Lockdowns, Reveals What Dems Have in Store Next (VIDEO)