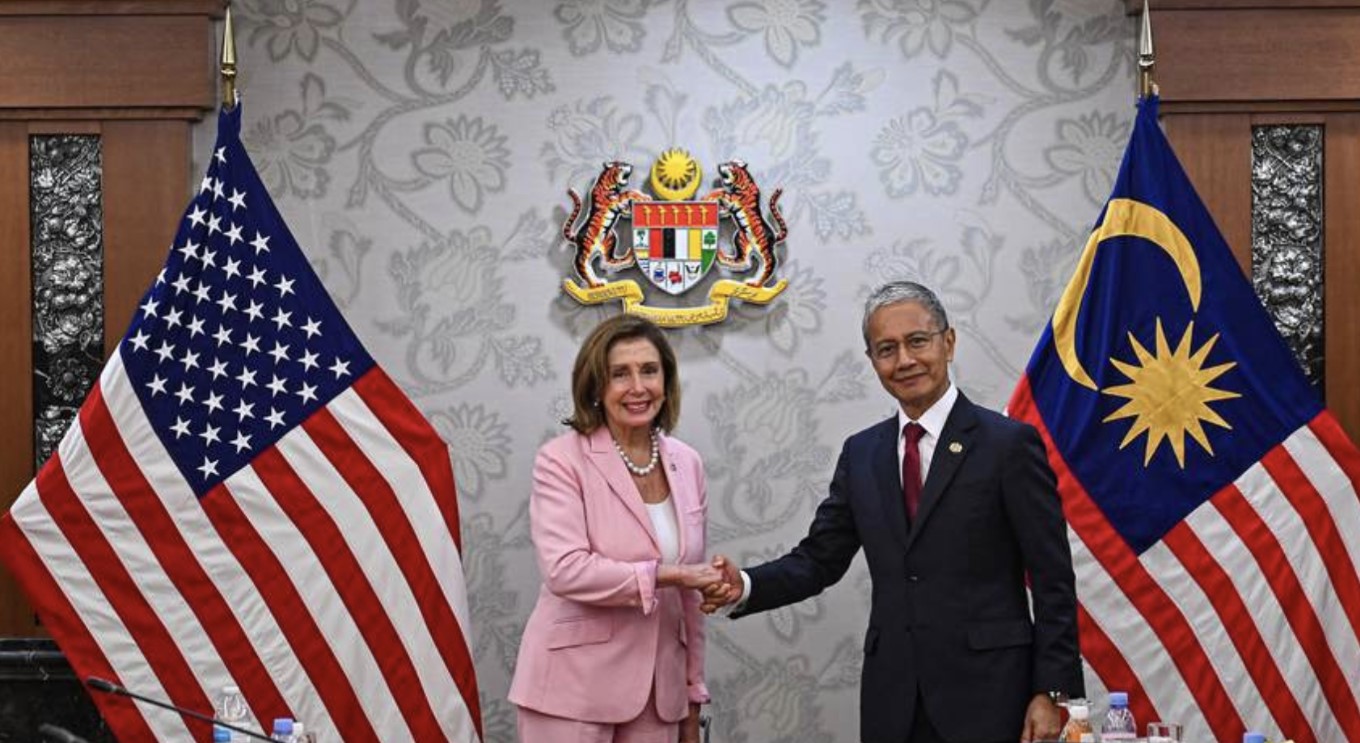 I originally considered writing this week on Nancy Pelosi’s latest foray for fame over in Asia, specifically her visit to Taiwan that got the Chinese so angry they began blowing up empty spaces of ocean with missiles. Nancy Pelosi does that to people.

She does that even to the president of her own party. The Speaker’s stop-over in Taiwan was supposed to be a secret until it was over. That would have diplomatically avoided flaunting it in the face of a China the U.S. is hoping will refrain from helping Vladimir Putin’s egregious invasion of a neighbor nation.

See, China wants to take over its neighbor too. It’s quite tempting for the world’s villains like Xi and Putin and Kim and Iran’s mullahs to make their moves these days given a doddering U.S. commander in chief who forgets the names of people standing next to him and gets lost exiting a stage.

In the past year or so coinciding with Biden’s presidency, China has mounted a new and intense intimidation campaign over Taiwan, a democratic island country that it regards as a renegade province and relic of China’s civil war in the 1940s.

As China’s Communists took over that vast land, the Chinese Nationalists retreated offshore to some rocky islands to create the Republic of China, which fewer than 20 nations diplomatically recognize today.

China’s president-for-as-long-as-he-wants-to-be Xi Jin ping declared as recently as last year that Taiwan is part of a “complete reunification” with the People’s Republic. You may recall, right about a year ago now, Putin wrote publicly declaring why Ukraine historically belonged as part of mother Russia.

Neither of those men dared do that during the presidency of a less predictable Donald Trump. But enough American voters were so anxious to terminate Trump’s turmoil, they disregarded countless warning signs about the even more aged Joe Biden.

Political appearances broadcast from his cellar. Campaign workdays that stretched all the way to 10 in the morning, or even 11. Biden asking attendees at an Iowa town hall what they thought of Ohio’s infrastructure. Hey, all those flyover I-states are the same, right? If you’re from the East anyway. Potatoes, corn, cows, and those smelly fat things that oink.

Joe Biden was seeking votes, we thought, but he was calling people nonsense names for their impertinent questions. He ended up losing the Iowa caucuses to that Indiana kid, who’s quietly rising in the party preference polls and recently fled red Indiana for reliably blue Michigan.

Pete Buttigieg is a rare personality in the Democrat Party — a military veteran. He also gave Biden a scare in New Hampshire, coming in a very close second with three times the votes of Biden, who finished fifth and got no delegates. Buttigieg got nine.

Democrats also ignored Barack Obama’s warning that they should never underestimate Joe’s ability to screw things up. Except Obama used a different verb.

And, sure enough, Biden lethally screwed up the Afghan troop withdrawal and the on-again-off-again-aborted evacuations that left thousands behind and the supply chain crisis and the baby-formula shortage, among numerous other clusterflocks.

Remember Biden’s infamous declaration: “The Taliban isn’t likely to take over,” a month before it did.

Ever since 1979, when Washington formally recognized the Republic of China, U.S. policy has relied on “strategic ambiguity,” a dangerous stance that’s permitted American pols back home to have their rice cake and eat it too. We’ve sold them billions in arms. But will America defend Taiwan or won’t it? That depends not so much on principles but on evaluations of individual presidents’ spines.

This president has said definitively the U.S. would defend Taiwan against invasion. Then, aides contradicted him, saying strategic ambiguity was still the plan. Others suggest a Pacific version of NATO.

Judging by Biden’s apologetic diplomatic stances and attempted suck-ups to Russia and Iran and his copious hardware gifts to the Taliban, one might reasonably suspect the casually cruel U.S. commander in chief would just as easily abandon Taiwan as he abandoned so many Americans and Afghan allies in his chaotic, amateur exit.

Now, Biden also has managed to screw up Nancy Pelosi’s “secret” Taiwan stop. Biden’s administration leaked word to the media about Pelosi’s defiant visit on a longer Asian tour and, more importantly, the president’s opposition to it.

Now, all this time I’d been thinking that both Biden and Pelosi were Democrats with America’s interests at heart, given their oaths of office.

To her credit, Pelosi carried on with her visit, vowing support for the embattled nation in the face of despotic threats. Nice touch too, America’s first female Speaker meeting with the Republic’s female president, Tsai Ing-wen.

This created quite the volatile situation over there with a U.S. carrier-strike force in the area while China angrily fired missiles all around the archipelago and conducted live-fire exercises in several nearby areas. Such armed encounters could happen for real in the not-too-distant future.

Plus the usual sanctioning and canceling of meetings. Just to show what the world’s largest military could do in its own backyard. Unnecessarily risky business.

You wonder how different things might have been had Pelosi been long gone by the time word got out of her symbolic sleep-over.

You also have to wonder why a U.S. president, who ferried his son Hunter over there in 2013 on Air Force Two to seal some business deals, would oppose the second-in-line of succession to the presidency standing up to the bully threats of a Communist dictator. Just like Joe Biden claimed he did to Corn Pop.

Though photos and contemporary accounts refute this, Biden claims he never talked with Hunter about his business dealings. You betcha, boss. We might someday learn the truth of all that if it wasn’t President Joe Biden’s Department of Justice investigating President Joe Biden’s son and his abandoned laptop with all the incriminating information and dates and messages about the Big Guy getting 10 percent of the take.

We’ve never really heard that Hunter terminated his lucrative Chinese holdings, as promised. But who cares if a president is shading foreign policy to benefit a family member’s influence-peddling investments?

The accidental result of the uproar, even if it became unnecessarily dangerous, is that a prominent U.S. government official was seen as standing up to the outrageous threats of a Communist leader. She no doubt had her own personal agenda, as most of Washington’s actors do. But we’ve come to kinda expect that these days, haven’t we?

Oh, look! I ended up writing about Nancy Pelosi’s foreign foray after all.