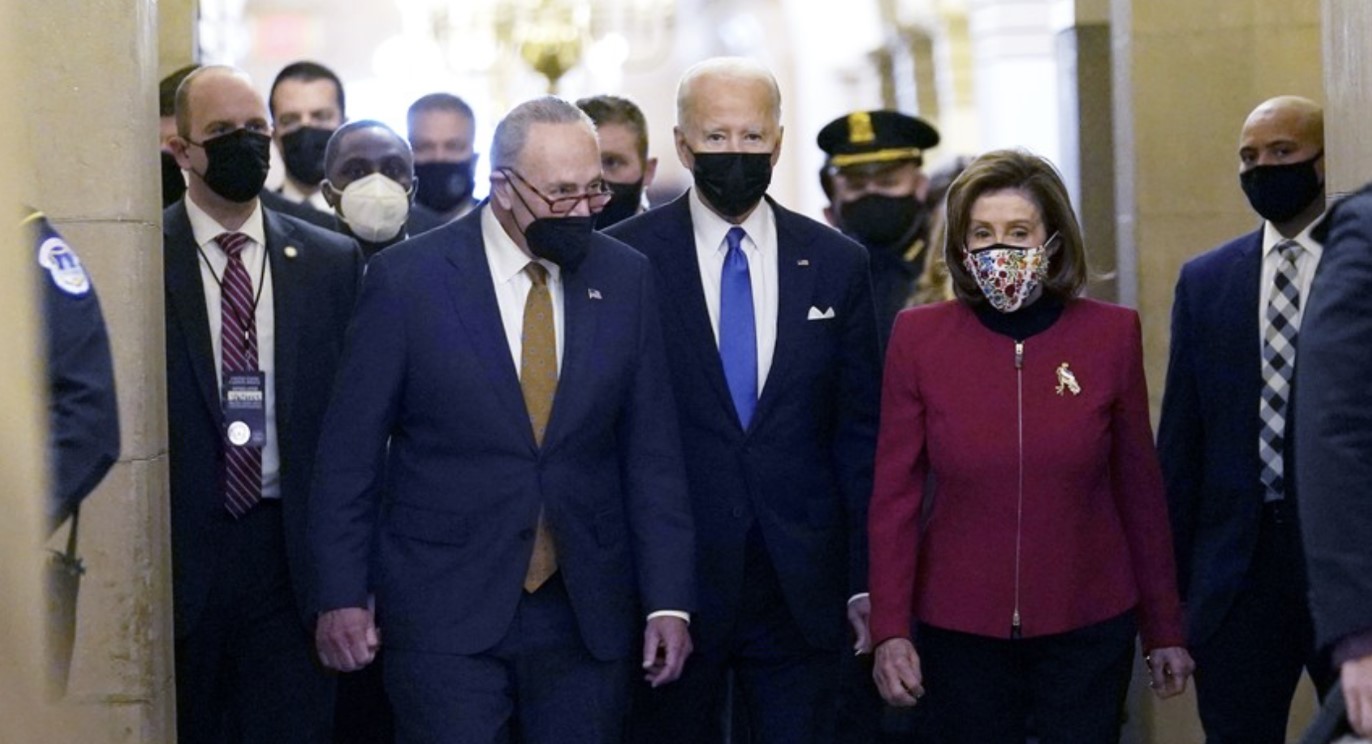 Democrats are riding high right now, at least in their own minds. On Sunday, the Senate passed the Manchin-led reconciliation deal, blowing hundreds of billions of dollars on “climate change” provisions, including subsidies for well-off people to buy electric cars and solar panels. The other part of the bill was a sizeable tax increase for the middle class.

As to it being called the “Inflation Reduction Act,” even Bernie Sanders admits that’s hogwash. Still, Democrats rejoiced, citing it as a major accomplishment that will help lead them to victory in the mid-terms. Couple that with a recent uptick in the generic ballot for Joe Biden’s party, and you can see why members of the left are practically ecstatic at how the last week has gone. They truly believe they are going to defy all historical trends.

But as I explained in a recent piece, so much of what is being pushed by election-bro Twitter is a mirage. Polling in August is notoriously inaccurate compared to the final results of any election, and Democrats have a history of mid-summer bumps. For example, in 2014, Republicans didn’t take the lead on the generic ballot until October. They went on to win the mid-term vote by over five points.

My article also included the numbers regarding Senate polling from 2018-2020, showing that in 14 of 15 toss-up races between the two elections, the Republican vote share was underestimated, in many cases by a large amount.

Here’s another data point to chew on along those lines.

The one thing to note here is that, despite all the jubilation, Republicans still technically lead the polling aggregate for the generic ballot as of this writing. Further, Democrats are only being bolstered by three registered voter polls, which are highly dubious given likely voter screens will almost certainly favor the GOP once they are applied. Regardless, it is clear that polling has a real problem with underestimating Republican support, especially in mid-term elections. There is no reason to believe that issue is fixed until the pollsters prove it with some accurate results, and we won’t have that data until after election day.

Then there are the fundamentals to consider. Obviously, inflation is through the roof and the general environment is terrible for Democrats. We also have history to consider, which tells us that a first-term president’s party almost always gets killed in the mid-terms. George W. Bush was the only recent exception, but he was riding a very unique bump at the time following 9/11. The situation with Biden is not comparable.

That brings me to turnout and enthusiasm. The primaries are a bellwether for how locked in a party is for the mid-terms, and all signs point to a red wave.

In contrast to all the polling the media likes to obsess over, we have real-world data sets sending out a consistent message that Republicans are going to dominate the turnout game this go around. That means that the generic ballot polling becomes even less useful, especially when many are still using samples that show a Democrat turnout advantage. There’s no evidence that will materialize in November, and the GOP is energized in a way it hasn’t been since 2016.

So will Democrats defy all historical precedent in one of the worst political environments in decades? I don’t think so. Yes, there’s a lot of hopium going around right now, but it’s based on the idea that despite all available evidence, things will be “different” this time because of “reasons.” Don’t bet on it.

Trump Tells Americans to Brace for ‘A Lot Worse’ Than Recession, Says Only One Thing Can Fix It