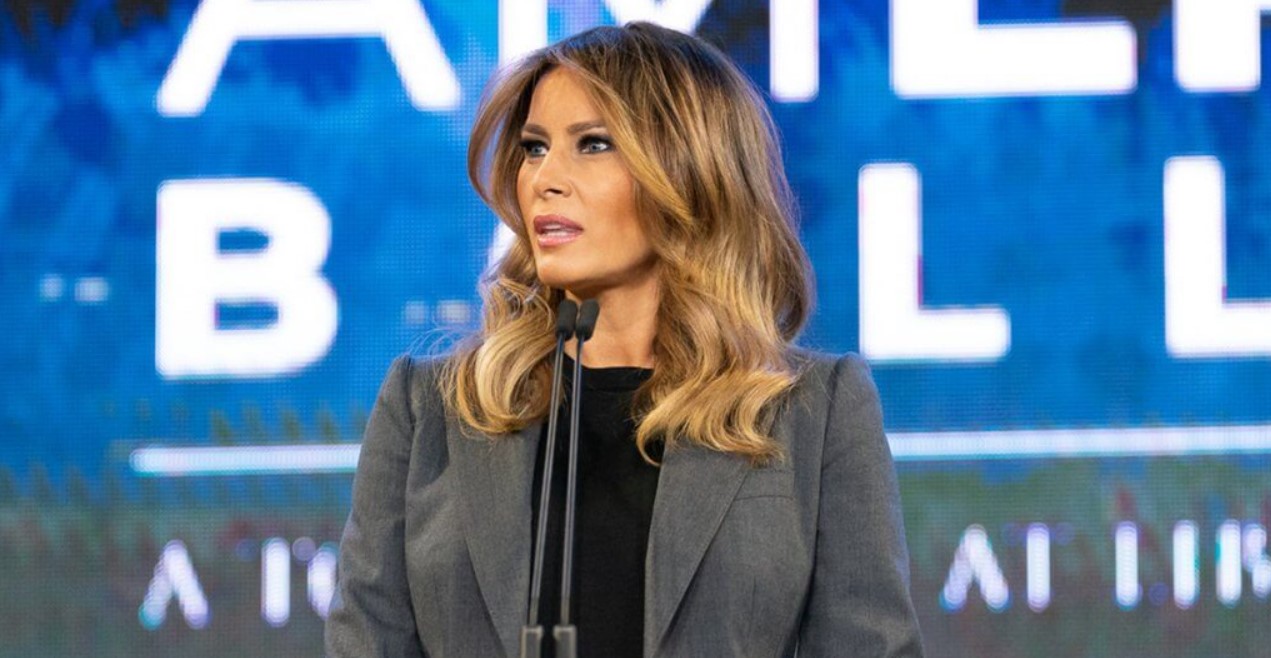 A former White House official tried to discredit Melania Trump but the former First Lady was not having it.

Trump said she was conducting official First Lady business when the riot occurred. She added that, had she been fully informed of what was happening January 6, 2021, she would have immediately denounced the violence.

Her remarks came after former chief of staff Stephanie Grisham alleged the former First Lady did not immediately authorize her to release a tweet condemning violence.

Grisham posted to Twitter last month a screen capture of a text exchange that was allegedly conducted between her and the then-First Lady. The text Grisham claims she sent to Trump made no mention of rioting, so, even if the exchange was with the former first lady, it lacks context. Also, it does not appear to carry a timestamp to indicate when the texts were exchanged.

“Knowing her as well as I did at that point, it was so unlike her to not have condemned it. That was the moment it all kind of broke me,” Grisham told CNN last month. “Yesterday, hearing Cassidy’s testimony, I felt compelled to show that text because it was a lot of context I thought, and again, knowing Melania like I did, I was so disappointed and discouraged and sickened that she wouldn’t stand up and just say simply, ‘There should be no violence.’”

“Had I been fully informed of all the details, naturally, I would have immediately denounced the violence that occurred at the Capitol Building,” she said. “And while Ms. Grisham’s behavior is disappointing, it is not surprising or an isolated incident.”

The former First Lady said Grisham’s post is not the first time a former staffer has tried to maintain relevancy or profit by using her name.

“In fact, Ms. Grisham failed to provide insight and information into the events surrounding January 6 as she had abandoned her post in Washington, D.C.,” explained Trump. “Shamefully, this behavior has only partially become public knowledge; yet was consistent for Ms. Grisham.”

The 45th president’s wife described Grisham’s claim a betrayals she views as a “last-ditch attempt to resuscitate her ruined career and reputation.”

“Ms. Grisham was not in the White House on January 6, and her behavior in her role as Chief of Staff ultimately amounts to dereliction of duty,” Trump said, noting that, traditionally, the First Lady’s chief of staff provides detailed briefings about important issues.

On January 6, 2021, the First Lady was fulfilling an official duty she said, adding she was unaware of what was simultaneously transpiring at the U.S. Capitol building.

“As with all First Ladies who preceded me, it was my obligation to record the contents of the White House’s historic rooms, including taking archival photographs of all the renovations,” she stated. “Several months in advance, I organized a qualified team of photographers, archivists, and designers to work with me in the White House to ensure perfect execution.”

“As required, we scheduled January 6, 2021, to complete the work on behalf of our Nation.”

Grisham initially served in the First Lady’s office before being appointed White House press secretary following Sarah Sanders’ departure in 2019. She returned to the East Wing after Kayleigh McEnany was named press secretary in April 2020.

“I stood behind Ms. Grisham after her failed stint as White House Press Secretary and welcomed her back to the East Wing,” Trump said.

SHOCKING: On November 4th, 2020, Georgia Showed 100% Reporting and TRUMP WON – Then 250,000 Ballots Were Manufactured and Biden Was Given Win by Raffensperger Days Later – Per VoterGA