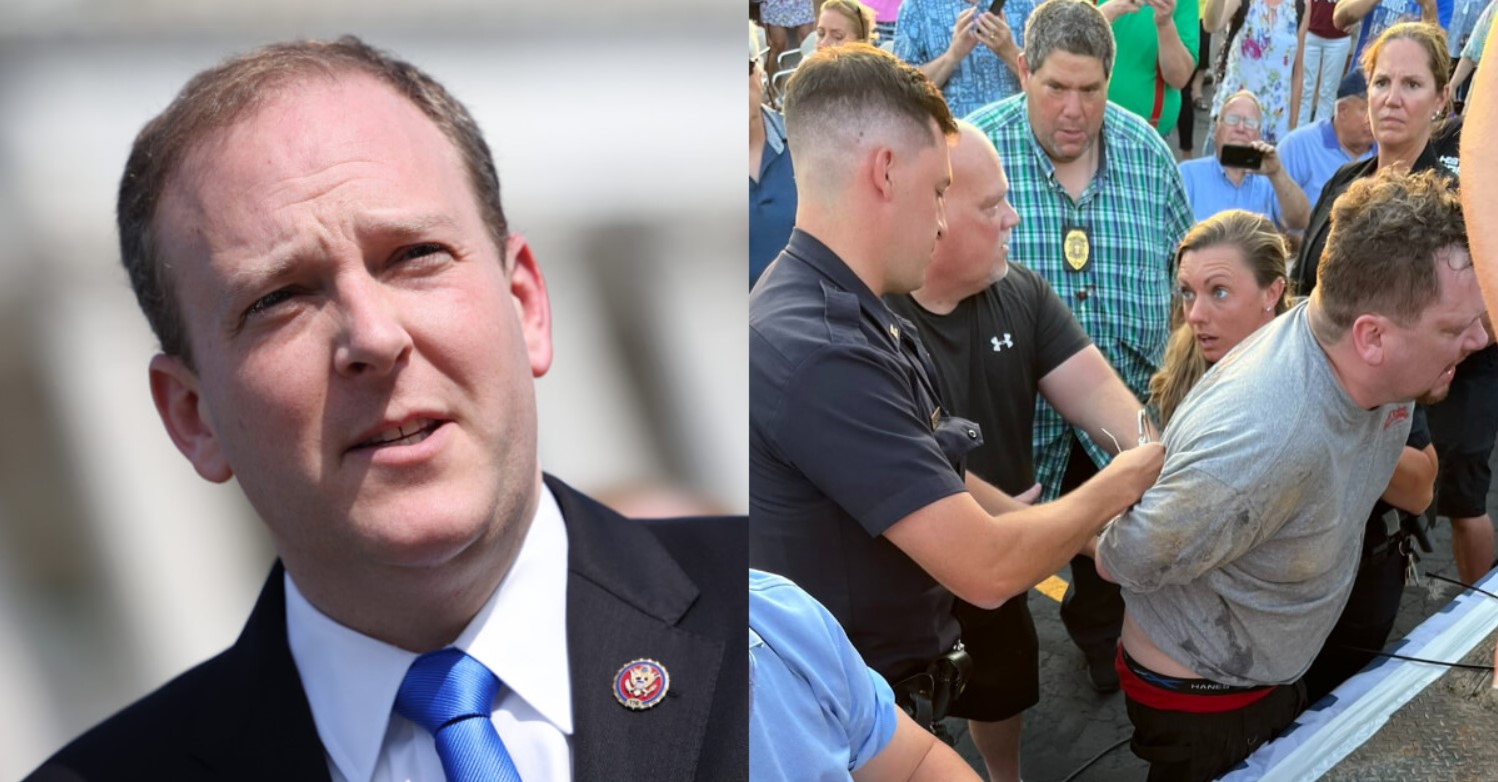 A man armed with a knife jumped on stage and attacked New York Republican nominee for governor Rep. Lee Zeldin during an outdoor campaign rally in the Rochester suburb of Perinton Thursday night. The man reportedly wrestled with Zeldin but was subdued by someone else at the rally. Zeldin was not hurt in the attack and finished his speech. Lt. Governor nominee Alison Esposito reportedly suffered a cut hand in the attack.

Witnesses say Zeldin was giving a speech about bail reform at the VFW on Macedon Center Road when a man got on stage, started yelling, “wrestled with him a bit, and pulled a blade out.”

The alleged attacker was suppressed by AMVETS national Director Joe Chenelly. The Monroe County Sheriff’s Office said he was taken into custody.

Zeldin is also the Conservative Party nominee. “Conservative Party Gubernatorial candidate Lee Zeldin was attracted at a campaign rally in Monroe County by a man who charged the stage with a dangerous weapon. Zeldin helped restrain the individual who was promptly arrested after a struggle. All are ok.”

“My father was near the front, apparently Lt. Gov candidate Alison Esposito was cut on the hand while helping subdue the attacker (25 Year NYPD Cop so I’m not surprised she intervened) but she is alright.”

The attack was caught on video:

Slightly different angle. The attacker can clearly be seen raising his right hand in an apparent effort to slash Zeldin in the throat.

Tonight outside of ROC, a man climbed on stage & attempted to stab @LeeZeldin during a rally speech in front of campaign supporters. Zeldin grabbed attacker’s wrist to stop him until others assisted in taking the attacker to the ground. Law enforcement took the man into custody.

Congressman Zeldin, Alison Esposito and all members of Team Zeldin are safe following tonight’s attack. Congressman Zeldin went back on stage to finish his remarks and thank the law enforcement officers who responded to the scene.

Far more must be done to make NY safe again. This is out of hand. Rep. Zeldin is just the latest NY whose life has been affected by the out of control crime & violence in NY. This must stop! Thankfully, we still have exceptional officers answering the call to protect us.

Statement from Lee Zeldin: “Thank you to everyone who reached out following tonight’s attack in Fairport. Someone tried to stab me on stage during this evening’s rally, but fortunately, I was able to grab his wrist and stop him for a few moments until others tackled him…I’m ok, and @EspositoforNY, and all other attendees are safe. The attacker is in custody. Grateful for the attendees who stepped up quickly to assist and the law enforcement officers who quickly responded. I’m as resolute as ever to do my part to make NY safe again.”

Local TV news WROC reports the attacker is said to be an Iraq war veteran.