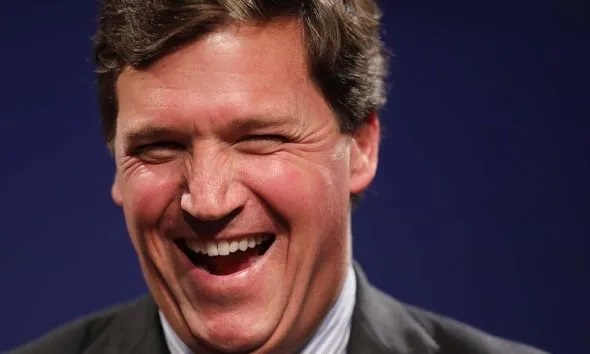 Critics blanketed Twitter with complaints and insults upon learning that Fox News had opted not to replace its prime time schedule with a live broadcast of the January 6th Committee hearings.

Instead, Fox announced plans to provide full coverage of the hearings on Fox Business Network and on its streaming platforms, but that did not stop a whole range of vocal critics — from sitting Congressmen Adam Kinzinger (R-IL) and Ted Lieu (D-CA) to former Secretary of State Hillary Clinton — from bashing the network.

CNN host Brian Stelter fired off a series of tweets announcing the decision and claiming that a failure to air the hearings in their entirety on the flagship network revealed “priorities.”

“Fox News makes it official: It will NOT show Thursday’s 1/6 hearing like all the other major networks. Tucker Carlson’s show will air as usual. Carlson promotes conspiracy theories about the riot, calls the committee ‘illegitimate,’ and ridicules the committee members,” Stelter claimed, adding, “Fox’s top news anchors will be moved over to the Fox Business Network, and they will cover the hearing there. At 8pm ET on an ordinary night, Fox News has more than 3 million viewers, while Fox Business has under 100,000. That pretty much says it all about Fox’s priorities.”

Stelter concluded by conceding that Fox had issued an official statement saying that the main network’s prime time lineup would, in fact, cover the hearings “as news warrants” and preempt “Gutfeld!” in favor of a two-hour block of coverage provided by Shannon Bream, Martha MacCallum, and Bret Baier.

But still, the critics lambasted the network:

“If you work for @FoxNews and want to maintain your credibility as a journalist, now is a good time to speak out, or quit. Enough is enough,” Kinzinger tweeted.

“Fox ‘News’ has released a statement confirming it will not be airing the Jan 6th hearings on its network,” host of the progressive podcast “America Rises Up” Andrew Wortman tweeted, claiming without evidence that Fox News anchors had assisted in inciting the riot on Capitol Hill and calling for the network to be stripped of its ability to broadcast. “Fox anchors not only helped incite the attack, but were in contact with Trump’s Chief of Staff during it. It’s time for this propaganda channel to be taken off the air.”

The Lincoln Project suggested that some at Fox News were “scared” of what viewers might see if they allowed the hearings to air. “CBS ABC NBC CNN are all covering the Jan 6 hearings LIVE. @FoxNews is the only major channel that isn’t. Why won’t @SeanHannity @TuckerCarlson @IngrahamAngle join the rest? No opinion, no editing, just real time coverage. Because they’re scared of what their viewers will see.”

Lieu also suggested that fear was what was driving the network, adding, “Why is prime time @FoxNews scared to show the bipartisan January 6 Committee hearings?”

But a few people defended the network’s decision, with some saying that it aligned more with what viewers actually wanted and others arguing that the entire committee was a sham.

Radio host Joe “Pags” Pagliarulo cheered the move, saying, “Fox News will not air the Jan 6th made-for-tv drama. Good. It’s not a legitimate committee. The committee was given Rs to fill the seats. They rejected them. Then appointed to Trump-hating alleged Rs. Not okay. It’s a sham committee and Fox makes the right choice here.”

“The View” guest host Lindsey Granger made a similar point on Tuesday’s show — namely that many Americans had more to worry about than the January 6th hearings — only to get shouted down by Whoopi Goldberg.