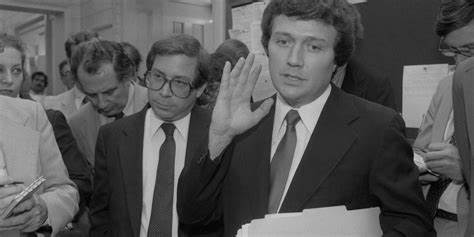 A Democrat who was booted from the House of Representatives and went to prison for his role in a 1970s bribery scandal pleaded guilty Monday to stuffing Philadelphia-area ballot boxes with fraudulent votes for years to get his party’s candidates elected.

Former U.S. Rep. Michael J. “Ozzie” Myers, who was expelled from Congress in 1980 after being caught taking bribes in the Abscam sting investigation, cheated to help local candidates he worked for win the elections, federal prosecutors said. Myers, 79, was a political consultant in the Philadelphia area.

“Votes are not things to be purchased and democracy is not for sale,” U.S. Attorney Jennifer Arbittier Williams said in a news release.

Myers’ “criminal efforts were generally, although not exclusively, directed at securing election victories for local judicial candidates running for Philadelphia’s Court of Common Pleas or Municipal Court who had employed Myers as a ‘political consultant,’” prosecutors said.

Myers admitted he bribed elections judge Domenick Demuro to add votes for his chosen candidates, including clients who were running for judge. The bribes were for as little as $300 and as much as $5,000, authorities said. Demuro pleaded guilty in May 2020 and was convicted for his role in accepting bribes to cast fraudulent ballots and certify false voting results. Myers also conspired with another elections judge, Marie Beren, to pressure voters on election days to vote for candidates that Myers had selected. Been, who cast fraudulent votes for people who did not appear at the polls, pleaded guilty to election crimes last October.

In the late 1970s Abscam sting, Myers, then a two-term congressman, was convicted of bribery and conspiracy for taking $50,000 from FBI agents posing as Arab sheiks. He served just over a year in prison. Myers had served six years in the Pennsylvania legislature before being elected to Congress in 1976.

The Abscam sting swept up five other U.S. House members all but one of whom were Democrats, U.S. Senator Harrison Williams, (D-N.J.), three Philadelphia City Council members and the then-mayor of Camden.

One of the House members netted in the sting, South Carolina Democrat John Jenrette, was famously caught telling an undercover agent posing as a sheikh and offering a bribe, “I’ve got larceny in my blood. I’d take it in a goddamn minute.”

Myers faces up to 20 years in prison on the new charges.