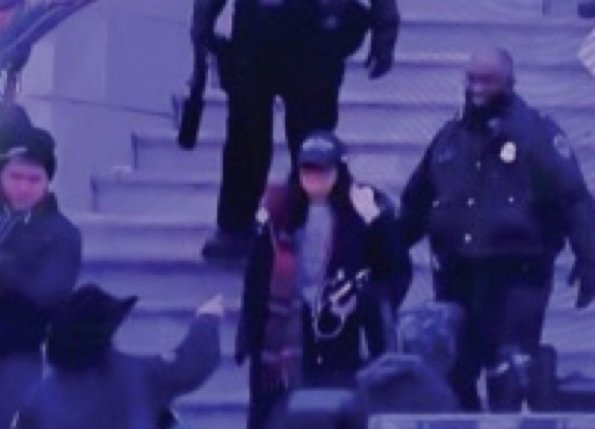 This is a horrible and tragic story and shows how evil our government and DC Court have become:

A 69-year-old woman with cancer is sentenced to two months in prison in a ruling never heard of.

Pam Hemphill, is another tragic example of injustice, after peacefully protesting the stolen election on January 6th. Pam is 69 years old, battling breast cancer, with no criminal background, and is a substance abuse counselor that helped many throughout her career.

Pam was arrested for trespassing. She pled to the charge with the assurances from her attorney that with her age, cancer diagnosis, and absolute lack of criminal history, that anything short of probation has never happened.

Judge Lamberth sentenced Pam to serve 60 days in Federal prison to begin July 12th (in a matter of days).

Though Pam was contrite during sentencing, the judge was upset by a completely different J6 prisoner’s comments to the press after sentencing on a different matter, and held that against Pam despite her age, cancer diagnosis, and law-abiding history.

It is highly unethical to punish a defendant for the conduct of another.

Write, call, and urge the judge to reconsider sentence! (See info below)

Ms. Hemphill had every right in the world to protest the 2020 stolen election.  The evidence behind the stolen election is insurmountable.  The 2020 Election is one of the biggest crimes in world history.  This is just horrible.

The media in the US is no longer a media, it is a filthy disinformation vehicle for the radical left destroying our country. This whole thing is really so disgusting. Here’s how the dishonest far-left Law and Order reported on Ms. Pam Hemphill’s arrest and sentencing.

A 69-year-old Idaho woman who was seen being walked down the steps of the U.S. Capitol after having breached the building—and encouraging other rioters to do the same—has been sentenced to two months behind bars.

Pam Hemphill, who had flown to Washington, D.C. from Idaho on Jan. 5 to support Donald Trump’s effort to overturn the results of the 2020 presidential election, had pushed through police lines three different times as the crowd outside the Capitol grew increasingly violent. She also encouraged her fellow rioters to push their way inside the building, and she was later seen inside the Rotunda itself.

Prosecutors say that when police offered to help her, Hemphill exaggerated her injuries in an effort to distract officers from more violent protestors.

The left called the actions of those protesting the stolen illegal forgetting that US citizens have a right to protest.  They discount Antifa and the Fed’s efforts to damage the Capitol and incite the crowds.  They label innocent Americans who went into the Capitol trespassers when most were invited in by the police.  (The doors were opened from the inside.)

They ignore the millions of examples of election fraud and claim a senile man won the election when he didn’t.  They then claim President Trump tried to overturn the election when he wanted it certified based on the law because if so, it never would have gone to corrupt and criminal actors behind the Joe Biden steal.

Please contact Judge Lamberth and encourage him to come to his senses on his sentencing of Ms. Hemphill.

HAHA: Tump LIGHTS UP Rally in Alaska With Humor and Skewering of Joe Biden