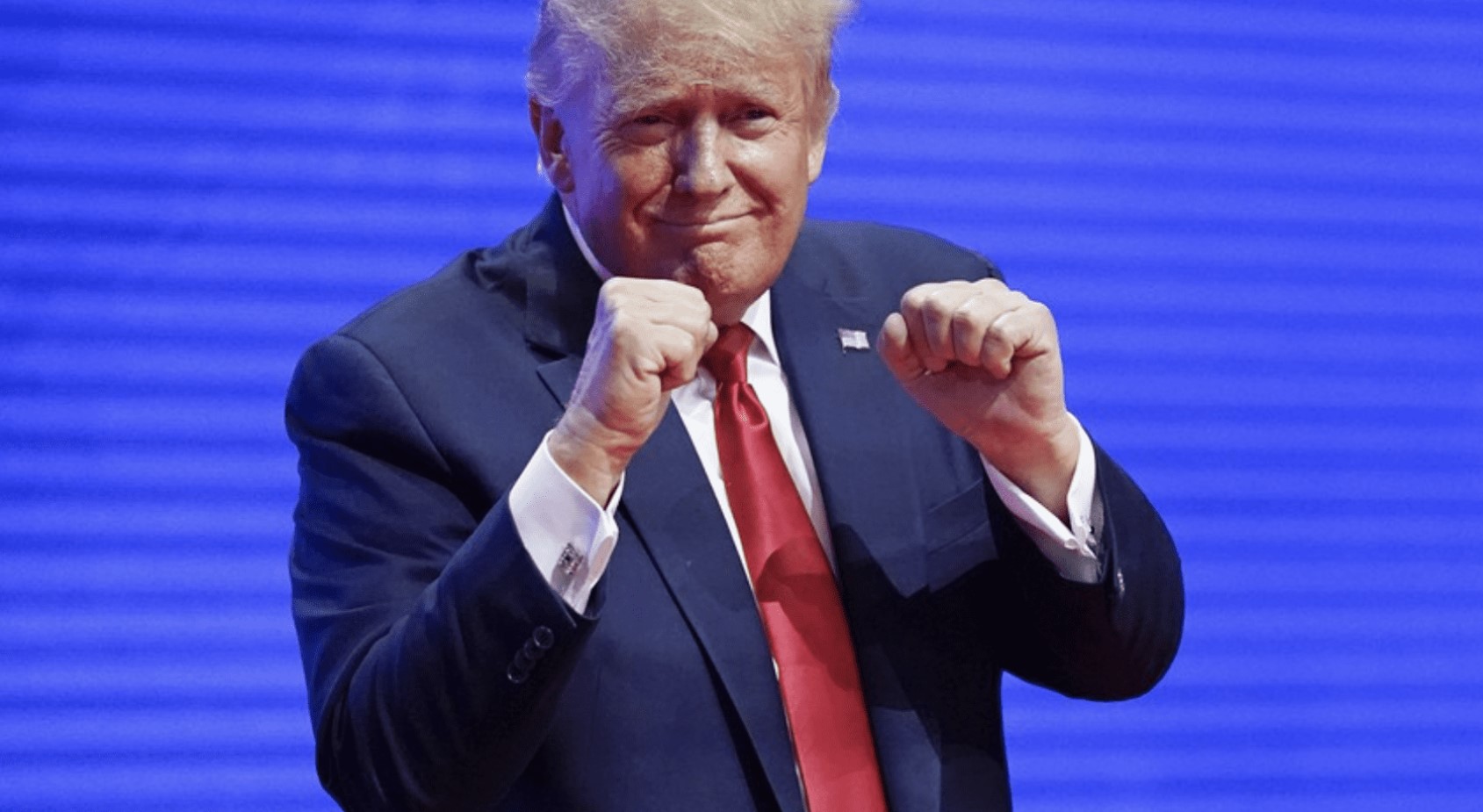 President Donald Trump held another “Save America” rally on Saturday, this time in Anchorage, Alaska.

Trump didn’t hold back either on politics or the topics of the day. He called out Elon Musk for calling off his effort to buy Twitter. He’s likely now to end up in court on the matter.

“Elon. Elon. Elon. He’s not going to buy Twitter,” Trump said after encouraging those in attendance to use a competing social media platform, Truth Social. “And where did you hear that before? From me,” he added.

“He’s got himself a mess, I’ve looked at his contract,” Trump continued. “Ya know, Elon says he’s never voted Republican, but I didn’t know that because he told me that he voted for me so he’s another bull—t artist.”

Trump is now something of a competitor of Twitter with Truth Social and Musk has indicated that he was leaning toward Florida Gov. Ron DeSantis for 2024 if he runs.

Trump also took the time to remember former Japanese Prime Minister Shinzo Abe, whom he regarded as both a personal friend and a great friend of the United States.

Trump saved his most cutting remarks for the Democrats and people like Sen. Lisa Murkowski (R-AK), “In four months… you are going to fire your RINO [Republican In Name Only] Senator Murkowski,” Trump added. “She is the worst.” He endorsed her opponent Kelly Tshibaka, whom he termed a “conservative warrior,” to cheers. Murkowski has been in office for 20 years.

Trump also spoke about ending the political career of House Speaker Nancy Pelosi (D-CA) and spoke about the “incredible damage” that Joe Biden had done to the country in such a short period.

“You could take the five worst presidents in American history and put them all together and mix them all up and they would not have done the incredible damage that Joe Biden has done to our country in less than two short years,” Trump said. He noted that the comparison between his success and Biden’s failure was “stark.”

This was classic Trump as he joked about the efforts to get him and Biden’s incoherence.

Kelly Tshibaka and Sarah Palin both had the opportunity to speak as well, and Palin used part of her time to praise Trump for being willing to take on the “fake media.”

Palin is running for the seat of the late Rep. Don Young. She was on top in the primary. The way it works in Alaska is that the top four in the open primary then go on to the general election. So it looks like she’s well-positioned in that race.