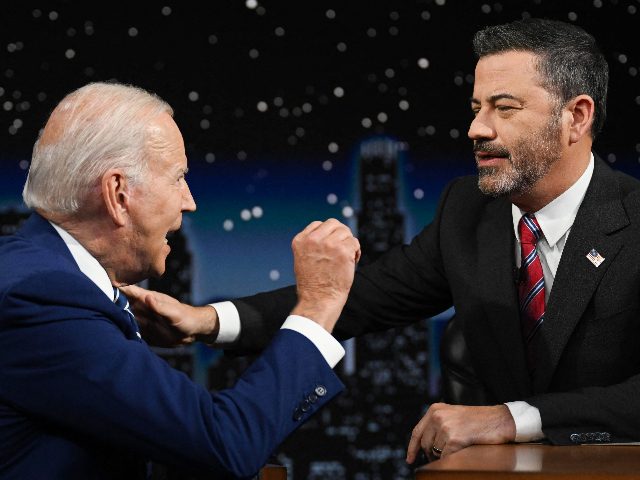 President Joe Biden joked Wednesday on Jimmy Kimmel Live that he wants to send Republicans to “jail” for refusing to support gun control and other aspects of his agenda.

In an interview with the ABC left-wing host Jimmy Kimmel, the president expressed his frustration that “Republicans don’t play it square,” blocking his proposals for gun control.

“It’s like you’re playing Monopoly with somebody who won’t pass ‘Go’ or won’t follow any of the rules, and how do you ever make any progress if they’re not following the rules?” Kimmel responded.

“You’ve got to send them to jail,” Biden joked:

Jimmy Kimmel expressed his frustration that Democrats had control of the House, the Senate, and the White House but had made very little progress on issues such as guns, abortion, and climate change.

Biden expressed the need to respect the democratic process, criticizing former President Donald Trump for his “abuse of the Constitution.”

“If we do the same thing they do, our democracy will literally be in jeopardy. Not a joke,” he said.

Biden added that Republicans were terrified of acting on gun control because they would face a primary challenge from the “far right.”

Democrats went on to win back a majority in the U.S. House.