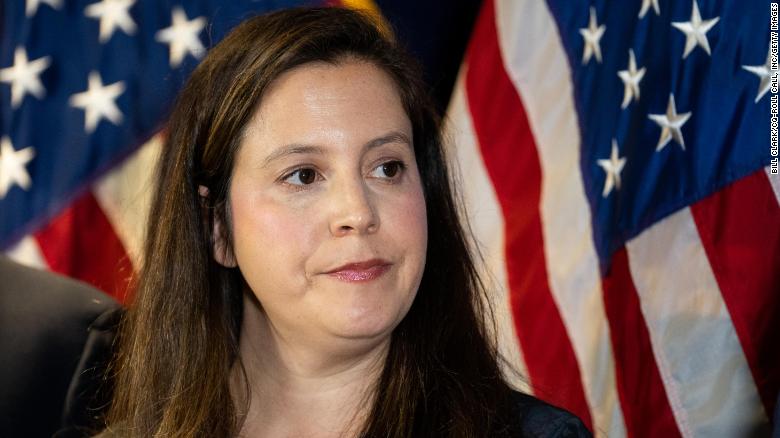 Stefanik called into question why Democrats were so fixated on the Capitol riot rather than solving inflation, “skyrocketing gas prices,” and increase in crime rates. She said House Speaker Nancy Pelosi (D-CA) “broke 200-plus years of precedent by not allowing” House Minority Leader Kevin McCarthy (R-CA) to appoint members to the January 6 committee.

She continued, “All of these crises are a direct result of Joe Biden and Nancy Pelosi and House Democrats’ failed agenda. And what do the Democrats want to talk about? They want to talk about January 6. But importantly, their committee is not focused on finding out why the Capitol was so ill-prepared, why the Capitol police were not given the proper training and resources, why they were at half staff on January 6. These are important questions that Nancy Pelosi and Democrats don’t care about because they kicked off the Republican-appointed members of the committee, which is why it’s illegitimate.”

“Every single member that was appointed by Kevin McCarthy is not on the committee,” Stefanik added. “That’s because Nancy Pelosi broke 200-plus years of precedent by not allowing the Republican minority leader to appoint members of a sitting committee. That has never happened before, Harris. That’s why this committee is illegitimate and does not serve a legislative purpose.”

CNN op-ed calls for repeal of the Second Amendment: ‘Let’s just get rid of it’