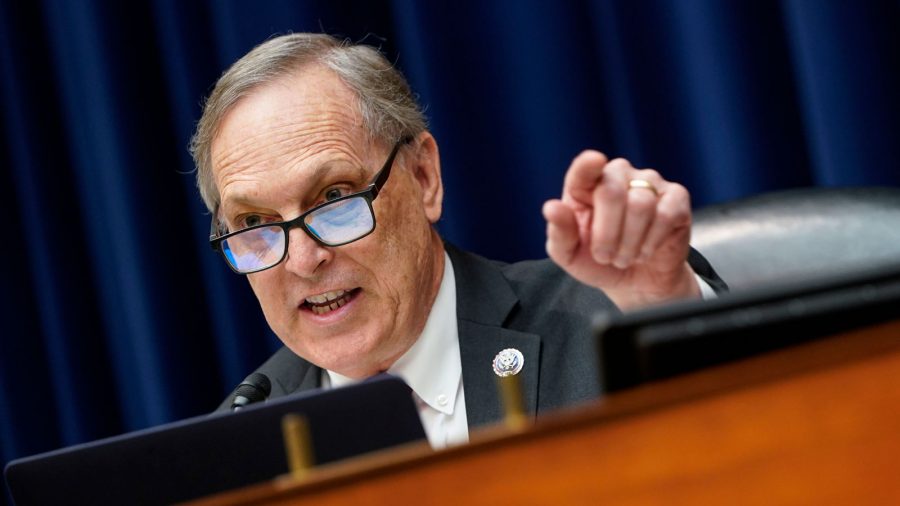 GOP Rep. Andy Biggs of Arizona made a compelling case why he will not be complying with what he called the “illegitimate” Jan. 6 committee’s subpoena to testify.

And he said it centers on how House Speaker Nancy Pelosi formed the “rigged” panel investigating last year’s Capitol incursion without allowing Republicans to choose a single member to serve on it.

“In an unprecedented step, she denied House Minority Leader Kevin McCarthy’s (R-Calif.) selections for the committee. She appointed the anti-Trump, anti-Republican duo of Liz Cheney (R-Wyo.) and Adam Kinzinger (R-Ill.), ensuring only members who supported her desired political outcome would serve on the committee,” Biggs wrote for American Greatness on Wednesday.

“The committee has been issuing subpoenas to the public and now, members of Congress, without authority,” the lawmaker continued.

The congressman went on to highlight the hypocrisy of Democrats who accused Republican members of Congress of being treasonous for objecting to the certification of the Electoral College vote in the 2020 race between then-President Donald Trump and Joe Biden when they did the same thing four years earlier when Trump defeated Democrat Hillary Clinton.

“The committee, which is populated by members of Congress who objected to certification of electors when Trump won in 2016, believe that anyone who objected to 2020 electors somehow attempted to overthrow the government,” he wrote.

Democratic Rep. Jamie Raskin of Maryland, who serves on the Jan. 6 committee, objected to the certification of Florida’s electors in 2016.

Biggs also called out Democrats for trying to smear Republicans with sinister motives.

“The committee believes that if anyone, including myself, met with anyone else to explain why there was an objection, then those who discussed the statutory process were somehow plotting an insurrection. In truth, like Democrats in 2016, Republicans were merely discussing the legal process,” he wrote.

Biggs slammed the lack of transparency surrounding the committee’s work.

Perhaps one reason is she does not want to show that the vast majority of those protesters present were peaceful, while a small fringe got physical with Capitol Police.

Biggs implied that the committee should potentially make Pelosi testify about her role on Jan. 6.

Republicans have sought answers for why up to 20,000 National Guard troops offered by the Trump Defense Department were not on-site ahead of the protest.

“Pelosi won’t be compelled to testify before the committee about her role in the riots of that day,” Biggs wrote.

Just the News reported — based on an official timeline compiled by the U.S. Capitol Police — the Pentagon offered National Guard troops four days before the Jan. 6 incursion.

Kash Patel — who served as chief of staff to then-acting Defense Secretary Christopher Miller — told the news site, “The Capitol Police timeline shows what we have been saying for the last year — that DOD support via the National Guard was refused by the House and Senate sergeant at arms, who report to Pelosi.”

“Now we have it in their own writing, days before Jan. 6. And despite the FBI warning of potential for serious disturbance, no perimeter was established, no agents put on the street, and no fence put up,” Patel added.

She sent “a preemptive letter [on Jan. 5] to Miller and other Pentagon and Justice Department officials asking that troops not be deployed unless the Metropolitan Police Department approved, citing an incident in summer 2020, when troops were deployed at Lafayette Park near the White House during civil disobedience,” Just the News reported.

Bowser added that she believed her police department was “well-trained and prepared to lead the law enforcement” response to ensure Jan. 6 unfolded safely.

“What if Republicans in the House had a committee appointed only by [Minority Leader] Kevin McCarthy and had rejected every nominee that Nancy Pelosi put forward? And they picked two Democrat stooges to go on the committee because they didn’t like, say, Joe Biden?” the former Reagan Justice Department official asked.

Levin offered that there are two reasons that House Democrats are carrying on as they are with the Jan. 6 committee.

First, they want to try to stem a red wave expected to sweep many of their members out of office and put in many Republicans during this fall’s midterm elections.

Second, Democrats want to “put the political dagger in the heart of Donald Trump, so he can’t be president of the United States again,” Levin said.

“They want him indicted by [Attorney General] Merrick Garland,” he added.

Biggs sees the whole undertaking as a political hit job too.

“I have watched the Star Chamber proceedings of the January 6 committee and have reached the conclusion that not only is it illegitimately formed, in violation of the rules of the House, it is manifestly organized for one purpose: a search and destroy mission against any and all perceived political enemies,” the congressman wrote.

“The media and the federal government have been weaponized,” he said.

Biggs is right to not play ball.

‘It Was Me or Him’: Homeowner Shoots and Kills Armed Intruder