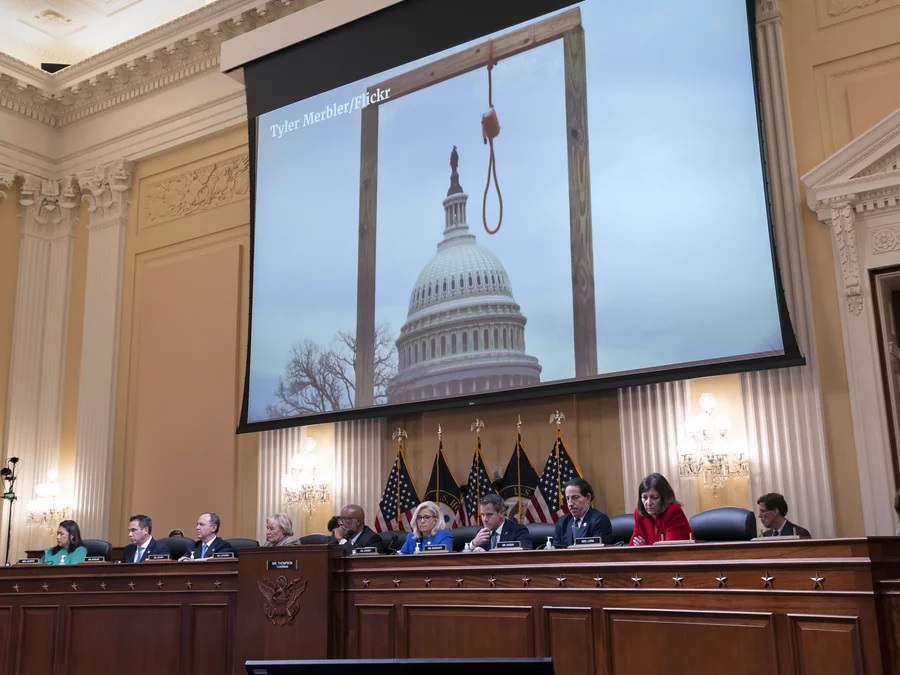 The Pelosi-controlled House January 6th Committee investigating the Capitol riot and efforts by President Trump to stop the steal of the 2020 presidential election suddenly announced a hearing scheduled for Tuesday at 1 p.m. EDT “to present recently obtained evidence and receive witness testimony.”

The surprise hearing comes after Chairman Bennie Thompson (D-MS) said last week there would be no more hearings until after the long July 4th recess. The committee had previously put off two hearings set for this week. No further details on the hearing were released.

Tuesday’s hearing will be the sixth the committee has held.

Last Thursday’s hearing focused on former Trump Justice Department official Jeffrey Clark. By sheer coincidence the FBI staged a dawn raid on Clark’s home the day before, seizing his electronic devices while forcing him to wait outside his home in his pajamas.