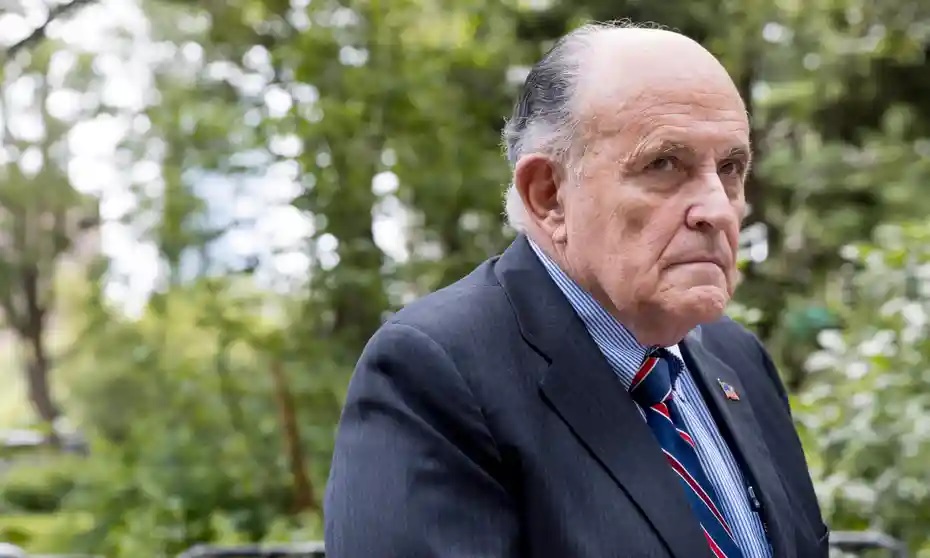 Former Trump lawyer Rudy Giuliani said Monday that a video of an incident in a Staten Island, N.Y., supermarket, which was initially described as an attack against the former New York City mayor, “probably is a little deceptive.”

Giuliani claims that he was almost knocked over when ShopRite employee Daniel Gill slapped him on the back Sunday. However, a video that circulated online shows the former mayor barely move when the hand makes contact with his back and then quickly turn to face Gill as a woman strokes his back.

“And all of a sudden without any warning was hit very, very hard on the back, to such an extent that it knocked me forward about two steps,” Giuliani said of the incident during a press conference on Monday.

“People around me helped me. People around me secured the person who did it. The videotape that you see probably is a little deceptive because it just shows that hand on my back,” he said.

The New York Police Department told The Hill on Sunday that Giuliani was slapped in the “mid-back” by the ShopRite employee while on the campaign trail for his son Andrew Giuliani’s gubernatorial campaign.

Gill has been released ahead of his scheduled hearing on August 17.

In a statement, the Legal Aid Society, who is representing Gill, said that the charges against their client were still “inconsistent with existing law.”

“Our client merely patted Mr. Giuliani, who sustained nothing remotely resembling physical injuries, without malice to simply get his attention, as the video footage clearly showed,” the organization said in a statement.

“Mr. Gill was then followed and threatened by one of Mr. Giuliani’s associates who allegedly poked Mr. Gill in the chest and told him that he was going to be ‘locked up’. He was then needlessly held by the NYPD in custody for over 24 hours,” it added.

“Given Mr. Giuliani’s obsession with seeing his name in the press and his demonstrated propensity to distort the truth, we are happy to correct the record on exactly what occurred over the weekend on Staten Island.”

Giuliani said he believed Gill hit him because of his “pro-life” stance on abortion, with the incident coming just two days after the Supreme Court overturned Roe v. Wade and the constitutional right to an abortion.

In a statement on Sunday, Andrew Giuliani said that the attack on his father hit close to home but was part of a wider problem of crime and violence in the city.

“The assault on my father, America’s Mayor, was over politics,” he said. “We will not be intimidated by left wing attacks. As governor I will stand up for law and order so that New Yorkers feel safe again.