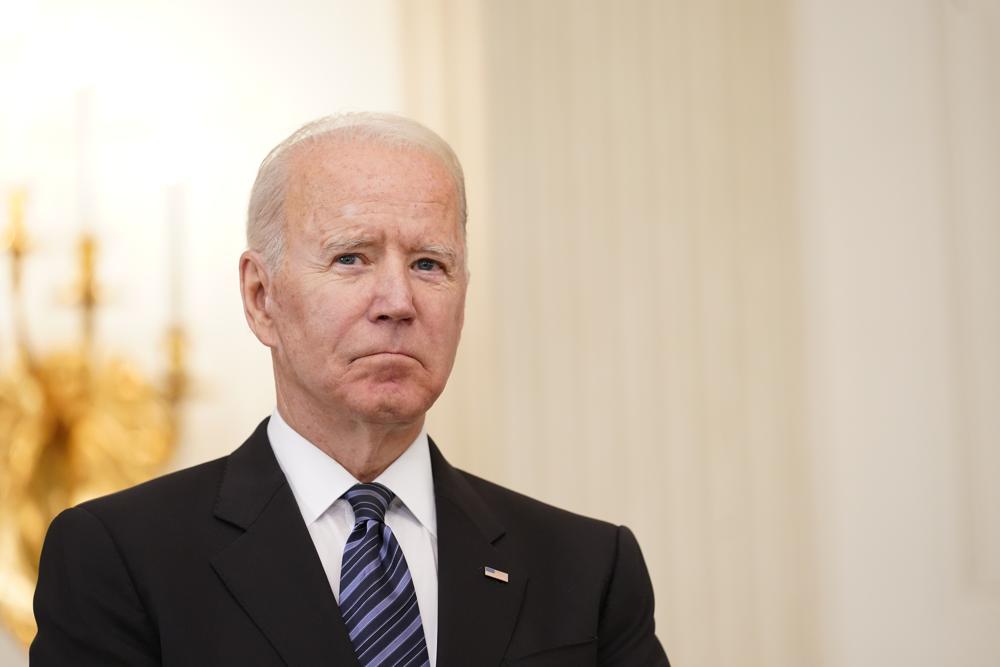 Democrats are done with President Joe Biden, who has managed to make himself so toxic that the party’s congressional candidates want nothing to do with him. In fact, Democrats running for various offices have gone to great lengths to make themselves unavailable when even the suggestion of the president coming to their states arises.

Sen. Raphael Warnock (D-GA) who is locked in a battle for his Senate seat with Republican challenger Herschel Walker, is attempting to distance himself from the president. This is happening as Walker’s campaign has criticized the “Biden-Warnock agenda.”

When asked about Biden’s performance so far, Warnock engaged in a bit of buck dancing to avoid answering the question. “I’m focused on the job I’m doing,” he said. “When that means standing with this person or that person, it’s based on what it does for Georgia.”

Andrea Salinas, a Democrat running for a House seat in Oregon, said in a video that Biden’s abysmal approval ratings are making her race more of a challenge. She told her audience that campaign officials told her that “because of our president’s sliding ratings right now, we should handicap ourselves about 3%.”

Rep. Kim Schrier even went so far as to attack the president directly. In a campaign ad, she said she was “taking on the Biden administration” over a gas-tax holiday.

However, some Democrats are still in denial and are trying to convince the public that Biden is actually a boon to Democratic candidates.

“Thanks to President Biden, House Democrats delivered funding for new roads and bridges in their communities, we’re bringing CHIPS manufacturing home to boost our national security, and we’re defending freedom and justice for the American people,” said Chris Taylor, spokesman for the Democratic Congressional Campaign Committee. “MAGA Republicans are dead set on making Americans sicker by ending Medicare in five years, poorer by raising taxes on working people, and less free with a nationwide abortion ban that rips women of their freedom to make decisions about their own reproductive health.”

However, it does not even appear as if Biden will get any support from Democrats if he decides to run again in 2024. Both Rep. Alexandria Ocasio-Cortez (D-NY) and Sen. Joe Manchin (D-WV) were quite cagey when asked if they would back him in the next presidential election. However, despite what Biden has claimed, I do not believe he will run again, so this might be a moot point.

But it is still an interesting development that will have ramifications for the upcoming congressional elections and even the 2024 race. Biden has performed so poorly that there is no way it has not placed a dark mark on the entire Democratic Party that propped him up. Moreover, there is still more time between now and the next presidential election – more time for him to further foul things up. It is yet another factor showing how precarious the situation is for Democrats.

But it also highlights another issue that some have pointed out. Who is leading the Democratic Party at the moment? On the Republican side, former President Donald Trump is the clear figurehead of the party, along with Florida Gov. Ron DeSantis and others on the right. But Biden is clearly not the head of the Democrats even though he occupies the White House.

The Democratic Party seems to have become a rudderless endeavor, one that has not quite been given a direction. The civil war between the moderate and far-leftist factions only compounds the matter. At this point, the whole organization is a ship without a captain blowing in the wind. For the time being, it appears that it will not find its way anytime soon. The question is: Will the Republicans be smart enough to capitalize on this?

Tucker Carlson: The Biden admin is provoking a hot war with China

Guy Reffitt Sentenced to 7 Years and 3 Months For Protesting Outside Capitol on January 6th. Prosecution’s Request for Terrorism “Upwards Departure” Denied! HIS SON JACKSON ASKED FOR MAXIMUM SENTENCE FOR HIS DAD IN LETTER TO COURT!