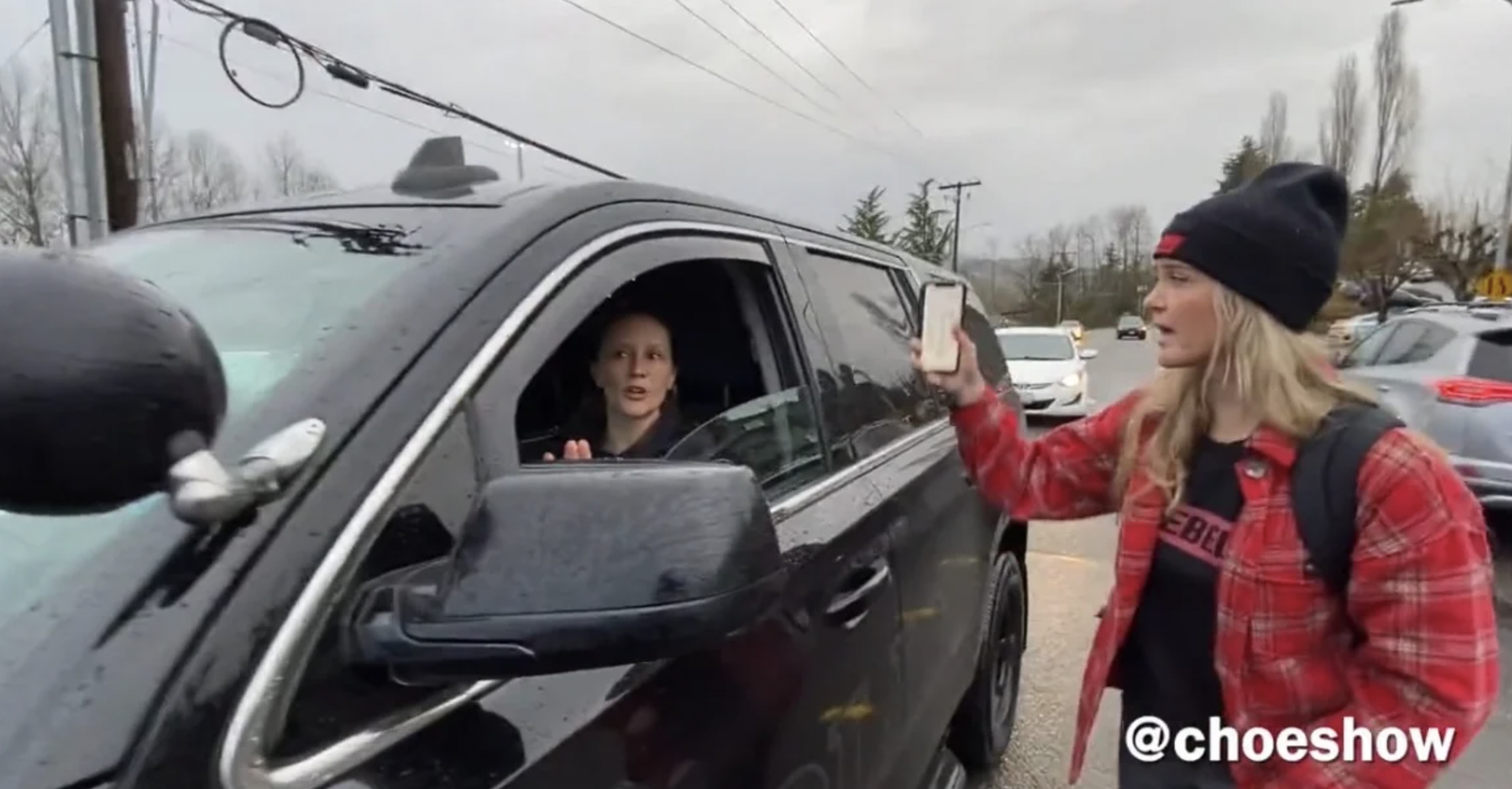 A conservative journalist was assaulted by Antifa militants at a drag queen story hour in Renton, Washington Saturday evening.

A female Rebel News reporter said she was covering a drag queen story hour outside Brewmasters Taproom in Renton when Antifa militants swarmed her.

The victim, Katie Daviscourt, borrowed another reporter’s phone and called the police.

“One of them (Antifa) robbed me. They stole my phone and assaulted me,” Katie Daviscourt said as she stood next to a police cruiser.

I’m going to file a report and hopefully get my phone back,” she said.

Antifa militants used Twitter to organize a violent direct action against those protesting a drag queen story in Renton.

HUGE: Runbeck Whistleblower Reveals That Chain Of Custody For OVER 298,942 Maricopa County Ballots Delivered To Runbeck On Election Day Did Not Exist, Employees Allowed To Add Family Members’ Ballots Without Any Documentation