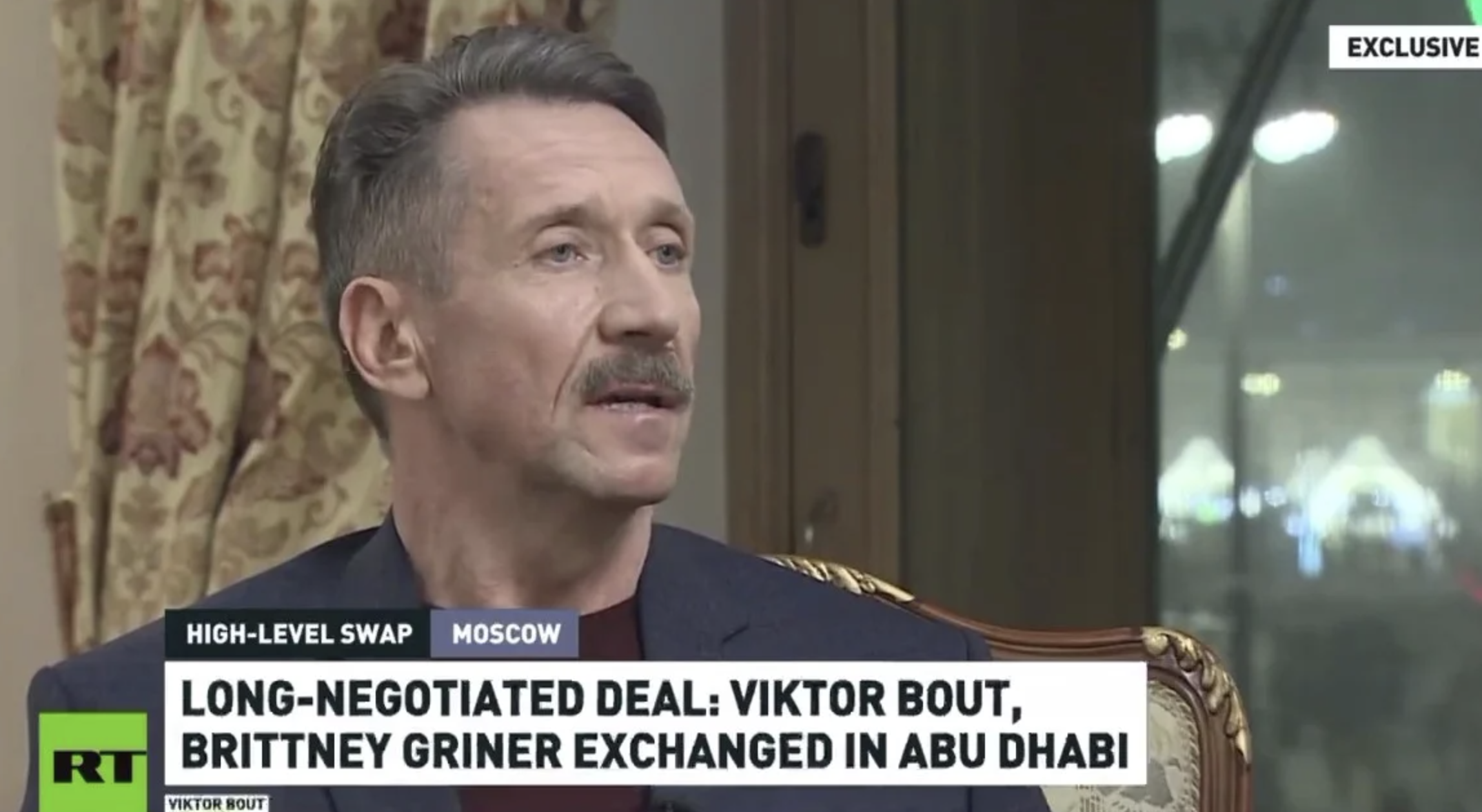 Victor Bout gave his first interview on Saturday since his release from prison in the US.

WNBA star Brittney Griner was found guilty of drug smuggling with criminal intent in a Russian court back in August. Russian prosecutors pushed for a sentence of 9.5 years in a penal colony.

Vikor Bout, known as the “merchant of death,” is a former Soviet military officer, who was serving a 25-year prison sentence in the United States on charges of conspiring to kill Americans, acquire and export anti-aircraft missiles, and provide material support to a terrorist organization. Bout has maintained he is innocent – via CNN.

Bout armed terrorist groups in some of the most violent conflicts in the world.

On Saturday Viktor Bout sat down with Maria Butina from Russia Today in his first interview since his release from US prison.

THEY LIED TO US: World Health Summit Member Admits COVID Lockdowns Were Political Not Scientific (VIDEO)