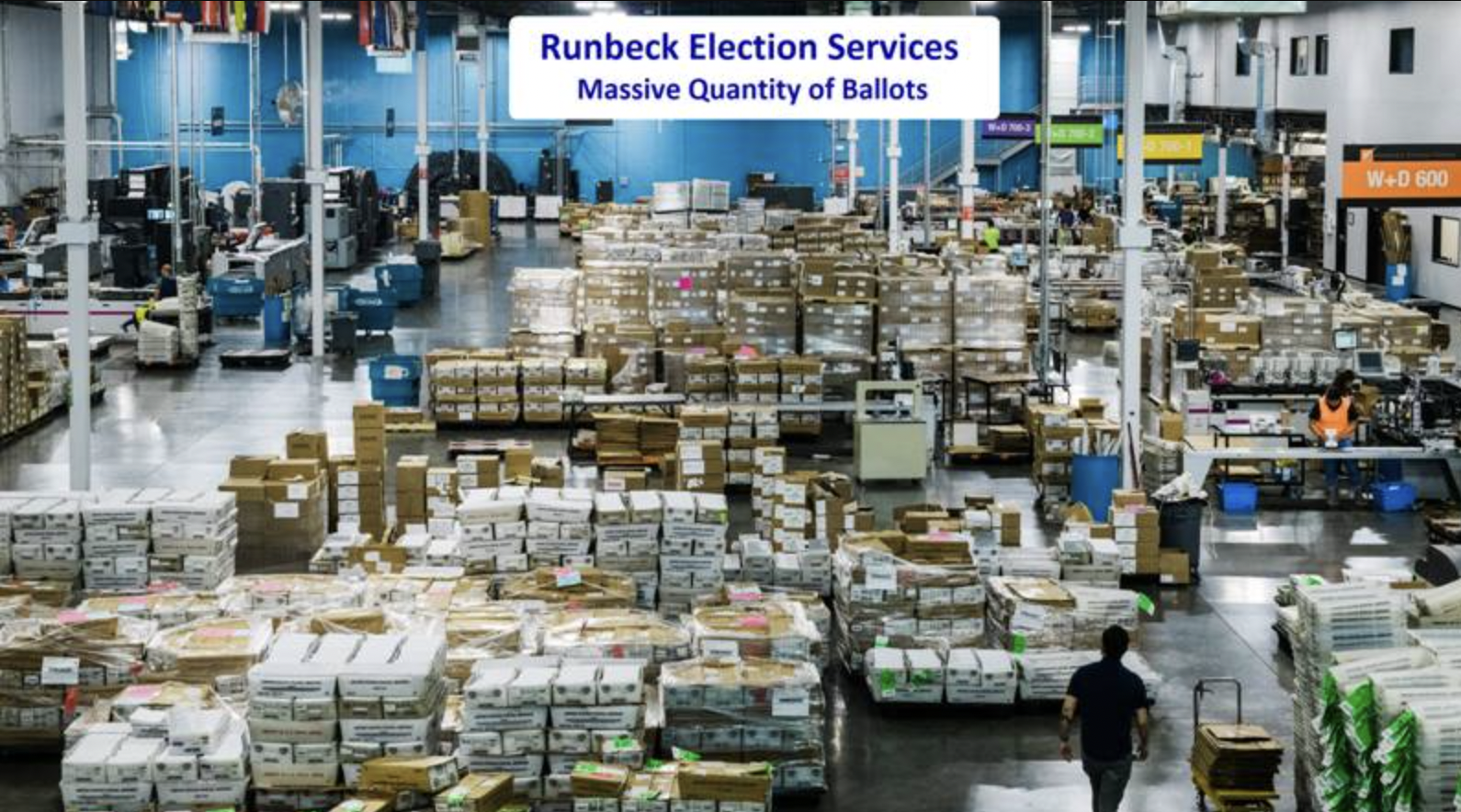 Republican Kari Lake on Friday filed a lawsuit to nullify the 2022 midterm election results for the governor’s race in the state of Arizona.

The Gateway Pundit reported yesterday on this historic lawsuit, which claims that HUNDREDS OF THOUSANDS of illegal votes were counted in the election.

Never in US history has there been so much evidence compiled of a fraudulent election taking place.

The brave attorneys representing Kari Lake are HEROES who deserve a Medal of Freedom!

Read the full complaint below:

“Maricopa County election officials engaged in numerous breaches of Arizona election law in their handling and custody of ballots, making it impossible to conclude that the vote tallies reported by Maricopa County accurately reflect the votes cast by Arizona voters,” contends the lawsuit.

Included in the complaint is a shocking claim by a Runbeck employee that nearly 300,000 ballots were delivered to Runbeck on Election Day with no chain of custody documentation.

Maricopa County is the only jurisdiction in the country that picks up completed ballots at USPS Processing Distribution Center but doesn’t bring them back to the election department or tabulation center. Instead, Maricopa County picks up mail-in ballots and takes them directly to its print vendor Runbeck Election Services, which is headquartered in Phoenix.

The Gateway Pundit has reported on Runbeck’s services in Maricopa County. The County has still not provided all chain of custody documents from Runbeck and USPS for the 2020 election.

The scanning of ballot envelopes takes place behind closed doors and apparently with no documentation.

According to Kari Lake’s lawsuit contesting the 2022 election, a Runbeck employee stated that “Runbeck received 298,942 ballots on Election Day, which includes the EV ballots. The required chain of custody for these ballots does not exist.”

As The Gateway Pundit reported, the Arizona Attorney General released a report in April 2022, which revealed that “between 100,000 and 200,000 ballots were transported without a proper chain of custody,” and signature verification standards were greatly decreased in the 2020 election. The Attorney General also concluded that “Maricopa County failed to follow the EPM procedures when transporting 20% of the early ballots from drop box locations to MCTEC.”

The Runbeck employee also revealed that 9,530 duplicate ballots were transported without any chain of custody documentation. “They were simply handed over to the delivery driver,” states the lawsuit.

Additionally, Employees of Runbeck were allowed to add their own ballots and family members’ ballots to the batches without chain of custody documentation.

All of these ballots were illegally cast and counted.

The complaint states, “There is no way to know whether 50 ballots or 50,000 ballots were unlawfully added into the election in this way. The Runbeck facility is not a legal ballot drop off site… Given this blatant violation of Arizona law, there is no way to tell the number of ballots that were illegally injected into the 2022 election.”

Illegal Ballot Handling and Chain of Custody Failures with Respect To Over 300,000 Ballots Make The Outcome of the Election Uncertain

Maricopa County election officials engaged in numerous breaches of Arizona election law in their handling and custody of ballots, making it impossible to conclude that the vote tallies reported by Maricopa County accurately reflect the votes cast by Arizona voters.

Arizona law requires that “[t]he county recorder or other officer in charge of elections shall maintain records that record the chain of custody for all election equipment and ballots during early voting through the completion of provisional voting tabulation.” Stat. § 16-621(E) (emphasis added). See also Arizona Elections Procedures Manual 61-61.

A proper chain of custody is not ministerial. The U.S. Election Assistance Commission instructs that “Chain of custody is essential to a transparent and trustworthy election.”[1] “Chain of custody documents provide evidence that can be used to authenticate election results, corroborate post-election tabulation audits, and demonstrate that election outcomes can be trusted.” at 3.

R.S. § 16-452(C) states, “A person who violates any rule adopted pursuant to this section is guilty of a class 2 misdemeanor.” This criminal penalty underscores the Arizona state legislature’s recognition of the critical nature of expressly following chain of custody requirements with respect to ballots. See also A.R.S. § 16-1016(7), (8).

The Arizona Elections Procedure Manual, pages 61-62, establishes required procedures for secure ballot retrieval and chain of custody for all drop box ballots. The requirements include that each county must confirm receipt of the retrieved ballots by signing the retrieval form and indicating the date and time of receipt on the form. The retrieval form must be attached to the outside of the transport container or maintained in a way that ensures the form is traceable to the respective ballot container. Significantly, when the secure transport container is opened by the county recorder, “the number of ballots inside the container shall be counted and noted on the retrieval form.”

Maricopa County election officials received two categories of early voting ballots on Election Day, EV ballots received at ballot drop-off sites and mail-in ballots returned through the U.S. Postal Service. Maricopa County delivered these ballots to Runbeck to obtain electronic images of the signatures on the ballots. After scanning, the ballots were eventually transferred back to the Maricopa County Tabulation and Election Center.

Maricopa County failed to maintain and document the required secure chain of custody for hundreds of thousands of ballots, in violation of Arizona law, including as described below, for over 298,942 ballots delivered to Runbeck on Election Day.

A Runbeck employee observed that Maricopa County election workers delivered Early-Vote (“EV”) ballots retrieved from ballot drop boxes and mail-in ballots from the Postal Service, neither of which were accompanied by any of the required chain of custody paperwork which, among other things, would document the number of ballots received from ballot drop boxes. According to the employee, Runbeck received 298,942 ballots on Election Day which includes the EV ballots. The required chain of custody for these ballots does not exist. Indeed, two days later, on November 10, 2022, the employee observed that Maricopa County had to ask Runbeck how many ballots Runbeck had received on election night, demonstrating that Maricopa County itself did not know how many EV ballots had been retrieved from ballot drop boxes on Election Day in violation of Arizona law.[2]

The Runbeck employee’s testimony is confirmed by Maricopa

County’s response to a public records request for chain of custody forms. Early Voting Ballot Transport Statements were produced by Maricopa County on December 6, 2022, in response to a public records request by Lake. Maricopa County produced 1149 of these documents dated October 12th through November 7th but not a single document from Election Day drop box ballot retrievals. The official canvass report indicated that Maricopa County received over 292,000 EV ballots (not including provisional and ballots picked up by the U.S. Postal Service) dropped off on Election Day. However, Maricopa County did not produce chain of custody documents for these reported Election Day drop box ballots.