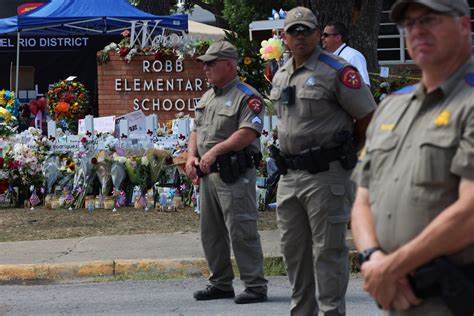 An 18-year-old shooter who killed more than a dozen children at an elementary school on Tuesday reportedly made threats about shooting up schools and raping girls on social media in the weeks preceding the massacre.

The shooter, who will not be named per Daily Wire policy, killed at least 19 children and two adults at Robb Elementary School in Uvalde, Texas.

Teen users of social media app Yubo told CNN of such threats, most of which were apparently made via livestream, but noted they “didn’t take him seriously” until news broke this week.

“Three users said they witnessed [redacted] threaten to commit sexual violence or carry out school shootings on Yubo, an app that is used by tens of millions of young people around the world,” CNN reported.

“The users all said they reported [the] account to Yubo over the threats,” the report added. “But it appeared, they said, that [redacted] was able to maintain a presence on the platform.”

The shooter told girls he’d rape them and showed off expensive rifles, as well as a “$2,000 receipt for his online gun purchase,” CNN said.

A spokesperson for Yubo told CNN via a statement, “we are deeply saddened by this unspeakable loss and are fully cooperating with law enforcement on their investigation.”

The platform is “investigating an account that has since been banned from the platform,” the spokesperson added.

In one report on the gruesome tragedy, a mother of two students at the elementary school claimed she was cuffed by U.S. Marshals after she urged officers to enter the school while the active shooter was still inside.

After persuading her release, the mother said she hopped a fence and rushed into the school, sprinting back out after she grabbed her children.

“The police were doing nothing,” mother Angeli Rose Gomez accused, according to The Wall Street Journal. “They were just standing outside the fence. They weren’t going in there or running anywhere.”

The Daily Wire reported Thursday that the Texas Department of Public Safety (DPS) has confirmed that the shooter “was not confronted by law enforcement before he entered Robb Elementary School through an unlocked door.”

“BREAKING: Texas DPS now says that there was no school police officer who encountered or engaged the mass shooter at Robb Elementary School in Uvalde, TX,” reported Fox News’ Bill Melugin. “Shooter was not confronted before entry and it appears he walked into the school through an unlocked door, per DPS.”