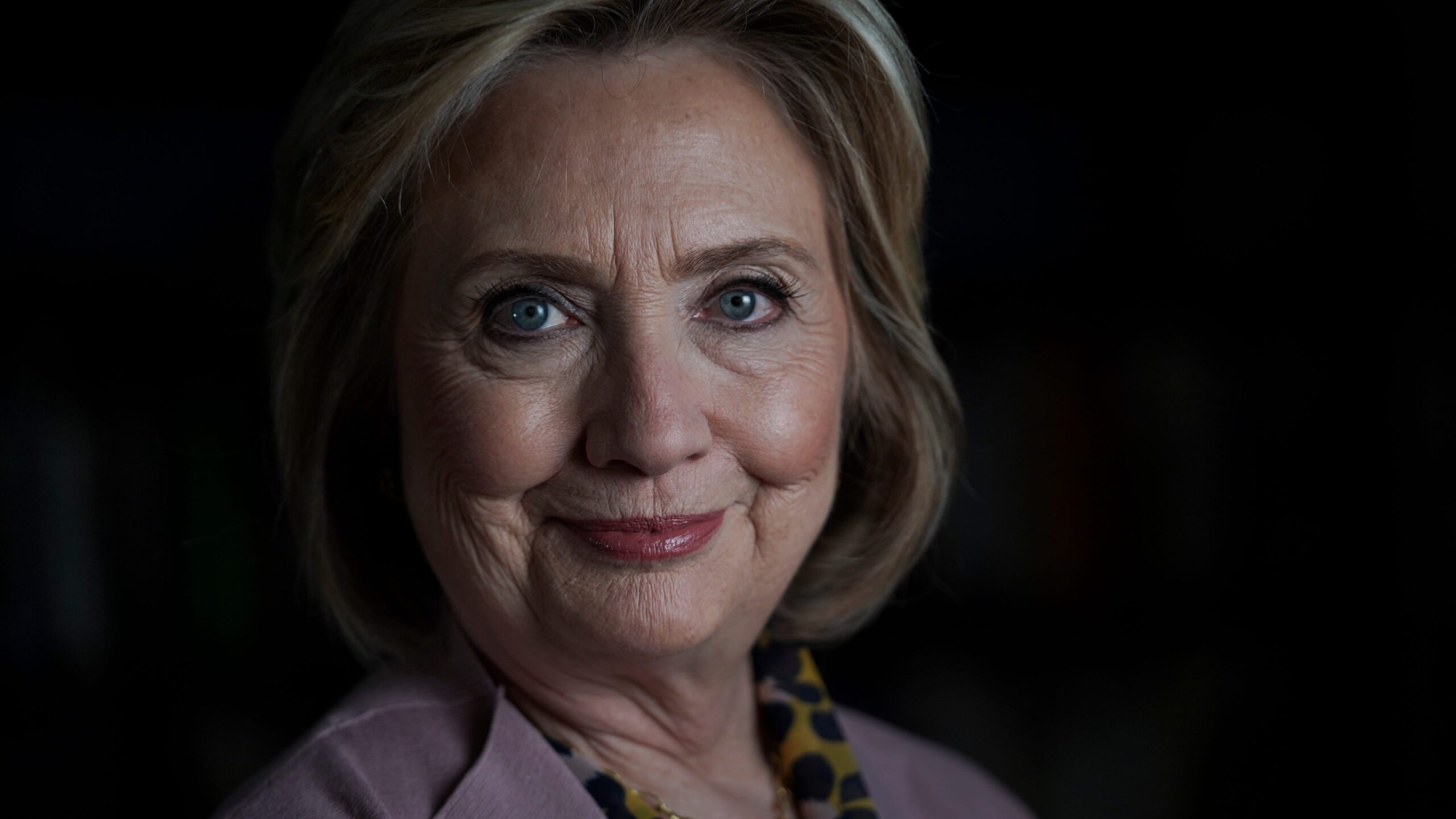 Hillary Clinton personally signed off on sharing since-debunked Trump-Russia allegations related to Alfa-Bank with the media during the 2016 election, according to her campaign manager.

Clinton campaign manager Robby Mook testified Friday he was “briefed about the Alfa-Bank issue first” by Clinton campaign general counsel Marc Elias in the summer of 2016. He said the campaign leadership quickly had a meeting about whether to share the information with the media, which they decided to do. Also present in the meeting were campaign chairman John Podesta, communications director Jennifer Palmieri, and policy adviser Jake Sullivan (who is now President Joe Biden’s national security adviser), according to Mook.

He said that “we discussed it and then made that decision” and “we did” decide to share the claims with a reporter. When asked by a prosecutor on special counsel John Durham’s team about the highest level of approval for pushing the Alfa-Bank claims to the press, Mook replied that “John and I were involved,” but “I discussed it with Hillary as well” after the campaign team had discussed it. Mook said that he framed it to Clinton as: “Hey, you know, we have this, and we want to share it with a reporter.” Mook added, “She agreed to that.”

When pressed by Durham prosecutor Andrew DeFilippis on what else Clinton said, Mook replied that “all I remember is that she agreed with the decision” to share the Alfa-Bank claims with the media. Mook said that “she thought we made the right decision.”

Mook said he couldn’t recall “the exact sequence of events” on whether Clinton was giving final approval or if she was approving of something the campaign had already done.

The Clinton campaign manager said he, Sullivan, Podesta, and Palmieri were all part of the discussion on whether and how to share it with the media, and he said his “hope was that they were gonna run it down and it would be accurate or substantive and then they would report it.” He admitted, “I don’t recall ever asking a reporter to hold off on this.”

“I recall it being a member of our press staff,” Mook said when asked how the Alfa-Bank claims were pushed to the media. “We authorized a staff member to share it with the media.”

Mook admitted he was not confident in the veracity of the Alfa-Bank claims when the decision was made to share them with the press, but claimed the media would help vet the information. DeFilippis asked if the campaign was pleased the allegations were published, and Mook replied, “We wanted the American people to know about it, yeah.”

Democratic cybersecurity lawyer Michael Sussmann was indicted in September for allegedly concealing his clients, Clinton’s 2016 presidential campaign and “Tech Executive-1,” former Neustar executive Rodney Joffe, from FBI General Counsel James Baker in September 2016 when he pushed since-debunked claims of a secret back channel between the Trump Organization and Russia’s Alfa-Bank. Sussmann has pleaded not guilty.

Mook was called as a defense witness on Friday.

The Durham indictment said that “on or about September 15, 2016, Campaign Lawyer-1 exchanged emails with the Clinton Campaign’s campaign manager, communications director, and foreign policy advisor concerning the Russian Bank-1 allegations that Sussmann had recently shared with Reporter-1.” Durham wrote that “Campaign Lawyer-1 billed his time for this correspondence” to the Clinton campaign, with the billing entry of “email correspondence with [name of foreign policy advisor], [name of campaign manager], [name of communications director] re: [Russian Bank-1] Article.”

Her campaign manager was Mook, her communications director was Palmieri, her foreign policy adviser was Sullivan, and her top lawyer was Elias.

Elias hired the opposition research firm Fusion GPS, which in turn hired British ex-spy Christopher Steele in 2016. Elias has testified he was aware of Fusion’s plans to have Steele brief reporters on his anti-Trump research during the 2016 contest, met with Steele during the 2016 contest, and periodically briefed the campaign about the findings from Fusion and Steele. Sussmann also met with Steele in 2016 and pushed certain Alfa-Bank claims to him, which Steele, in turn, pushed to the U.S. government.

“This could be the most direct link yet between Donald Trump and Moscow,” Sullivan claimed in part, adding, “This secret hotline may be the key to unlocking the mysteries of Trump’s ties to Russia.”

“We can only assume that federal authorities will now explore this direct connection between Trump and Russia as part of their existing probe into Russia’s meddling in our elections,” Sullivan said. He continued pushing the Alfa-Bank claims on TV in 2017.

The judge initially ruled he wouldn’t let the Clinton tweet be admitted as evidence, but the jury was shown it on Friday during testimony by Mook. The judge indicated that the version of the tweet admitted into evidence would include redactions, including the part of the tweet hinting at a federal investigation.

The Durham team has argued that Sussmann’s meeting with the FBI was motivated by his desire to generate an “October surprise” that could sink Trump’s candidacy.

DeFilippis repeatedly asked what Mook thought an “October surprise” was. He said that “it’s when you have a piece of opposition research that is so damning that the opponent doesn’t have time to respond and they lose the election.” Mook said, “The idea is you have damning information about your opponent, you give it to the media, and then they run with it.” He also said that “I think it’s a bit of a myth” and “a bit of a fantasy.”

The prosecutor asked Mook if he believed the Alfa-Bank claims were damning, and he replied, “It was certainly alarming and suspicious.” DeFilippis asked Mook to read when the tweet was published, and he said, “Well, it says here, October 31, 2016.”

As a bit of damage control, Sussmann lawyer Michael Bosworth asked Mook for an example of an October surprise, and he replied, “I can’t think of a time when it’s happened in my career.” Mook said he never thought of the Alfa-Bank story as an October surprise.

When asked if the Clinton campaign conversation about sharing the Alfa-Bank claims with the media was about sharing it with the New York Times in September 2016 or with Slate in October 2016, Mook replied, “I don’t recall.”

Franklin Foer of Slate reported on Halloween 2016 that researchers found “a sustained relationship between a server registered to the Trump Organization and two servers registered to an entity called Alfa-Bank.” Eric Lichtblau of the New York Times then published a report stating, “The FBI ultimately concluded that there could be an innocuous explanation, like a marketing email or spam.”

Foer and Lichtblau both emailed with Fusion about the Alfa-Bank claims in 2016, according to records released by Durham.

At the request of the defense lawyer, Mook read the entire Slate article, looking for a reference to an FBI investigation, and he said, “I don’t see the FBI mentioned.”

Mook testified that he “deferred” to Perkins on legal advice as well as on “overseas” activities, but he claimed, “I definitely did not delegate to Perkins Coie to do politics. To do press.” When asked whether Perkins needed permission from him to go to law enforcement, Mook said that “it depends” but he would’ve “expected” for permission to be sought from him.

He added that “I’m not aware” of Clinton approving the campaign to go to the FBI and said, “I don’t know why she would.”

Baker testified in detail about Sussmann’s alleged lie this week. The FBI’s former top lawyer also told the court how the defendant’s allegations created an immediate sense of urgency inside the highest levels of the FBI to investigate the Trump-Russia back channel claims, how the Alfa-Bank claims were quickly dismissed as baseless within the FBI, and how the bureau worries about reporters writing stories based on the existence of FBI investigations in situations in which the press isn’t confident about the allegations and so uses the existence of an investigation as a hook.