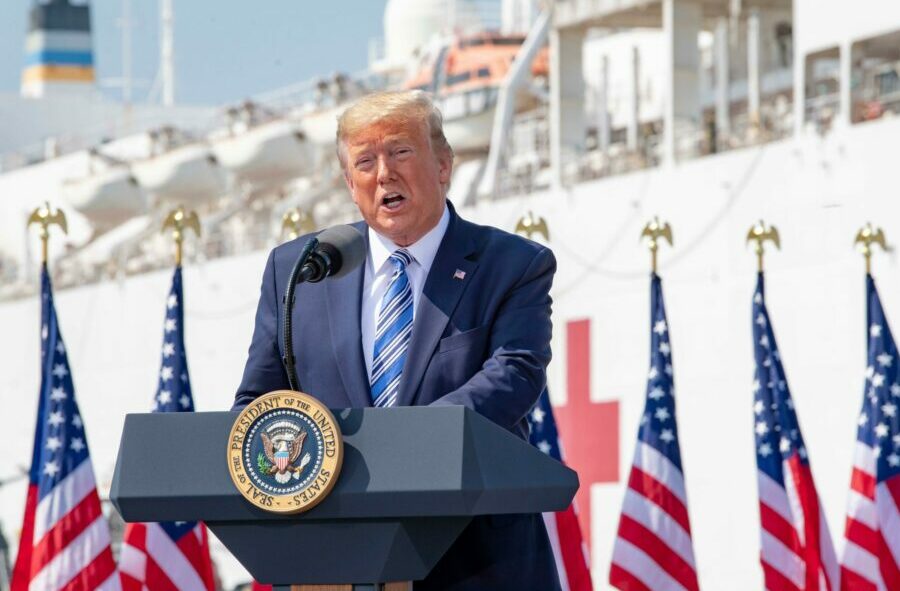 President Donald Trump slammed the credibility of the partisan Jan. 6 Committee, which has spent the last year “investigating” the events that led up to the “insurrection” at the U.S. Capitol in 2021.

“Everyone must remember, this is all about massive Election Fraud which took place and which the Unselect Committee refuses to discuss,” Trump wrote in a statement posted to Truth Social on Thursday.

“Likewise, they refuse to discuss the 10-20,000 soldiers that I offered 4 days earlier to secure the Capitol,” he continued. “Pelosi and the Mayor of DC, who are in charge of security, turned it down.”

The Jan. 6 Committee has relentlessly investigated the role that President Trump played in the events of that day in 2021. They have additionally subpoenaed multiple Trump allies and advisors over the past year.

Further, the committee’s hearings have been televised, but the American public is not very interested in watching. “The T.V. Ratings for the January 6th Unselect Committee were absolutely awful,” Trump wrote in early June. He pointed out that the same people who brought forth claims of now-debunked collusion between Trump and the Russians are now orchestrating the committee’s hearings.

Most recently, the committee suffered yet another blow to its credibility by airing the wild testimony of Cassidy Hutchinson, a former White House aide and advisor to former Chief of Staff Mark Meadows. Hutchinson claimed that President Trump attempted to commandeer a presidential SUV and hijack the steering wheel from a Secret Service agent so that he could reportedly drive to the Capitol Building on Jan. 6, 2021.

Trump ripped Hutchinson’s testimony on Truth Social, calling her a “Social Climber,” and pointing out that she was spreading lies “UNDER OATH.”

“What is the Justice Department going to do about this?” he demanded. “Do we have a two tiered system of Justice?”

Trump additionally pointed out on Wednesday that the “Unselect” Committee had no desire to investigate the claims of nationwide election fraud that have surfaced in 2020.

“So, they Rigged & Stole a Presidential Election,” he concluded, “and nobody, especially the Unselects, wants to go after the people that did it – Only after those wanting Election Integrity! What is happening to our beautiful USA?”

Trump RIPS Cassidy Hutchinson: She’s A ‘Social Climber’ Who Is ‘Living In Fantasyland’