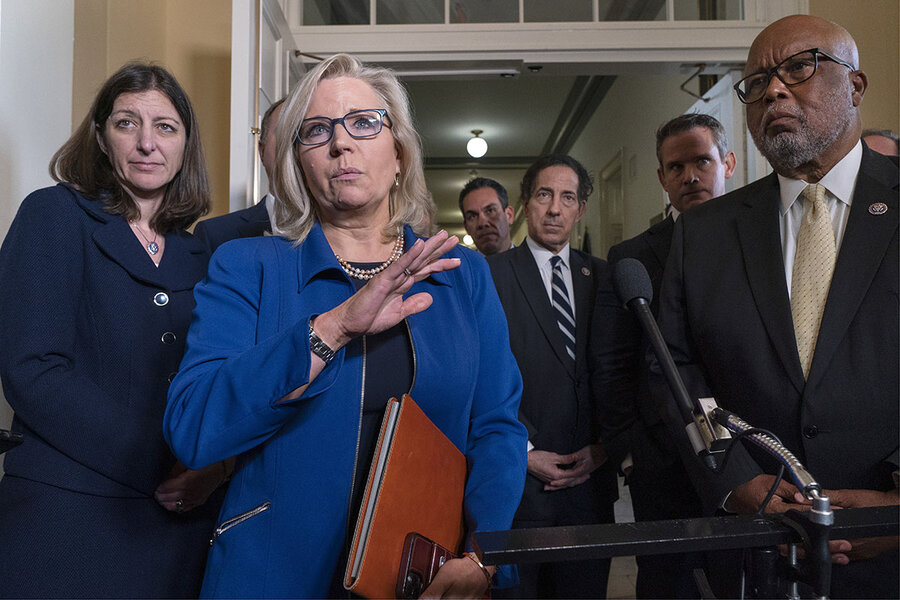 This is an attack on Americans who want free and fair elections.

As The Gateway Pundit previously reported, Arizona State Representative Mark Finchem, a key fighter for election integrity in Arizona, received a subpoena from Liz Cheney and her goons — after spearheading the Arizona audit, which discovered hundreds of thousands of illegal votes in the 2020 election.

This ongoing witchhunt is only meant to distract from the fact that the Maricopa County full forensic audit discovered massive fraud in the 2020 Election, and more evidence is coming out each day. The Gateway Pundit reported that the “2000 Mules” documentary revealed that more than 200 illegal ballot traffickers funneled over 207,000 illegal ballots into Arizona’s election.

True the Vote testified on these findings during a hearing with Arizona Legislators in May.

Arizona Senate President Karen Fann and state Sen. Kelly Townsend — both Republicans — received what appeared to be matching subpoenas from the FBI on June 21, according to Kim Quintero, a spokesperson for Arizona Senate Republicans.

The subpoenas seek information related to the Justice Department’s investigation into the Capitol riot on Jan. 6, Quintero told NBC News in an email Friday.

“President Fann and Senator Townsend are fully cooperating in releasing whatever emails and text messages they are requesting,” Quintero said. “We have no reason to believe they will be called to testify in Washington D.C.”

According to Quintero, both legislators were given “a deadline of sometime next week to comply,” and thousands of records from constituents and others have already been identified by staff members in response to the request. Quintero declined to provide details about the records.

The subpoenas were delivered the same day Arizona House Speaker Rusty Bowers testified before the congressional committee investigating the Capitol riot. Bowers, a Republican, told members of the Jan. 6 committee that Trump and lawyer Rudy Giuliani pressed for the state Legislature to select a rival slate of electors that would favor Trump, even after Republican Gov. Doug Ducey had certified Joe Biden’s electoral victory.

The Gateway Pundit reported that Arizona House Speaker RINO Rusty Bowers testified before the committee to lie about President Trump and say the election was free and fair.

Why haven’t the Arizona Capitol riots, organized by left-wing organizations and politicians, been investigated?

The Gateway Pundit recently reported that the Arizona Capitol was raided by a left-wing mob of violent pro-abortion rioters. Arizona State Senators were rushed to safety when radical leftists attempted to break into the capitol during a vote.

Mark Finchem has called on the Arizona Attorney General to probe these rioters, the organizations, and the politicians involved in organizing the J24 insurrection.

This is all about stopping conservatives from getting to the bottom of 2020.

TRUMP SLAMS JAN. 6 HEARINGS: ‘THIS IS ALL ABOUT MASSIVE ELECTION FRAUD’