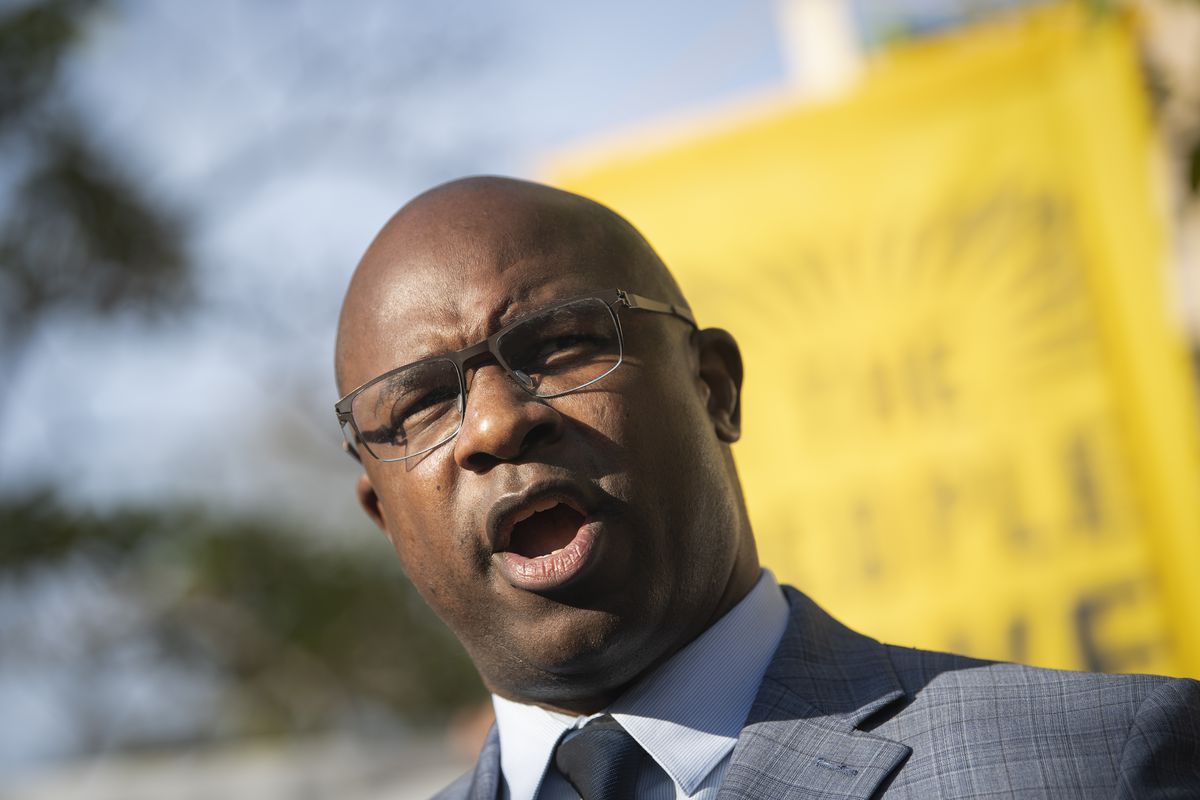 Progressive Rep. Jamaal Bowman suggested over the weekend that far-right white nationalists could be emboldened to start another civil war if Republicans win back the majority in Congress after November’s midterm elections.

The New York ‘Squad’ member made a series of predictions on MSNBC about what a Republican-dominated Washington would look like, including multiple trials for President Joe Biden and the dissolution of the select committee investigating the January 6 Capitol riot.

‘They would impeach President Biden as quickly as possible and they will continue to find ways to impeach him going forward,’ Bowman said on the Cross Connection with Tiffany Cross.

‘It would also embolden Republicans and the far right and white nationalists across the country to begin to believe that it is their time to not just take power in the House, but the Senate, the White House and state houses across the country.’

He continued, ‘And we’ve got to understand that this is a group that has been radicalized by the great replacement myth and many other things, and have been pushing for violence and even civil war.’

Bowman warned that the lives of ‘black and brown people’ are ‘in the balance if these people come back into power.’

And the committee that’s currently in the process of unveiling the efforts of Trump and his Republican allies to undermine American democracy, Bowman said it would ‘cease to exist.’

‘The findings would be completely suppressed and will not be admitted into any further investigations while the GOP would be in power,’ the left-wing legislator said.

The ‘great replacement’ theory was cited by an 18-year-old gunman who killed 10 people in a supermarket in a predominantly black neighborhood of Buffalo, New York last month.

Its racist tenets were echoed by the man who killed 23 people of predominantly Hispanic origin at an El Paso, Texas Walmart in 2019.

Bowman was part of a group of House lawmakers to pass the first-ever resolution condemning great replacement theory last week.

‘Gun violence is an existential threat to us all, but it takes deep hate and brainwashing to kill people simply for their race, religion or national origin,’ Bowman said at the time.

‘We must tackle both gun reform and fight against hate of all kind to truly eradicate these shocking and shattering mass killings. Congress cannot sit by idly and pretend not to see the impact of the Great Replacement Theory in fueling these acts of terrorism.’

His bold warning comes two weeks after a new survey from the Southern Poverty Law Center suggested that more than 50 percent of GOP voters believe the US is headed toward civil war.

Fifty-three percent of right-wing voters said so compared to 39 percent of Democrats.

Despite Bowman dramatic prediction, the progressive’s fellow Squad members don’t all appear interested in presenting a united Democratic front to get across the finish line.

Rep. Alexandria Ocasio-Cortez, for instance, refused to say whether she would support President Joe Biden if he runs for re-election in 2024 – which aides and allies have said he intends to do.

‘You know, if the president chooses to run again in 2024 – I mean, first of all, I’m focused on winning this majority right now, and preserving a majority this year in 2022,’ Ocasio-Cortez said.

‘So we’ll cross that bridge when we get to it, but I think if if the president has a vision – that’s something certainly we’re all willing to entertain and examine when that when the time comes.’