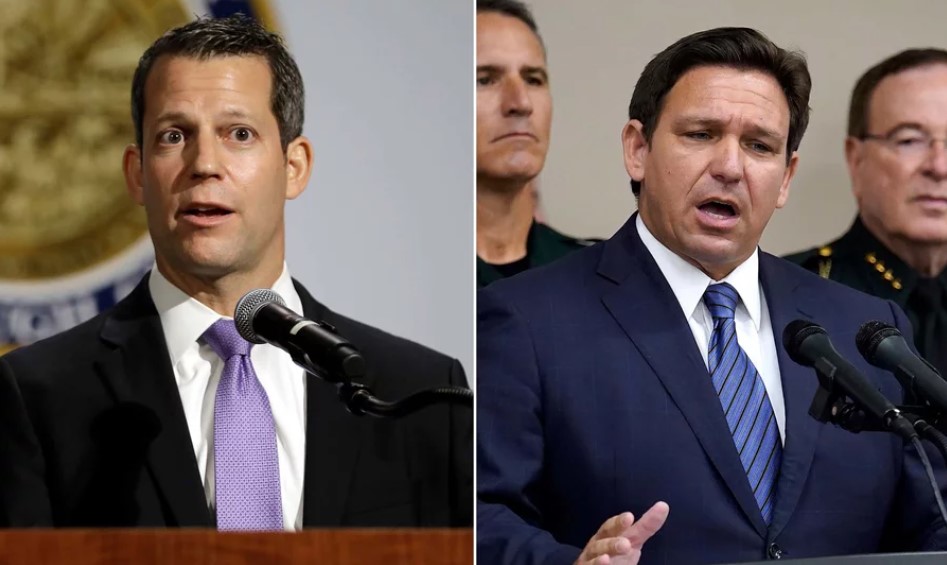 DeSantis suspended the state attorney earlier this month because he refused to enforce Florida’s abortion laws.

“Warren said that it doesn’t matter what the legislature does in the state of Florida. He is going to exercise a veto over that. He’s also instituted policies of ‘presumptive non-enforcement’…that is not consistent with the role of a prosecutor. You can exercise discretion in individual case, but that discretion has to be individualized and case specific,” DeSantis said as he announced Warren’s suspension.

“It’s not surprising Warren, who was suspended for refusing to follow the law, would file a legally baseless lawsuit challenging his suspension,” DeSantis’ comms director Taryn Fenske said in a statement, according to Fox News. “We look forward to responding in court.”

A Florida prosecutor who was suspended by Gov. Ron DeSantis is now suing him, claiming that there was no legal justification for the move and that he should be reinstated.

DeSantis suspended Andrew Warren as Hillsborough County State Attorney via executive order earlier this month for “neglect of duty,” after the prosecutor declared he would not prosecute anyone who violates state abortion restrictions, nor would he prosecute those who go violate prohibitions against certain types of gender-transition treatment for minors. Warren’s lawsuit claims that the suspension was retaliation for opposing the governor’s policies and positions.

“Of course, DeSantis is free to express his views and his disagreements with Warren as often as he likes. Indeed, the Federal Constitution ensures that he is,” the complaint says, adding that “DeSantis went too far.”

Andrew Warren ran to the lefty media a couple weeks ago to complain about DeSantis’ decision to suspend him, calling the move “blatantly unconstitutional.”

“[DeSantis] does not have the authority to suspend me … the people elected me to serve in this position and I am going to continue doing it,” Warren said on CBS News on Friday.