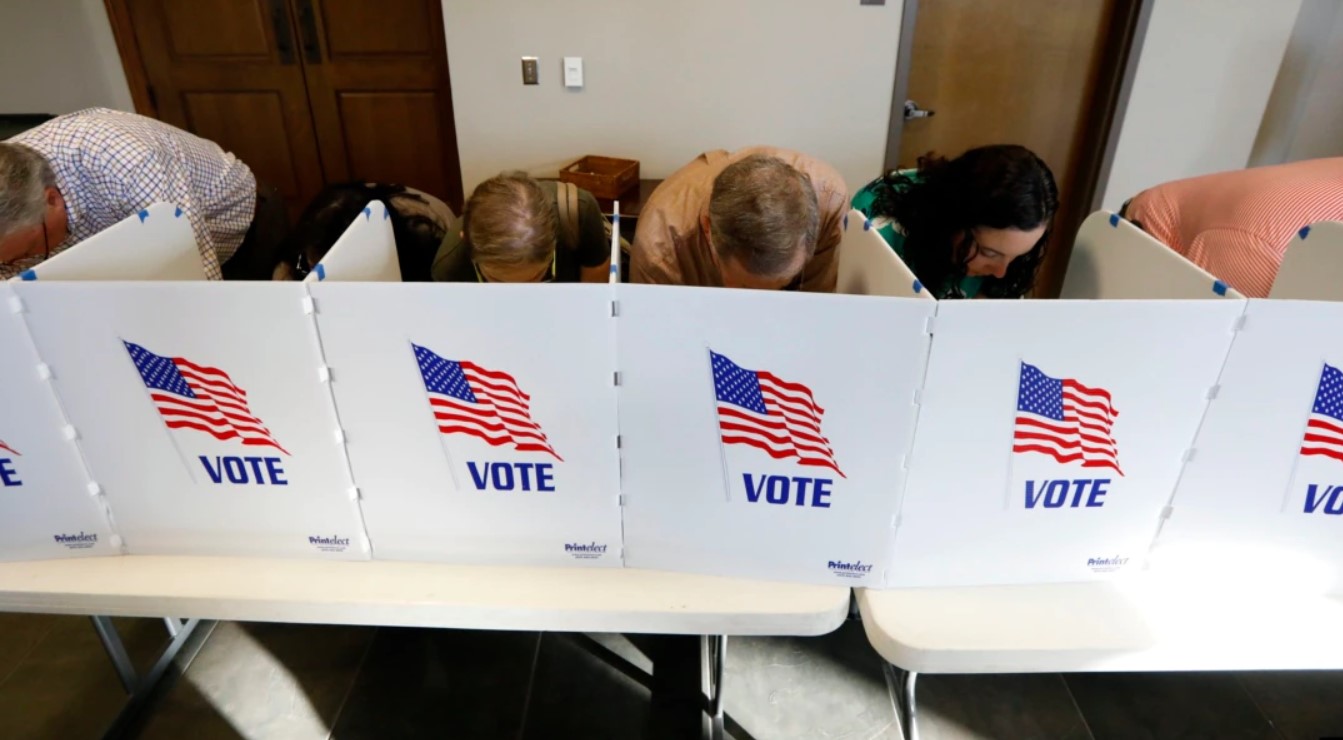 The felt tip pens that Maricopa County is strongly pushing voters to use on election day in Arizona are bleeding through the ballots and reportedly causing votes to change!

The Gateway Pundit has already confirmed that the sharpies are bleeding through ballots in an earlier report by Brian Lupo.

As we previously reported, Maricopa County gave shady and confusing instructions regarding pens at the polls. The County began pushing voters to use Pentel felt tip pens on election day after previously telling voters “any black or blue pen” would suffice.

They claimed that ballpoint pens would smear and “gum up” the machines, and sharpies cause bleedthrough, as proven by the Maricopa County full forensic audit.

However, this confused everyone in the state. Why does it matter what pen we use? Why did it matter in 2020? Why can’t the tabulation equipment read a no-bleed ballpoint pen?

One voter asking for an answer just wanted a “yes” or “no” as to whether or not he could use a ballpoint pen. Local 12 news crank Brahm Resnik couldn’t even give him a straight answer. He responded by saying,

It is ironic that this “reporter” says ballpoint pens will smear because that is precisely what is happening to voters who use the felt tip pens. Some are even reporting vote changes!

Arizona GOP Chair Kelli Ward shared that people are having issues with pens falling apart, leaving felt on their ballots, and also smearing.

People at Red Mountain Community College complaining about the felt tip pens. Say they are coming apart & leaving felt & then when the ballot is run through the machine, it smears. One guy said he had to vote 3 times before the machine would accept his ballot. @MaricopaVote

Kelli Ward  also retweeted a post by one Patriot saying,

Just voted and they forced a felt tip pen on me. When feeding it in, the ink streaked and indicated I voted for a candidate I DID NOT VOTE FOR. Had to spoil the ballot and redo it. @KariLakeWarRoom #Karizona

GOP National Committeeman Tyler Bowyer also shared a message he received from a poll volunteer at 12:04 pm on Election Day.

PLEASE READ BELOW from a Poll Worker on the Marker issue at polling places in #MaricopaCounty— I can not believe we are still dealing with this absolute incompetency after 2020… but here we are.

I’m a poll worker today, we’ve had several ballots come through with the markers that got smeared in the machine. Probably 10-15% right now. We got them all except one to work by spinning them around and trying different angles, some take 3-4 tries.

If you can, tell people to fan their ballots for a bit before taking them to a machine, and be careful about dragging their marker accidentally when going down the ballot.

All voters can document election irregularities with the Votify Now app!

And remember: you can use your own pen to vote in any polling location.  Changing the label on a pen and putting “official voter pen” does not make it so. Shame on Maricopa County Recorder Stephen Richer.

EXCLUSIVE: A Review of the Suspect, Corrupt and/or Potentially Criminal Activities to Date in the 2022 Primaries