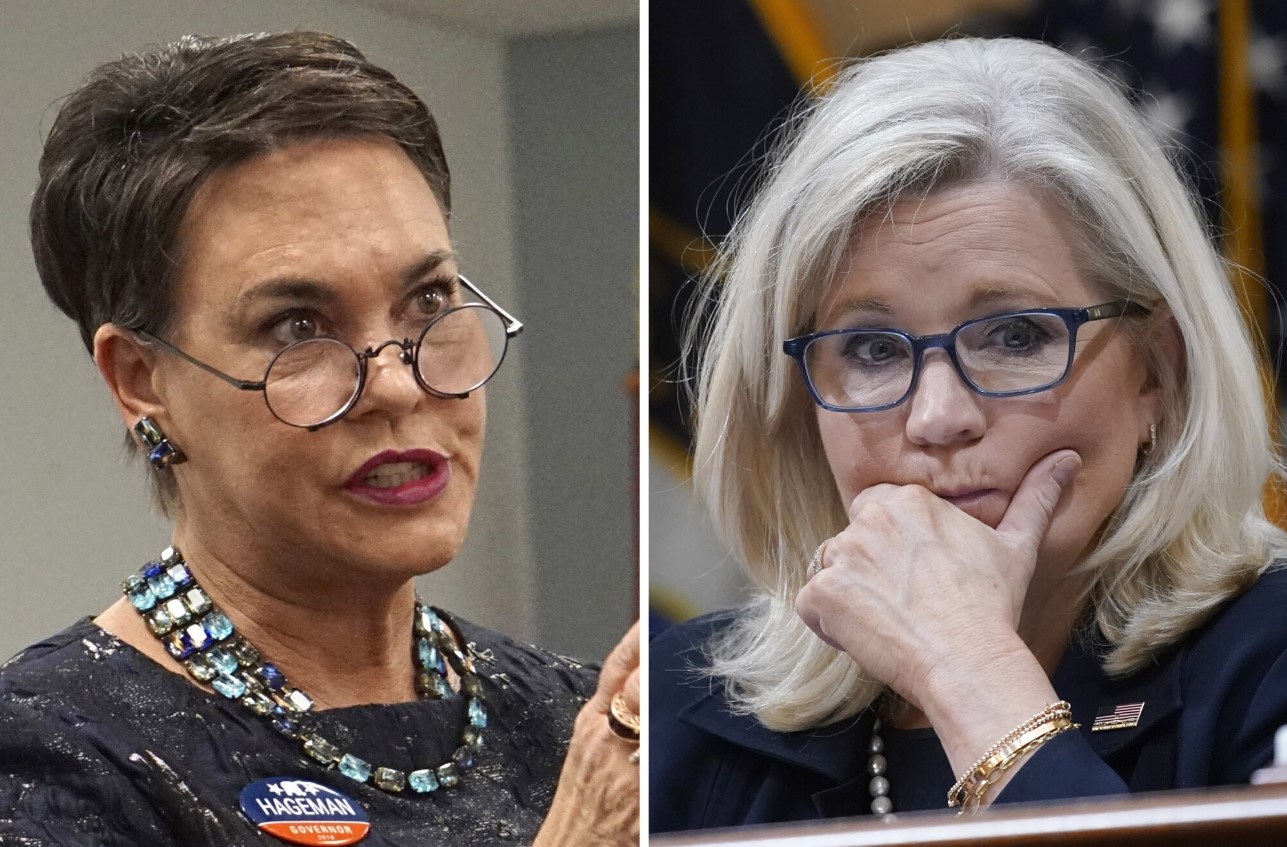 Cheney is a top cheerleader for Pelosi and she’s currently one of the top representatives running the illegitimate January 6 Committee.

Cheney begged Democrats to help her in the Wyoming primary but she’s still trailing far behind Trump-backed Hageman.

President Trump held a rally for surging congressional candidate Harriet Hageman on May 28 in Casper, Wyoming.

Trump spoke in front of thousands of fired-up MAGA supporters in another packed arena.

During his speech President Trump went off on vicious Liz Cheney, “Wyoming thought you were electing a conservative warrior—but instead you got a lapdog for Pelosi, and a human soundbite machine for CNN and MSDNC. Liz Cheney DESPISES the voters of the Republican Party. Wyoming deserves a Congresswoman who stands UP for you and your values, not one who spends all her time putting you DOWN.”

More than half, 52%, of likely primary voters in Wyoming said they would support Hageman, while just 30% expressed support for Cheney, according to the survey conducted by Mason-Dixon Polling & Strategy on behalf of the Casper, Wyoming, Star Tribune.

The poll, conducted July 7-11 among 1,100 likely voters, showed single-digit support for other Republican primary candidates for Wyoming’s sole House seat, and indicated that 11% of voters were undecided.

The Wyoming poll found that the majority of voters disagreed with Cheney’s decision to serve on the Jan. 6 Committee (63%), and thought her opposition to Trump hurt her ability to represent Wyoming (61%). And 54% said Cheney’s service on the select committee investigating the Jan. 6 attacks made them less likely to vote for her.

Biden Was Fed Pills to Function During Campaign, Supervised by Dr. Jill; Before Dosing Biden Was ‘Like a Small Child’: Tucker Carlson Source