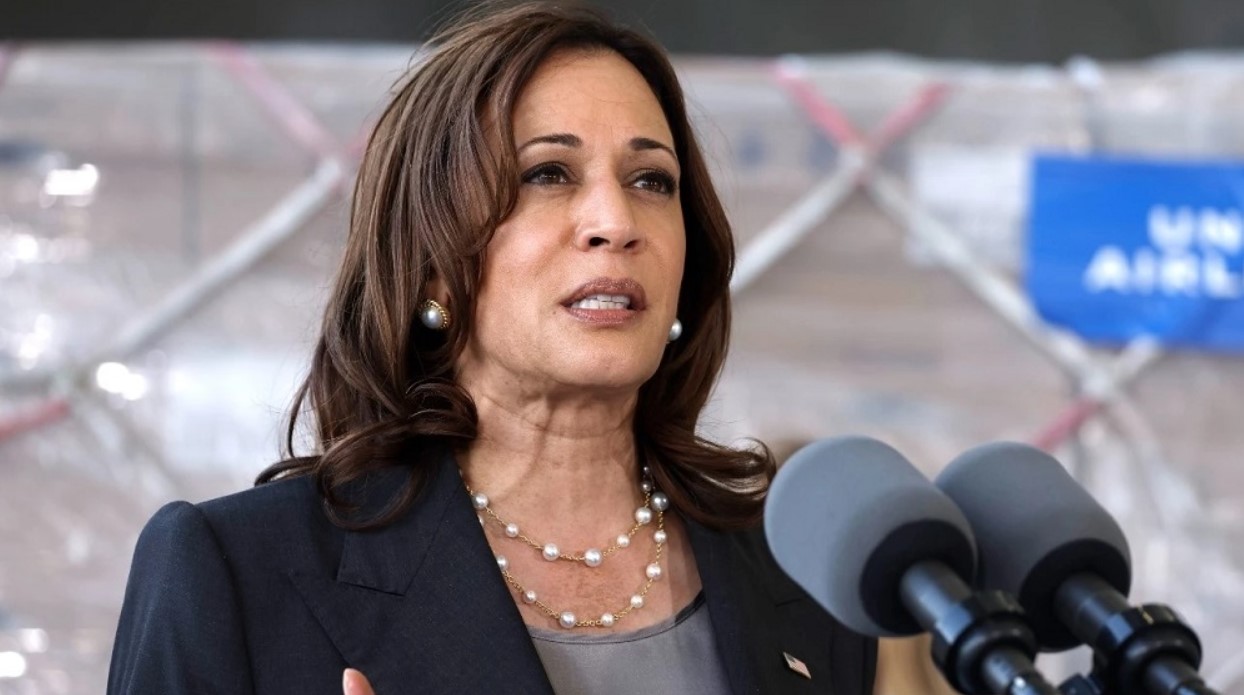 Vice President Kamala Harris is known to flub her words in public. She’s obviously not the brightest bulb on the Democratic rainbow tree.

Things seem to be getting worse with next-in-line to the presidency, though.

Back in April, Harris’ COVID-19 test came back positive.

The White House raised eyebrows by announcing what she was prescribed for her treatment.

Kamala’s press secretary, Kirsten Allen, announced that she took an antiviral medication that should only be prescribed to those at high risk.“

Today, after consultation with her physicians, the Vice President was prescribed and has taken Paxlovid,” Allen declared.

The announcement created questions about how serious Harris’ condition is and if we’re not being told everything, which seems important since she’s 1st in line to assume the presidency if anything should happen to Joe Biden.

The FDA doesn’t list stupidity as a side effect of the drug she was prescribed, but perhaps Covid affected her mind? Or she’s drinking a lot more. Maybe using marijuana to dull the knowledge that most of the public thinks she’s doing horrible and she’ll never be president unless Biden suddenly kicks the bucket?

Who knows, but her condition is getting worse, and her most recent appearance proves it.

Just one day after the mass shooting that resulted in seven killed and over 30 injured, Harris visited the northern suburb of Chicago to meet with local law enforcement.

She made brief remarks to the mourning town.

“The whole nation should understand and have a level of empathy to understand that this could happen anywhere [to] any people in any community. And we should stand together and speak out about why it’s got to stop,” Harris added before stepping away.

Several critics mocked the vice president calling her the “Word Salad Queen” on social media after the clip was shared by Chicago Tribune reporter Jake Sheridan.

“She is amazingly bad at this,” Pradheep Shanker, a National Review contributor posted on Twitter.

“[E]very new quote of hers makes less and less sense as a complete sentence,” Whitney McIntosh, a sports editor, reacted.

“Okay, she did not always sound this incoherent when put on the spot, right? Am I misremembering? It’s getting Weird,” former writer for Jezebel Magazine Ashley Reese responded.

“Ok, I give up. There ARE some jobs where you shouldn’t be allowed to drink on the clock,” Oscar-nominated screenwriter Josh Olson replied.

Harris has a lengthy history of making puzzling remarks. At a White House event alongside Jamaican Prime Minister Andrew Holness in March, Harris was panned for her “word salad” while touting U.S. relations with the nation.

“We also recognize just as it has been in the United States, for Jamaica, one of the issues that has been presented as an issue that is economic in the way of its impact has been the pandemic,” Harris said in March. “So to that end, we are announcing today also that we will assist Jamaica in COVID recovery by assisting in terms of the recovery efforts in Jamaica that have been essential to, I believe, what is necessary to strengthen not only the issue of public health but also the economy.”

Earlier that month, Harris was criticized for appearing to look to Polish President Andrzej Duda for help when facing a tough question during a joint press conference, joking to him, “A friend in need is a friend indeed,” before laughing for several seconds.

When Kamala was interviewed on “Today” in March, she was mocked for her answer about why the Biden administration bought oil from Russia during its war with Ukraine, responding on NBC News, “Let’s take this one step at a time, understanding that right now on the issue of energy, our allies have stood firm and unified in a way that many of the pundits didn’t predict would happen, to ensure that we are unified in our approach to this issue.”

In a radio interview, Harris stunned listeners by explaining the Russia-Ukraine conflict in a simplistic manner, saying, “Ukraine is a country in Europe. It exists next to another country called Russia. Russia is a bigger country. Russia decided to invade a smaller country called Ukraine, so basically that’s wrong.”

When Harris visited a Parisian laboratory last November, she was castigated for using a “French accent” when speaking near a group of scientists.

And she’s one step from being the leader of the free world. Scary.

This is an excerpt from The Republic Brief.