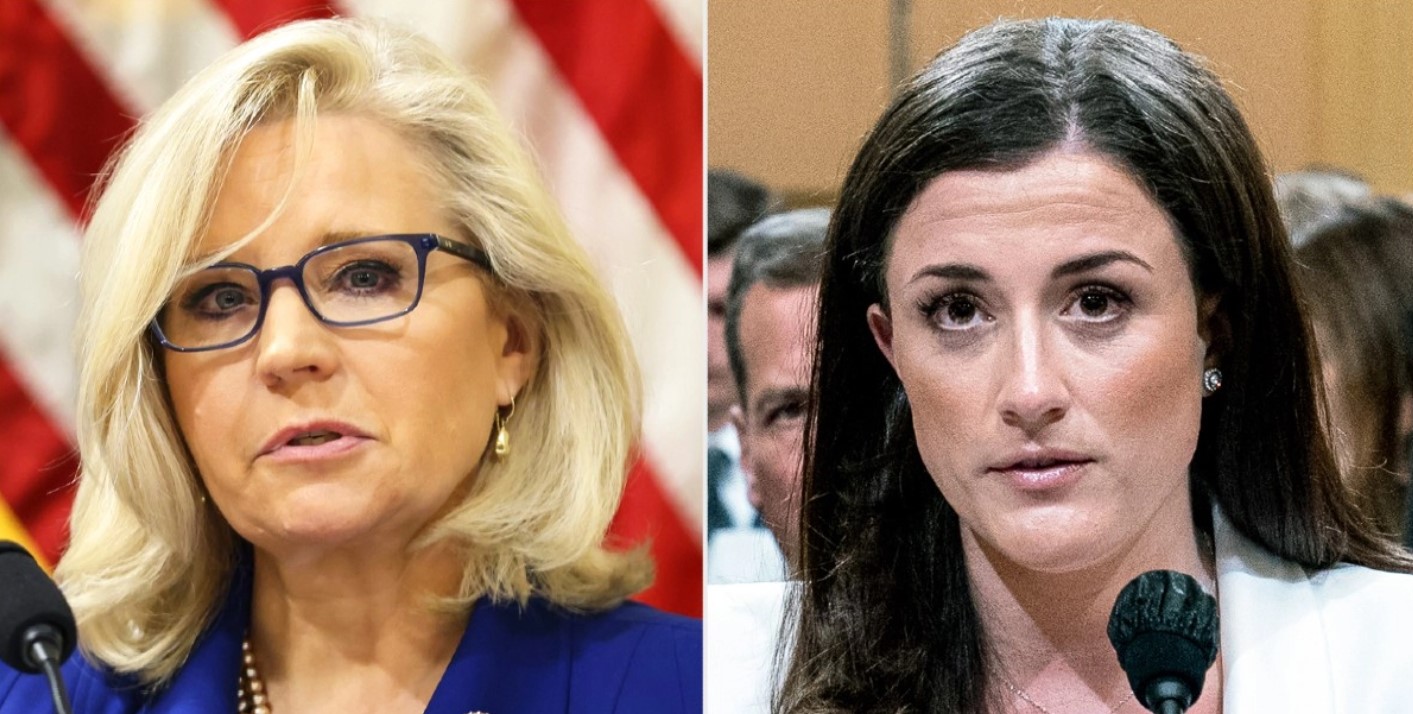 Liz Cheney (RINO-WY), who serves as the vice-chair of the Democrat-led Jan. 6 committee, appears to be very comfortable with the understanding that there is a two-tiered system of justice in the United States of America. Unfortunately, she appears to be using it to her advantage in getting revenge on President Donald J.Trump and his associates and his supporters.

After examining the recent childish testimony of Cassidy Hutchinson, it seems reasonable to believe that Cheney is allowing witnesses to lie to Congress, perhaps extending our civil servants’ immunity from the truth under the ‘Speech and Debate Clause” of the US Constitution- to witnesses she likes.

Consider that US Rep Adam Schiff (D-CA) has used the Speech and Debate Clause as a defense- to get himself out of trouble for lying to Congress in the past, even using it at the exact same time others were being persecuted, bankrupted and threatened, and imprisoned for ‘lying to Congress.’  That is, the two tiers.

But Congress and now- Congress and their chosen ones- can lie to the American people. Here is a story that proves it.

“The spittle wasn’t dry on Cassidy Hutchinson’s microphone before her story was refuted by diverse sources, including the Secret Service itself,” One Daily Caller reported described the situation unfolding around some recent testimony that was meant to annihilate Trump.

Cheney’s most recent star witness from last week, Cassidy Hutchinson, made bombastic claims on public TV from the disgraced Jan. 6th House Committee about the actions of Trump that were so unbelievable it was embarrassing to watch- and then Hutchinson’s story was debunked in many ways- including by top law enforcement who would know the details of her story.

Hutchinson is a former aide to ex-White House Chief of Staff Mark Meadows. She testified before the committee during a special hearing on Tuesday. Many of her allegations against  Trump have been refuted as being outright lies after going viral for the pure audacity she had for weaving such tremendous stories.

And now there is further -undeniable- proof that Hutchinson misled people with lies about her actions.

At the hearing, Cheney displayed a handwritten note that Hutchinson testified she wrote after Meadows handed her a note card and pen to take his dictation, according to ABC News, but there is a problem with that.

Eric Herschmann, a former Trump White House lawyer, claims that the note was written by him, casting shame on Hutchinson.

Hutchinson, testifying about the note, said, “That’s a note that I wrote at the direction of the chief of staff on Jan. 6, likely around 3 o’clock.”

“And it’s written on the chief of staff note card, but that’s your handwriting, Ms. Hutchinson?” Cheney then asked. “That’s my handwriting,” Hutchinson affirmed.

A spokesperson for Herschmann told ABC News, “The handwritten note that Cassidy Hutchinson testified was written by her was in fact written by Eric Herschmann on Jan. 6, 2021. All sources with direct knowledge and law enforcement have and will confirm that it was written by Mr. Herschmann.”

“BREAKING: Former White House lawyer Eric Herschmann says that it is not true that Cassidy Hutchinson wrote the handwritten note that she testified on Tuesday that she wrote. He says it’s not true because he was the one who wrote the note,” Ryan Saavedra reported.

And Cheney was right there, accepting the false information because it helped her target Trump and his supporters. Much of Hutchinson’s testimony was hearsay about things she did not even claim to witness- but Cheney persisted in representing it as facts- nonetheless.

Martin Walsh for Conservative Brief reported, “It’s doubtful that Hutchinson will be charged with lying to Congress under oath.”

“Nevertheless, U.S. Code sections 1621 of Title 18 stipulates that anyone who “willfully and contrary to such oath states or subscribes any material matter which he does not believe to be true” is guilty of perjury and shall be fined or imprisoned up to five years, or both.

Section 1001 stipulated that “whoever, in any matter within the jurisdiction of the executive, legislative, or judicial branch of the government of the United States, knowingly and willfully” falsifies or conceals information before a congressional committee may be fined or imprisoned up to five years,” Walsh wrote.

But for some reason, Cheney and Hutchinson have immunity. Does anyone wonder why?

Think about this: Hutchinson’s insane testimony, when she accused Trump of grabbing the steering wheel of the presidential limo in an attempt to redirect the moto vehicle and then grabbing for the throat of Secret Service agent Bobby Engel, was disputed immediately by Enge, who said nothing like that ever happened.

It was all so easily disproven:

“Engel, the agent who was driving the presidential SUV, and Trump security official Tony Ornato both disputed Hutchin’s allegations and said they would testify under oath that no agent was assaulted and Trump never lunged for the steering wheel,” Walsh reported.

“A source close to the Secret Service tells me both Bobby Engel, the lead agent, and the presidential limousine/SUV driver are prepared to testify under oath that neither man was assaulted and that Mr. Trump never lunged for the steering wheel,” Peter Alexander reported for NBC News.

And the drama goes on and on:

Cheney told ABC’s “This Week” co-anchor, Jonathan Karl, that she is “absolutely confident” in Hutchinson’s testimony. “She’s an incredibly brave young woman,” Cheney continued. “The committee is not going to stand by and watch her character be assassinated by anonymous sources and by men who are claiming executive privilege.”

But it appears that Cheney is extending immunity from the truth to Hutchinson.

“For her part, Cheney is about to pay the price for her anti-Trump given crusade, given a poll found that she’s down a whopping 30 points in her re-election bid in Wyoming against Trump-endorsed Harriet Hageman,” Walsh aptly reported.

“Daddies Girl Cheney” may be about to have her privilege to lie to the American people- revoked for good.