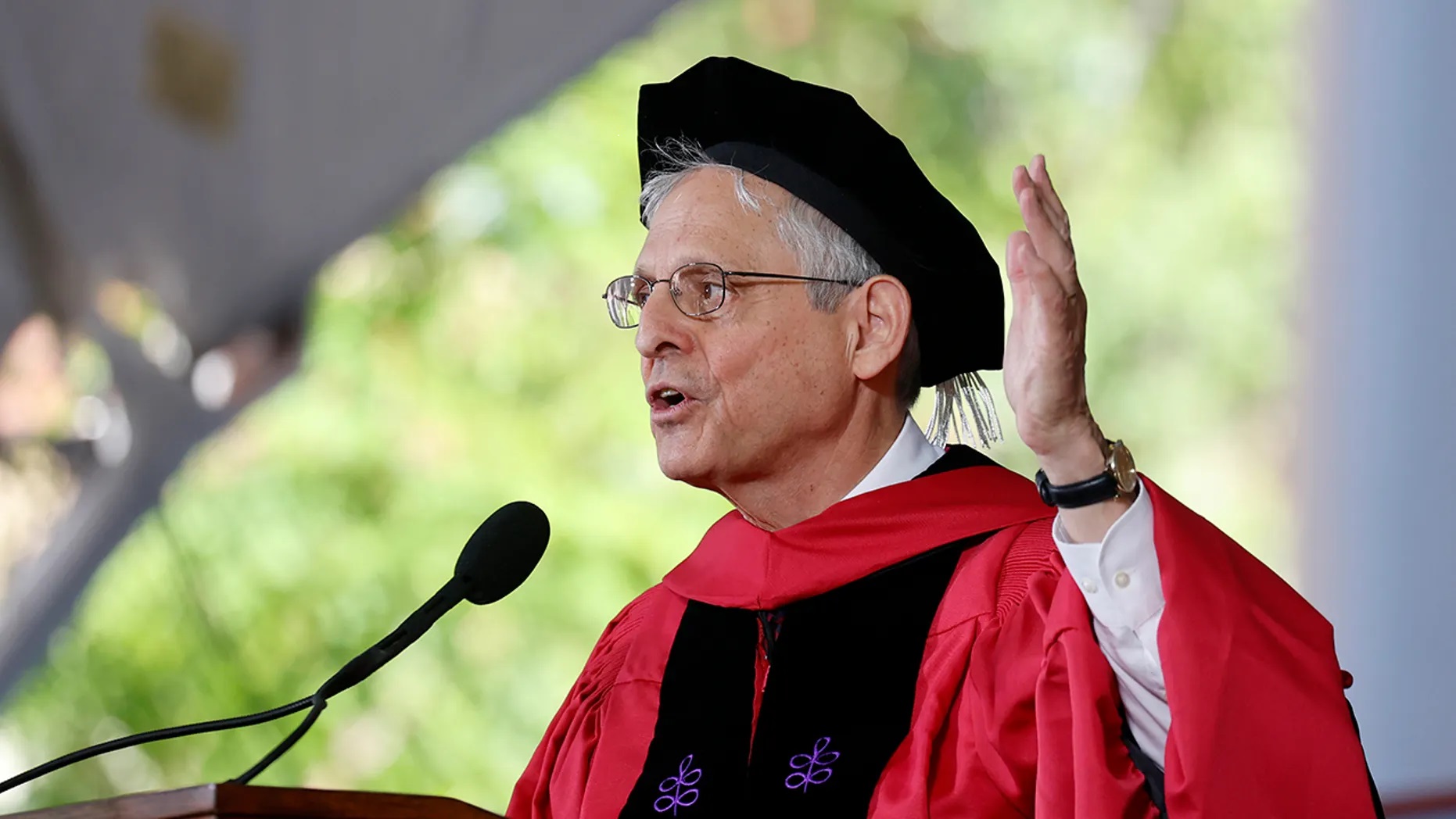 Emma Heussner, who earned a master’s in psychology, could not sit through the attorney general’s speech at Harvard

A woman who attended Harvard’s commencement ceremony this past Sunday after earning a master’s degree in psychology from the school couldn’t bear to sit through the entire commencement address delivered by Attorney General Merrick Garland — and walked out while he was still speaking.

Emma Heussner is based in Washington, D.C., and today works in social media at The Daily Caller.

She shared on Twitter on Sunday that she had “just walked out of Harvard’s graduation because I didn’t want to listen to Merrick Garland talk about himself for 30 minutes” — but also said that what she did hear was “pretty rich.”

Heussner earned a master’s degree in psychology from Harvard in 2020.

“But because of the pandemic, they weren’t able to give us a formal graduation” back then, she told Fox News Digital in a phone interview on Wednesday.

“So this past Memorial Day weekend in Boston, they were able to give the class of 2020 and 2021 a graduation, which was great.”

“So I went up with my parents. But Harvard did not have tickets for my parents — so they couldn’t go in and watch the [graduation] ceremony,” she said.

Instead, “they had to watch it being broadcast” from another location, she said.

Heussner said, “I sat there with my classmates for a while” under the hot sun that day.

She said there were a lot of “graduation formalities,” including singing and Latin pronouncements by various members of the administration and faculty.

And “by the time Merrick Garland finally started speaking, it was very much — I think he was trying to be inspirational and motivating, as in, ‘You guys are responsible for making the world a better place,'” she said.

“I didn’t want to be preached to by Merrick Garland.”

“But the way it read,” she continued, “was very much like, ‘This country sucks and you guys can fix it.’ “

That “didn’t sit right with me,” she told Fox News Digital.

She said she thought to herself, “You’re the attorney general — you’re someone who could make an immediate difference based on the actions and decisions you make as attorney general.”

“So it was a very easy decision for me to walk out and meet up with my parents” instead, she said.

Heussner added of her parents, “They’re the ones who were there for me and who supported me — and I didn’t want to be preached to by Merrick Garland, when he was talking a lot of talk but not really walking the walk that he was preaching.”

Did others walk out with her? She said, “We were sitting in the hot sun for a while — so unless it was a spectacular speaker, I could see that people would want to walk out [of a speech like that] for other reasons” as well, she said.

“I will say that the reaction that I’ve gotten on the internet has been kind of funny.”

Most people have been supportive, she said — but there have been “some haters” out there, too.

She said that on Twitter, she started out with about 1,000 followers — but after going viral for walking out of the commencement amid Garland’s speech, she’s now she’s up to about 11,000 followers.

She said that most people have been supportive — but there have been “some haters” out there, too.

Heussner graduated from the University of Alabama in 2018, earning a degree in psychology. She then went to Harvard for two years to earn a master’s — also in psychology.

She found it a truly liberal university environment. “I’ve been pretty good about biting my tongue and keeping my opinions to myself, though I don’t shy away from a debate,” she said.

“Garland is such a disappointment … He’s no moderate.”

She said she took a course through Harvard’s Kennedy School of Government as part of earning her master’s degree called “Saving Schools” — and wound up pivoting more toward politics and policy toward the end of her time at Harvard. She said she worked for the Trump campaign for a period of time.

Her parents were there for her at her graduation, she said — “so I was eager to get back to my parents, since they were the ones who made Harvard possible,” she said.

She said her dad was in the U.S. Army for 30 years and her mom grew up in the Augusta, Georgia, area.

Commenting on how she left the ceremony amid Garland’s commencement address, William Bennett, former Secretary of Education during the Reagan Administration, said to Fox News Digital on Wednesday, “Well, good for her.”

Bennett also said, “Garland is such a disappointment … He’s no moderate. This is a replay of Joe Biden in the uniform of the attorney general.”

“We’ve heard all of this before. There is nothing new. ‘America is a wreck. Democracy is under threat … January 6 … ‘ My God,” said Bennett about Garland’s speech. “That’s not what you pay all that money for.”

Among Garland’s other comments at Harvard: “It is a great comfort to see all of you in your robes. You look like little judges. I feel right at home,” he said. (Some people laughed.)

Garland also said, according to a transcript of his remarks, “When I was sitting where you are sitting today, there were many things to worry about. But it never occurred to me that the right to vote would again be threatened in this country.”

Only three conservatives will be giving commencement speeches this graduation season at top colleges across the nation, according to a survey.

Bennett noted that, according to a new survey, only three conservative individuals will be giving commencement speeches this graduation season, apparently, at top colleges across the nation.

In contrast, 53 liberal speakers are slated to headline grad ceremonies among the top 100 universities, as ranked by U.S. News and World Report, according to a survey done by Young America’s Foundation.

Of the remaining colleges, speakers chosen to give addresses either had unclear ideological affiliations, primary speakers weren’t yet set for the commencement — or a university administrator had been chosen as speaker, according to the Young America’s Foundation and as noted by The College Fix.