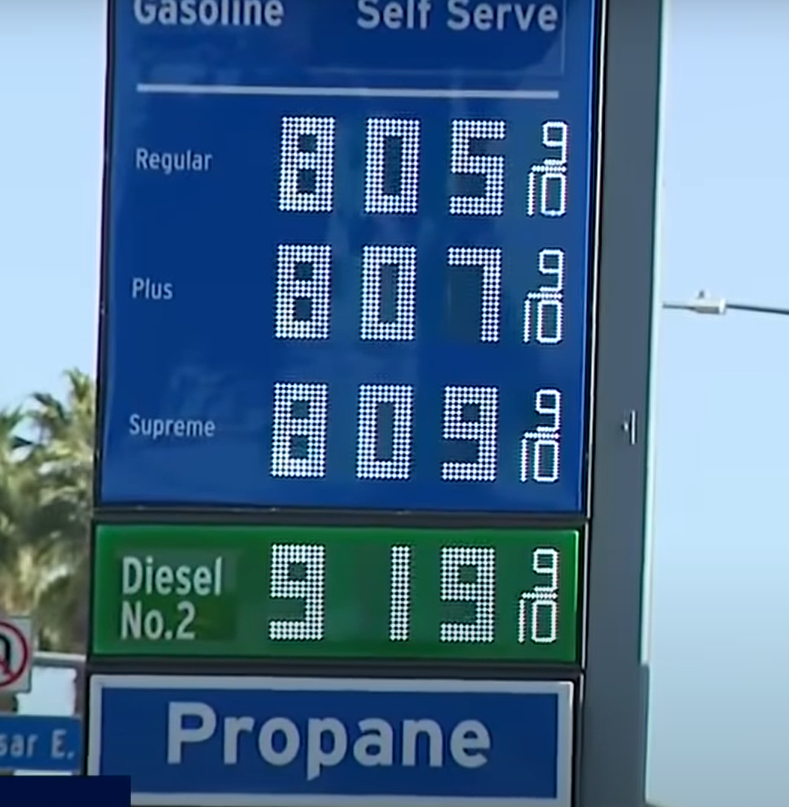 A Chevron service station in Los Angeles, California, is charging over $8 a gallon for gasoline, a terrible omen there’s no end in sight to the inflation nightmare plaguing the country.

A Fox 11 reporter failed to get comments from convenience store workers on the high gas prices, with local media calling out the station for possible price gouging.

However, gas was already averaging over $6 a gallon in California by mid-May, and photos showed a Mobil gas station in the Los Angeles area was already charging close to $7.30 a gallon late last month.

Chevron issued a statement to Fox 11 saying the independent business owners of each individual station “make their own decisions about the prices to charge at the stations.”

Fox 11 reports the California Attorney General has already warned stations “against illegal market manipulation,” but says there’s little else that can be done without local, state or federal officials issuing an emergency declaration.

While the price of gas continues to climb, the Biden administration instead seems to be taking steps to exacerbate the crisis, with Joe Biden in March announcing a ban on Russian gas and oil imports.

Meanwhile, the Biden administration’s new tactic to fight inflation is to convince Americans it doesn’t exist, and gaslight the people paying more at the pump and at the supermarket that their dwindling savings and shrinking paychecks don’t indicate the economy is in tatters, but that it’s doing better than ever.

Tucker Carlson: Democrats ‘know they rule illegitimately,’ seek to disarm Americans before ‘they rise up’