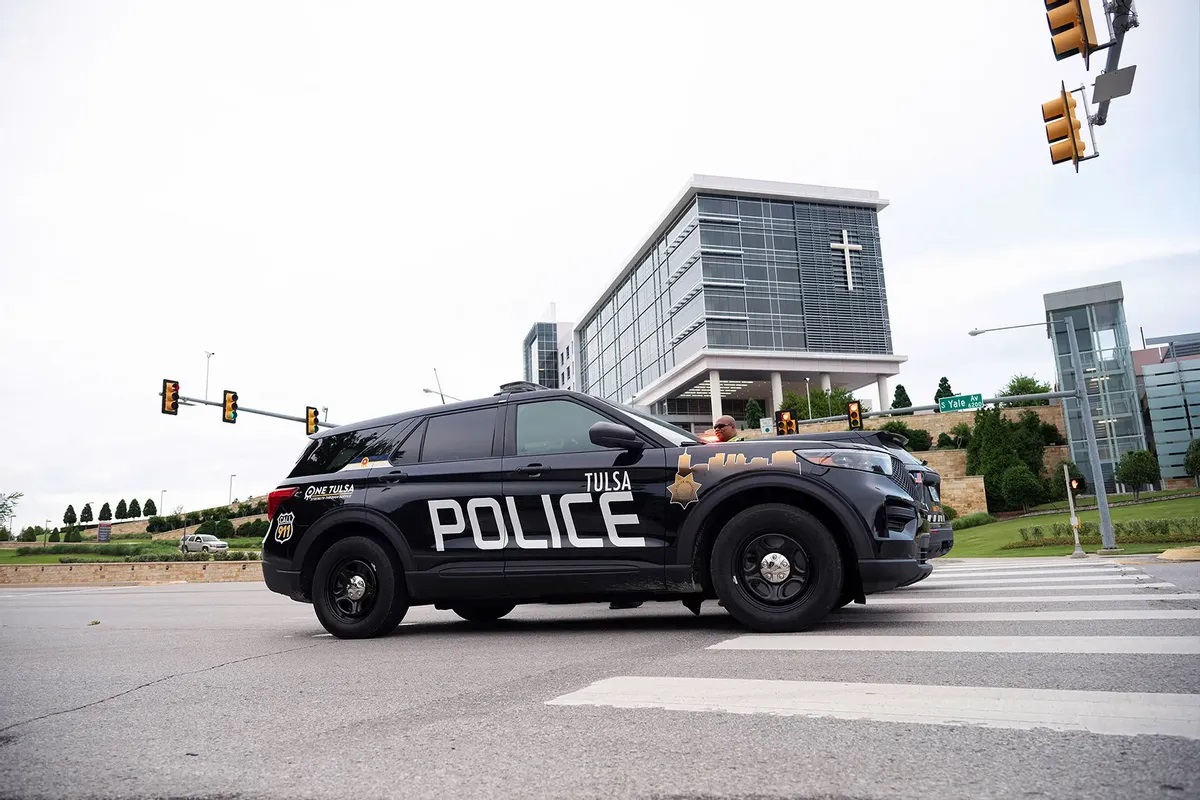 Four people were killed in a mass shooting Wednesday at a medical center in Tulsa, Oklahoma, in what police said was a targeted attack. The gunman later killed himself, police said.

“This wasn’t an individual who just decided he wanted to go find a hospital full of random people,” Capt. Richard Meulenberg of the Tulsa Police Department said, according to The New York Times. “He deliberately made a choice to come here, and his actions were deliberate.”

Meulenberg would not say anything else about the motive of the gunman, who Deputy Chief Eric Dalgleish said was between 35 and 40 years old. Police said the shooter was black.

The man was armed with a rifle and a handgun when he arrived at St. Francis Hospital, police said.

They had not released the identity of the shooter or his victims by early Thursday.

Meulenberg said the number of wounded people was “very low” and many of the injuries came during the evacuation.

“Imagine a scene of mass chaos,” he said. “You can hear gunfire echoing.”

“It was just madness inside, with hundreds of rooms and hundreds of people trying to get out of the building,” he said, according to CNN.

The incident took place shortly before 5 p.m. on the second floor of the Natalie Medical Building.“It’s a catastrophic scene in there right now,” Meulenberg said.

Police said the shooting stopped when they arrived, and by the time they reached the scene of the shooting, the gunman was dead.

Gannon Gill, a physician assistant and a hunter, said he recognized the sound of a gun when he heard it.

He was wrapping up an appointment with a new patient on Wednesday when a loud noise startled him. A few seconds later, he heard it again.

“There was an initial ‘What was that?’” said Gill, who runs an orthopedic urgent care clinic.

He said he told his patient, “Let’s go. I don’t think this is good.”

Gill said that while hiding in the parking garage, he encountered a man and wife who had met the gunman.

“The shooter told him and his wife to leave and he was not there for him,” Gill said.

“You see this stuff on television or the news,” he said, “but you don’t think it’s ever going to happen in your workplace.”

Police said a threat had been made that a bomb was placed at a home in Muskogee, Oklahoma, leading to evacuations. According to the Tulsa World, there were indications from authorities that the shooter was from that town.

As of early Thursday, no bomb had been found.

Gasoline Over $8 Per Gallon at Los Angeles Gas Station

Jamie Dimon warns of an economic ‘hurricane’ coming: ‘Brace yourself’