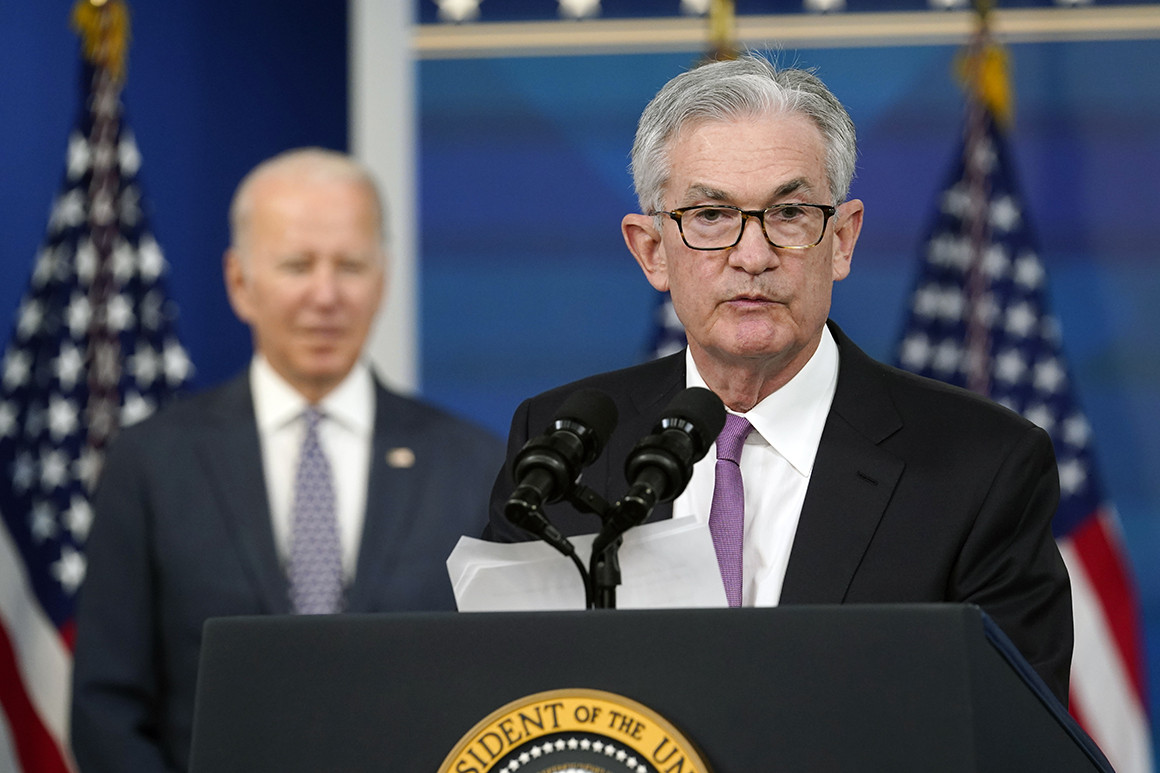 Federal Reserve Chairman Jerome Powell said Wednesday that Russia’s invasion of Ukraine is not the primary driver of inflation.

In a Senate Banking Committee hearing Wednesday morning, Sen Bill Hagerty (R-TN) pointed out that inflation rose from 1.4 percent in January of 2021 to seven percent by the end of the year, months before Russia invaded Ukraine. It has since risen another 1.6 percentage points.

“Given how inflation has escalated over the past 18 months, would you say the war in Ukraine is the primary driver of inflation?” Hagerty asked.

“No,” Powell responded. “Inflation was high. Certainly, was high before the war in Ukraine broke out.”

The Fed chair’s statement puts him at odds with President Joe Biden, who has repeatedly sought to blame the war for high prices.

Breitbart News pointed out on Monday that this claim is false. Powell has now confirmed that analysis.

Nearly all Americans agree with Powell and Breitbart News. Just 11 percent of Americans say inflation is the fault of Vladimir Putin, according to a recent poll.

These Are the 14 Senate Republicans Who Voted for Gun Control