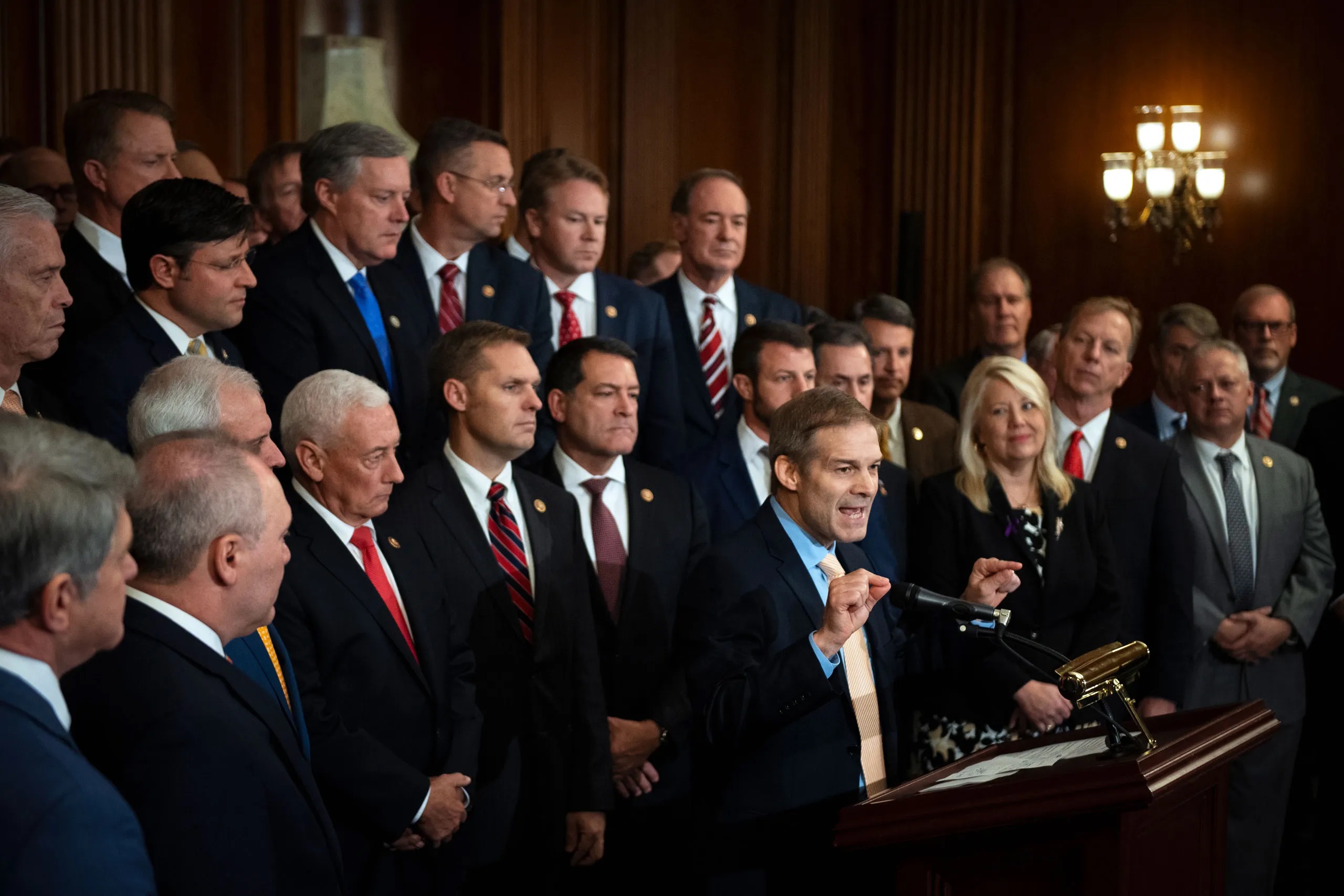 They’re an interesting bunch, with a couple of (minor) surprises mixed in. What nearly all of them have in common is that they’re not on the ballot this fall.

Of the 14, only two will face voters in November. And as I’ll explain in a moment, the circumstances those two are facing are special.

Two are the chief negotiators on the bill, John Cornyn and Thom Tillis, neither of whom will face voters again until 2026. Three of the gang are retiring and have nothing to fear from voters — — Blunt, Burr, and Portman. Several others are either centrists or have shown flashes of centrism before, making their support less surprising — Capito, Cassidy, Collins, Murkowski, Romney, and to a somewhat lesser extent, Lindsey Graham. Five of those six aren’t up for reelection either.

The surprises are the senators who represent rural red states and typically vote the conservative line — Joni Ernst of Iowa and Todd Young of Indiana. Ernst is a member of leadership, though, and may have felt pulled to give Cornyn a vote of confidence. She won’t face voters for another four years. Young is a wild card since he’s one of the two members of the group who are up for reelection in November. But the timing of this vote is important: He already won this year’s Senate primary, which was held on May 3. For Indiana voters, it’s now a choice between Young and a Democrat. And in a national environment as pro-GOP as this one, they won’t be choosing the Democrat.

So Young had a “free” vote, essentially, knowing he won’t realistically have to answer for supporting the bill until 2028 at the earliest. The other pro-deal senator on the ballot is Murkowski, who’s facing a tough challenge from a Trump-backed Republican on her right flank. But Murkowski’s situation is unique thanks to Alaska’s unusual ranked-choice system; even if she gets fewer first-place votes than her Trumpy opponent, she may yet prevail by being ranked higher on the ballots of Alaska’s Democratic voters than Trump’s candidate is. In other words, Murkowski shored up her left flank by voting yes. That may benefit her this fall.

And then there’s Mitch McConnell, a mini-caucus of one.

“I support the bill text that Senator Cornyn and our colleagues have produced. For years, the far left falsely claimed that Congress could only address the terrible issue of mass murders by trampling on law-abiding Americans’ constitutional rights. This bill proves that false. Our colleagues have put together a commonsense package of popular steps that will help make these horrifying incidents less likely while fully upholding the Second Amendment rights of law-abiding citizens.”

McConnell said last week that he’d support the deal if the legislative text reflected the agreed-upon framework and he kept his word. He too won’t face voters again until 2026 and might be quietly planning to retire, as he’s now in his 80s. But I think McConnell’s logic boils down to this: On balance, passing the bill will help rather than hurt Republicans electorally. Which sounds crazy if you’ve been following the reaction today among conservatives and assorted gun-rights supporters. They’re furious!

They are, it’s true. But no matter how much they bluster about staying home this fall, they won’t. They haven’t spent the last 16 months ranting about President Inflation only to sit on their hands in November to protest a bill that does virtually nothing — nothing at all — to limit law-abiding adults’ access to guns. Jazz called the bill “largely empty” in a post this morning, which I think is right. As I said last night, the provisions that most alarmed righties, like encouraging states to pass red-flag laws or imposing waiting periods on young adults, ended up being diluted in the final text. And Democrats won’t be in a position in Congress anytime soon to amend that text.

In fact, Stephen Gutowski points out that the bill doesn’t even penalize young adults with juvenile records who own guns. It penalizes dealers who sell new guns to those young adults if a background check returns evidence that that person has a juvenile record. But the purported buyer remains free to try to buy a gun, and he’s allowed to keep the guns he already owns lawfully.

Bottom line: If I’ve understood the bill correctly, it won’t affect your access to guns in any way so long as you’re over 21 and aren’t in the habit of physically abusing your girlfriend. The only way it might is if some states which currently lack red-flag laws decide to pass them in order to access the federal grant money in the bill. But that provision has also been diluted, allowing states to access the funds by implementing alternate forms of “crisis intervention” instead. The push for red-flag laws has, as a result, been de-incentivized. Given the cultural pressure on red-state Republicans to resist all forms of gun control, I’d bet decent money that not a single red state will pass any RFLs in the aftermath of the Cornyn/Murphy bill passing. Which means, apart from those who were juvenile criminals or are currently domestic abusers, the bill is a nothingburger for gun owners.

I’ll even make a prediction. Once liberals realize that red states aren’t going to use the money being appropriated here to set up red-flag systems, as they had hoped, the push for a federal red-flag law (and many more federal magistrates to administer it) will begin. In light of Dems’ likely near-term electoral fortunes, I figure we have a decade or two before there’ll be a serious effort in Congress to do it.

Oh, one more thing. This exchange is raising eyebrows today:

MAGA stars and hangers-on are indignant:

There’s no way, no how, no chance Republicans are going to do an immigration deal four months out from a midterm in which they’re on track to obliterate the ruling party. Or at least, not unless they’re allowed to write the bill in its entirety and Dems agree for some reason to support whatever’s in there. (Build the wall!) Cornyn was obviously joking about a deal, a wink at how hard it is to find bipartisan consensus on hot-buttons like guns and the border. Check back next year, though, when a new congressional Republican majority that’s just earned a surprising share of the Hispanic vote in the midterms might be willing to listen to offers.

Update: Gutowski corrects me on an error above. It’s almost true that the bill won’t affect you if you’re a law-abiding adult. But if you were less than law-abiding as a kid, you have a problem even if you’re over 21 and a solid citizen now.