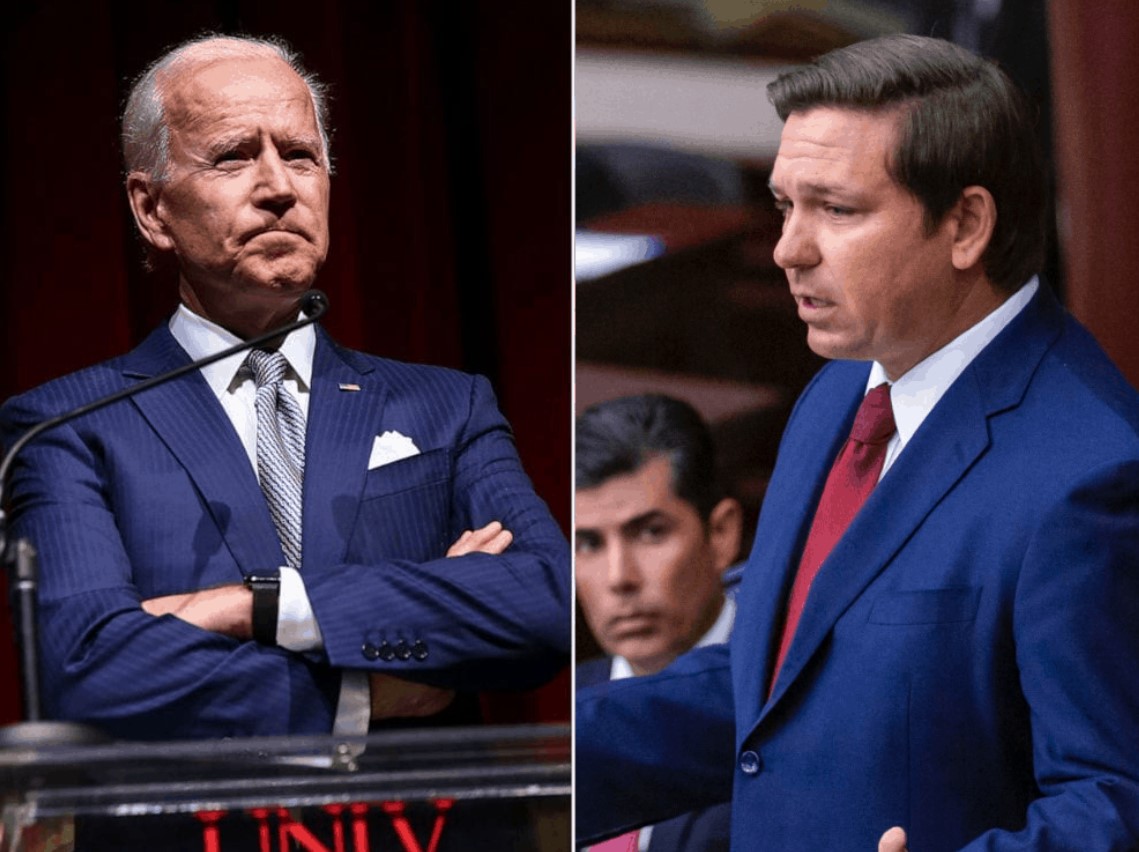 Florida Gov. Ron DeSantis ripped into President Joe Biden during a Friday night speech, wishing “the United States of America a speedy recovery” from his presidency.

DeSantis took the shot at Biden while speaking at Turning Point USA Student Action Summit, where, during his fiery address, he likened the president’s leadership to “a deer in the headlights” who reads from a teleprompter, Fox News reported.

The Florida governor, a leading Republican candidate to make a run at the White House in 2024, also slammed Biden on his approach to energy and immigration policies.

“He came in and cranked the printing presses, kneecapped American energy, and he also opened our southern border,” DeSantis said.

But along with the harsh criticism, DeSantis also wished the president a “speedy recovery” from COVID-19.

“I must say he did test positive for COVID,” DeSantis added, referencing Biden’s coronavirus diagnosis this week. “And I want to on the behalf of the state of Florida wish President Biden a speedy recovery from COVID.”

The Sunshine State governor also touted his state’s COVID-19 response as well as a slew of laws he passed combatting “woke ideology”, including his ban on critical race theory and the so-called “Don’t Say Gay” bill that bans discussion of sexual orientation and gender identity in schools.

“We make sure in Florida, we do not use our tax dollars to teach our kids to hate this country or to hate each other on the basis of race,” DeSantis said.

The Navy veteran said that woke culture has gone so far as to infiltrate the military.

“They’re more apt to be talking about pronouns than they are about winning wars,” DeSantis said

REPORT: Trump Allies Plan To Go Nuclear On The Swamp If He’s Re-elected