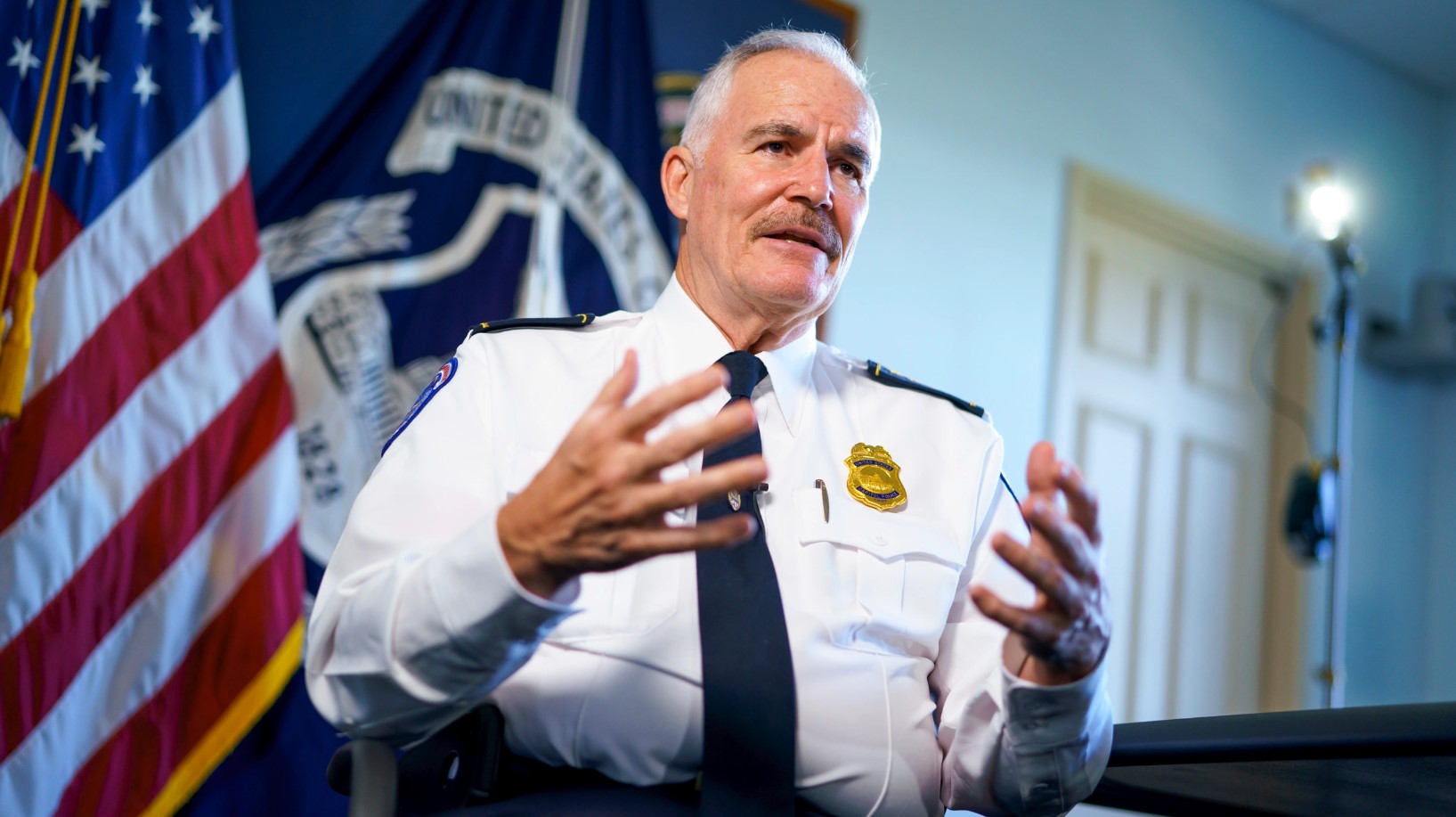 The announcement came a day after the U.S. Attorney’s Office declined to prosecute the staffers, who Capitol police refer to as the “Colbert nine.”

Capitol police chief J. Thomas Manger explained in a letter that the production crew was arrested in the Longworth House Office Building after a staffer for Rep. Jamaal Bowman, D-N.Y., secured his office and called the USCP emergency phone number to report a disturbance at the office next to Bowman’s, the office belonging to Rep. Lauren Boebert, R-Colo.

When officers arrived, members of the production crew told them they were credentialed press, but they had no identification and were not accompanied by a congressional staff member, both of which were requirements to be in the building.

The group had already been escorted out of a different building, the Cannon House Office Building where they had also been stopped after not having a staff escort or press credentials.

When officers confronted the production crew, group leader Jake Plunkett told officers they were there to film skits for Colbert’s show. They planned to film outside the offices of House Minority Leader Kevin McCarthy, R-Calif., and Reps. Jim Jordan, R-Ohio, and Marjorie Taylor-Greene, R-Ga. They admitted they were “pretending to leave notes” under the office doors, but did not actually leave any.

The production crew had applied for press credentials, but had been denied. Plunkett declined to appeal the decision because “he knew [the production crew] would not qualify as press,” according to Manger.

Manger disagreed with the U.S. attorney’s decision to decline prosecution despite ample evidence showing they knowingly broke the law.

“It is unfortunate that despite all of the evidence the Department presented, including that the group or its leader had been told several times that they could not be in the buildings without an escort, that the U.S. Attorney’s office declined to prosecute any members of the group for Unlawful Entry,” Manger said.

The Attorney’s Office declined to prosecute due to reported lack of evidence, but new evidence from Manger’s letter could call that decision into question because, according to him, they knew they were not supposed to be in the building by their own admission and allegedly lied about being credentialed press.