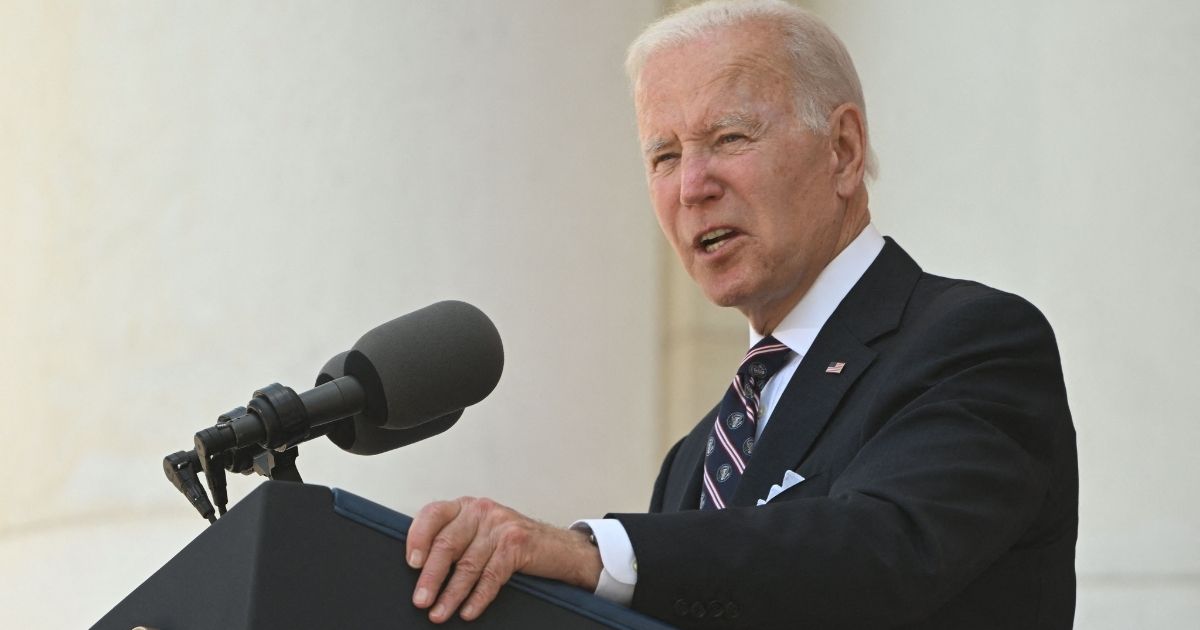 President Joe Biden had another of his infamous gaffes Monday, saying democracy has “never been good.”

The slip of the tongue happened during remarks he delivered at Arlington National Cemetery to commemorate Memorial Day.

To be clear, Biden had many good things to say about democracy, both before and after his gaffe.

The president argued there is a “perennial struggle for democracy and freedom.”

“Ladies and gentlemen, today we remember and we reaffirm: Freedom is worth the sacrifice. Democracy is not perfect; it’s never been good — perfect.  But it’s worth fighting for; if necessary, worth dying for,” Biden said.

Forgive me, if a warning flag goes up when Biden starts talking about the “soul of America.”

Just last spring, the 46th president insisted the soul of America is racist.

The government and society as a whole is systemically so, Biden said in his inaugural address in January 2021.

It seems to me if you truly believed the soul of America is racist, you’d have concerns about democracy in America.

For the record, the United States is actually the opposite of systemically racist, having fought a Civil War in the 1860s to end slavery nationwide.

The U.S. guarantees under its Constitution and legislation — like the Civil Rights Act of 1964 — that all races are treated equally under the law. There are both criminal and civil liabilities when this does not happen

Later in his Memorial Day remarks, Biden laid out some of democracy’s markers that include “the rule of law, free and fair elections, freedom to speak and write and to assemble, freedom to worship as one chooses, freedom of the press — principles that are essential for a free society.”

But it’s worth noting his administration has violated these principles, at various times.

He has not faithfully executed the law passed by the nation’s elected representatives when it comes to securing the border.

Republicans were apparently so bad at “suppressing” the vote, that record numbers of Georgians voted in last week’s primary elections.

Biden has also urged the Senate to end the filibuster to get “voting rights” legislation passed that could codify, on the national level, the worst practices from the 2020 election in terms of promoting election integrity.

Additionally, the current administration has encouraged big tech companies like Facebook to suppress freedom of speech and sought to set up an Orwellian office of misinformation to censor speech.

Further, the president’s team has run rough-shod over religious objections Americans have to taking the COVID-19 vaccine.

We can give Biden the benefit of the doubt that he misspoke Monday.

He no doubt does believe in democracy, so long as it does not get in the way of his agenda.

“Nothing in life is fair!”