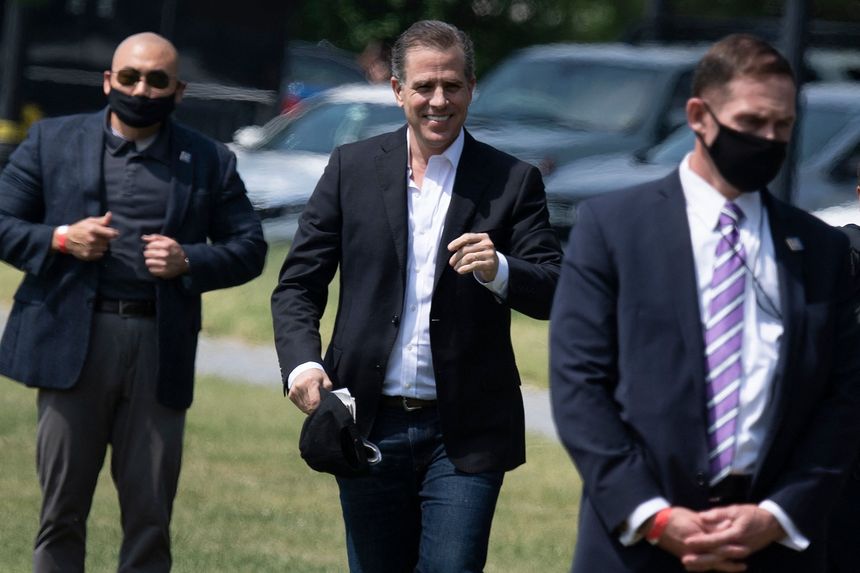 “Courageous” whistleblowers are responsible for exposing the “corrupt” DOJ and FBI, which “illegally suppressed information” on Hunter Biden, according to Rep. Andy Biggs (R-AZ), who has called to use the “Holman Rule” to “defund” the Department of Justice (DOJ) in the event they choose to “not cooperate.”

Appearing on Newsmax’s The Chris Salcedo Show on Wednesday, Rep. Biggs argued that the silencing of the Hunter Biden affair was just one of many similar incidents.

“Never forget that Hunter Biden is just one example of dozens and dozens, maybe hundreds, where they said, ‘Oh, there’s no laptop… the laptop’s Russian [disinformation] – [it] came out of Russia.’”

Whistleblowers have revealed that the DOJ and FBI illegally suppressed information on Hunter Biden.

My colleagues and I are going to expose these nefarious activities and explore using the Holman Rule should they not cooperate. pic.twitter.com/SXe3X2xPs1

Biggs, who served as chairman of the House Freedom Caucus, called attention to the courage demonstrated by whistleblowers as the public was fed “misinformation.”

“It took a lot of courageous people and whistleblowers to come forward and bring that forward, and in the meantime the apparatus is basically putting out misinformation to the public while they were suppressing and preventing investigation on the inside,” he said.

“That’s the corruption that we see here, and who knows where that will end,” he added.

Having talked with the members who will likely become the chairmen of the Judiciary and Oversight Committees “when we’re back in there,” Biggs said they are “ready to rock and roll” should the GOP retake the majority.

“I believe we’re going to deliver on that and expose all of this stuff,” he said. “And we will go as far as the deep state will let us.”

However, if the “deep state” does not allow that, the congressman called to “defund” the DOJ and “reinstitute rules” that will allow it to do so.

Biggs also said that if Attorney General Merrick Garland does not intend to prosecute those at fault, “we’re going to use the Holman Rule” — which scraps the minimum wage for government workers, meaning they can be paid as little as $1 — to ensure he will no longer be paid….