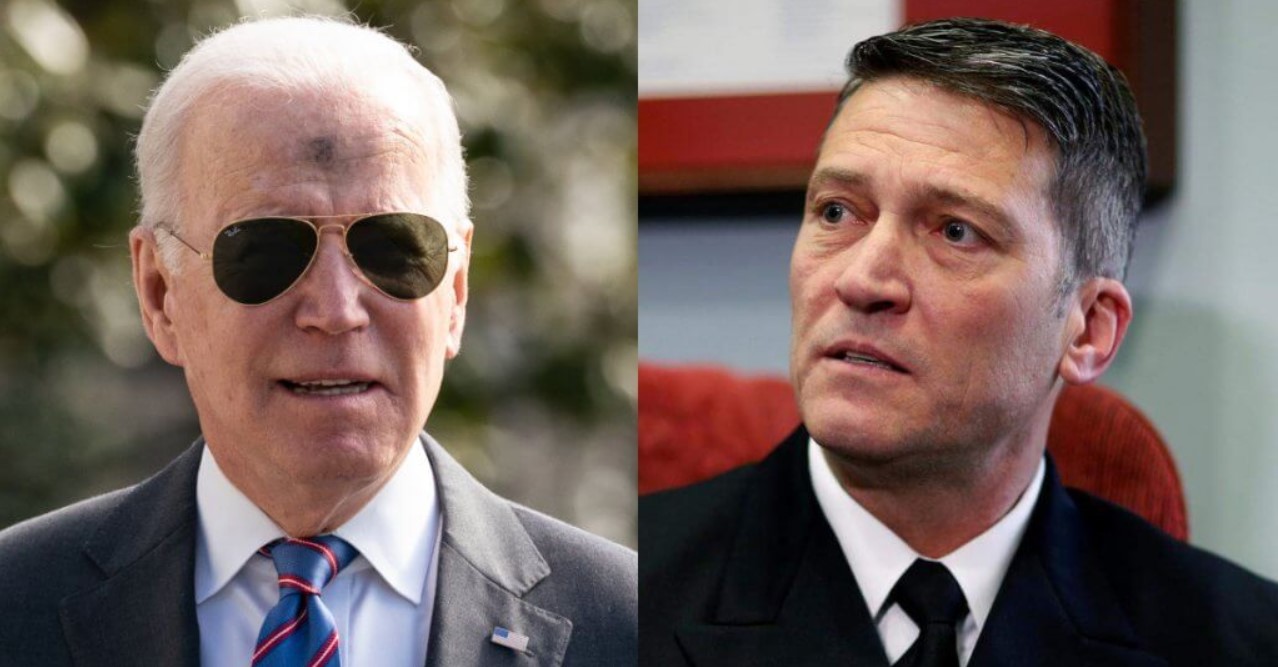 President Joe Biden is suffering from “cognitive decline” warns the former White House physician for Barack Obama and Donald Trump, adding, “there’s a lot of jobs you can have out there that you can still be successful if you’re not at the top of your game. President of the United States is not one of them.”

“I saw [Biden] periodically throughout the years I was there … I wasn’t his physician at the time [but] I oversaw the guy that did take care of him … [and] I have seen the same thing everybody else saw.”

Jackson went on to explain that the marked changes he observed in Biden indicated something more serious than simple verbal stumbles was in play:

“Biden … was always prone to gaffes. But these aren’t gaffes anymore. Something’s changed toward — during the time that President Trump was our president, something happened, and Joe Biden started having another issue, a cognitive issue that’s related to his age.”

Jackson continued: “And like I have said before, I’m not his physician; I haven’t examined him, so I’m not going to make a diagnosis. But there’s a lot of diseases out there that have a big cognitive component, Parkinson’s, Alzheimer’s, multi-infarct dementia. I don’t know what he’s got going on. But he has something that’s causing him to have cognitive decline.”

Jackson added: “And it’s progressive, related to his age. And we — there’s a lot of stuff you can do, Maria. There’s a lot of jobs you can have out there that you can still be successful if you’re not at the top of your game. President of the United States is not one of them.”

Jackson has been in the hot seat for expressing his concerns. He was attacked by the media last November when he questioned the incomplete medical testing Biden underwent (and the raving reports released by administration leaders).

Jackson is pushing back, highlighting concerns regarding Biden’s mental fitness in a new book, “Holding the Line: A Lifetime of Defending Democracy and American Values.”

During his interview with Fox News, Jackson expressed his concerns that Biden has become a kind of puppet — manipulated and controlled by a variety of powerful parties:

“So I see a different Joe Biden now than the one that I saw when he was vice president at the White House,” he said. “And I think there’s lots of tape and lots of video for 40 years of this man’s career. And anybody can go back and compare some of those earlier years and some of the gaffes to what’s happening now. And this is something very different. This is something very concerning. This man is not in control. And he’s not leading this country. Something else is going on behind the scenes. And there are other people pulling the strings. And that is very concerning for us.”

“And, like you said, every — all of our adversaries see this as a window of opportunity right now,” he said. “Everyone is going to try to get away with everything they can before he’s done. I’m talking about China and Russia and Iran and everybody. This is putting our country at great risk right now.”

A criminal probe of Trump could complicate Jan. 6 cases