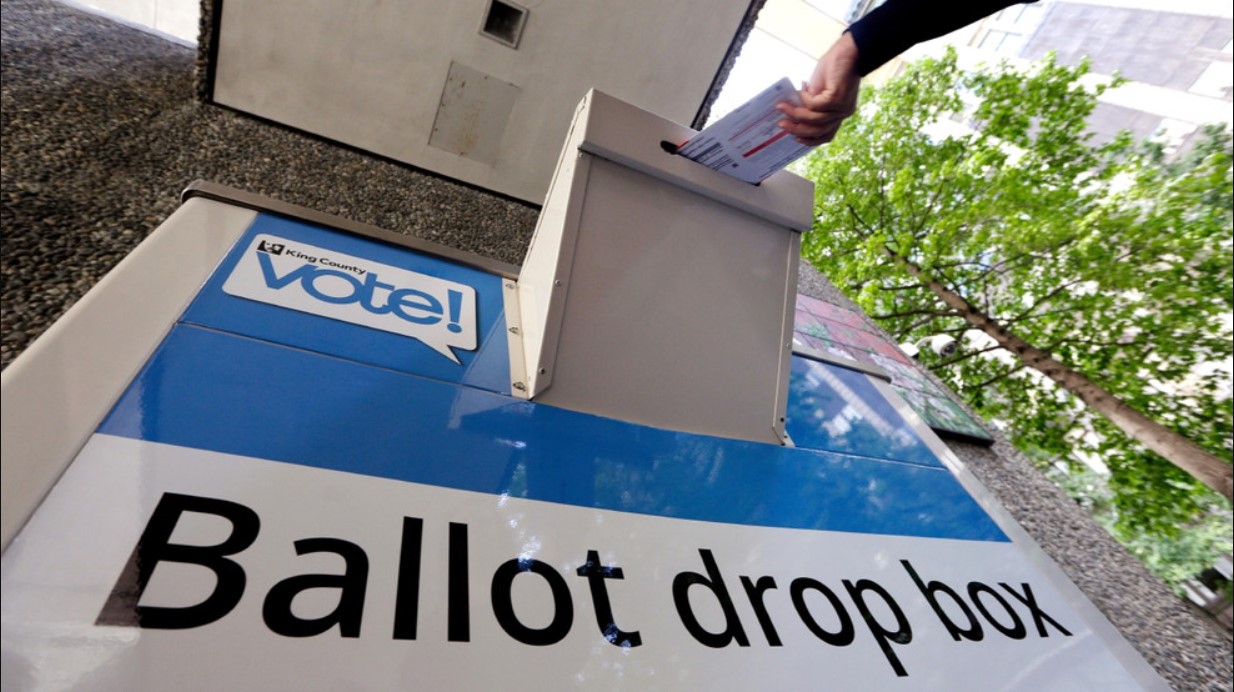 Washington State Democrats are furious after Republican activists announced they are organizing surveillance teams to record ballot drop boxes in the state.

For years since Washington state, like its neighbor Oregon, started their mail-in ballot schemes NO REPUBLICAN has won statewide office for some reason.

Better yet — Democrats in the state passed legislation that allows people to drop off legal mail-in ballots for other voters with no restrictions. And you wonder why Democrats keep winning?

But now Democrats are very worried that their ballot traffickers will be caught on camera like in the battleground states in 2020.

Democrats are using the old stale line that this is “voter intimidation”.

Signs were posted over the weekend near ballot boxes in several Seattle-area locations, with red letters warning the boxes are “Under Surveillance” and saying that accepting money “for harvesting or depositing ballots” may violate federal law, The Seattle Times reported.

A scannable code on the signs leads to the King County Republican Party website and a form encouraging people to submit “election incident” reports, including photos and video.

While it’s legal for people to observe the county’s ballot boxes, Watkins said King County Elections has notified the county prosecutor’s office “to check on the legality” of the effort.

Washington law allows people to drop off legal mail-in ballots for other voters with no restrictions.

STEVE BANNON ON FIRE! Video Recaps from Days 1 and 2 of Political Show Trial — PLUS STEVE BANNON SPOUTS OFF ON MEDIA! (Video)